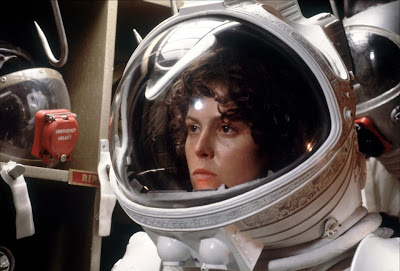 "As a caveat, I don't get into boxing a movie into a "sci-fi" category instead of some other genre as I think some of the best movies out there easily cross multiple genres.  (For example, I think you can just as easily argue that Blade Runner is a Film Noir instead of a "sci-fi" movie).

In no particular order, but if there is an overriding theme in my list it is that I feel that each of these movies have been incredibly influential on movies and popular culture (so much so that I think their impact is self-evident):


7)  Close Encounters of the Third Kind

Bruce, I am thrilled to see that Outland (1981) made your list.  I am a big fan of that movie, and think it is time to watch it and review it again for the blog.  I feel it was always unfairly dismissed with the "space western" label, when in fact some of the production design is exquisite, and the ideas about corporations very timely.