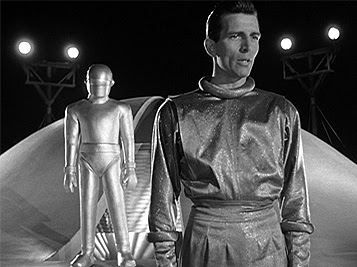 My good friend Terri Wilson, the writer at the great blog In The Comfy Chair, contributes our second reader's choice, top ten list of sci fi films.  However, Terri hedges just a little and gives us an eleventh choice too.

My choices aren't necessarily favorites. In fact, I've never even liked "2001."  But they are what I consider to be game-changers.  Be it in special effects, pushing the genre in a new direction, or simply becoming icons to their generations.  In chronological order: