An asteroid is a rocky or metallic space body, generally smaller than a planet and sometimes referred to as a planetoid.  In cult-television history, the asteroid has been depicted as a wandering threat which, through collision, can imperil inhabited and civilized worlds.  In other cases, an asteroid has been seen as the ideal location for an advanced outer space base or headquarters. 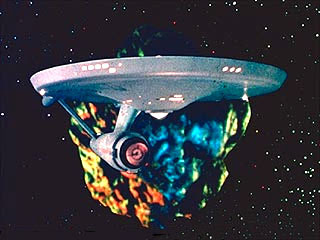 The original Star Trek (1966 – 1969) featured asteroids of both varieties during its third and final season.  In “The Paradise Syndrome,” Captain Kirk (William Shatner) and the crew of the Enterprise had to stop a sizable asteroid from colliding with a planet of Native American innocents.  Unbeknownst to the crew, the Indians were already protected (courtesy of a race called The Preservers) by the presence of an asteroid deflector on the planet surface.

In “For The World is Hollow and I Have Touched the Sky,” the Enterprise encountered a sealed-off society, Yonada, inside another giant asteroid.  The asteroid actually housed a generation ship, one ruled by computer. Once again, the crew had to set right the collision course, and help the people of Yonada (descendants of the Fabrini) develop a more stable and free culture. 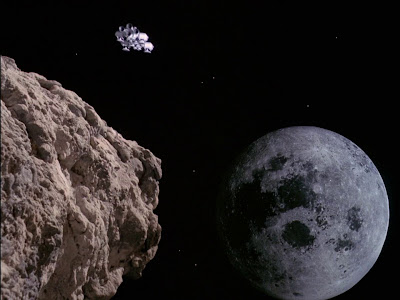 In Gerry Anderson’s Space: 1999 (1975 – 1977) asteroids were also depicted regularly, and also often threatened collision, as was the case in “Collision Course.”

In the episode “End of Eternity,” however, the Alphans found that a drifting asteroid was actually the prison for an alien called Balor (Peter Bowles).  In this case, Balor -- named for the ancient God Baal -- was a kind of devil or Satan figure (“cast our” from his evolved world of Progron), and so the asteroid represented, in some fashion, a kind of underworld or Tartarus from which he was released.  A second season story of the series, “Mark of Archanon,” saw Maya (Catherine Schell) and Commander Koenig (Martin Landau) navigating a dangerous asteroid field in an Eagle.  Yet another second story featured a jeweled asteroid called "Kalthon." 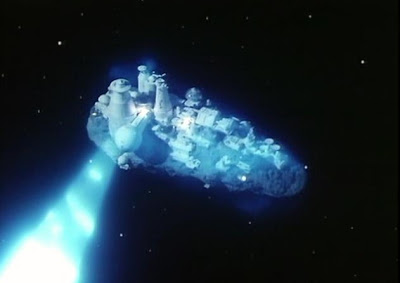 The live-action Filmation Saturday morning science-fiction series Space Academy (1977) and follow-up Jason of Star Command (1978 – 1977) also utilized a single asteroid as their main setting.  Here, a complex architectural structure was built upon the asteroid’s rocky surface, and the asteroid even boasted engines which could transport the base through space at warp speeds.  Even today, the miniature looks rather impressive. 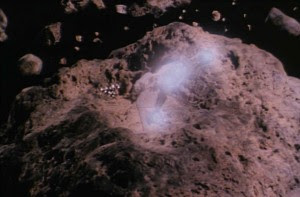 Asteroids have frequented other space-based programming as well.  Buck Rogers in the 25th Century (1979 – 1981) featured a segment called “The Return of the Fighting 69th” in which notorious gun-runners hid inside an asteroid belt, on a secret base there.  In the second season story, “The Golden Man,” the Searcher ran aground on an asteroid (!). 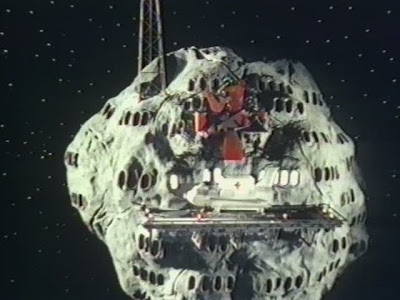 In Doctor Who (1963 – 1989), a fifty-first century structure, Titan Base, was built upon an asteroid in the 1978 serial “The Invisible Enemy.”  And in the 1975 story “Revenge of the Cybermen,” the asteroid/planetoid of Voga wandered into Earth’s solar system and became the target of the Cybermen.

On Star Trek: The Next Generation, (1987 - 1994) the third season episode "Booby Trap" saw NCC-1701-D trapped inside an asteroid belt, the last "victim" of an ancient, interstellar war.  In a nerve-wracking finale, Captain Picard (Patrick Stewart) had to pilot the Enterprise out of the belt using only thrusters...lest his ship be trapped forever.
at January 28, 2013