Thundarr the Barbarian in "Trial by Terror" 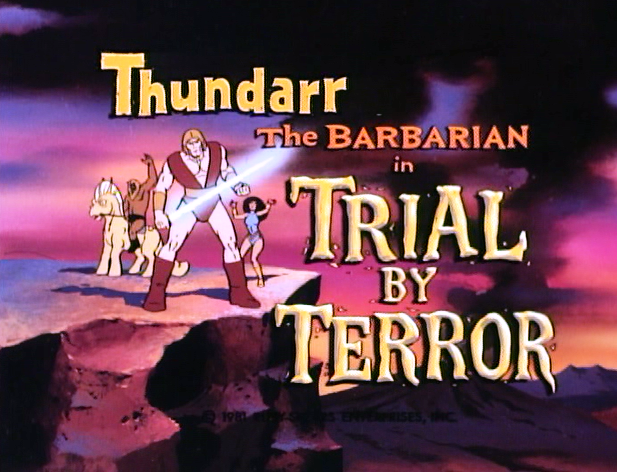 In “Trial By Terror,” Thundarr, Ookla and Ariel arrive in Atlanta just in time to save Thundarr’s friend, Thorak from execution by the corrupt town’s sheriff and his pig-man deputies.
Specifically, Thorak has been accused of stealing fuel needed by the local villagers.  However, Thorak disputes these charges vehemently and Thundarr believes his friend.
Behind the scenes, a wizard named Artemis -- who lives in a Southern plantation -- is pulling the sheriff’s strings.  Specifically, Artemis needs the valuable fuel so he can launch his fearful new weapon, a vehicle called a “death ship…” 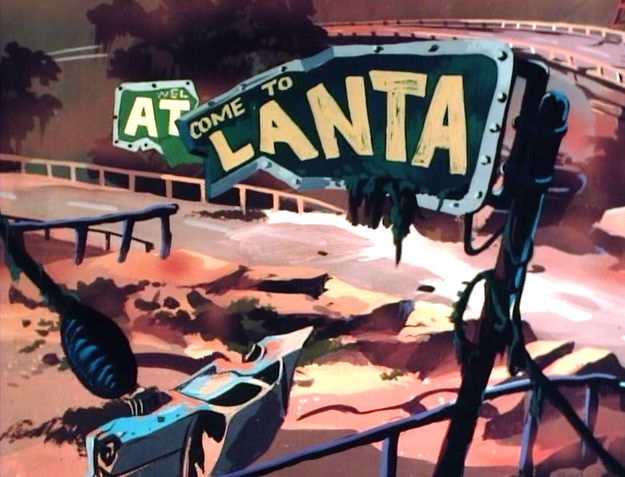 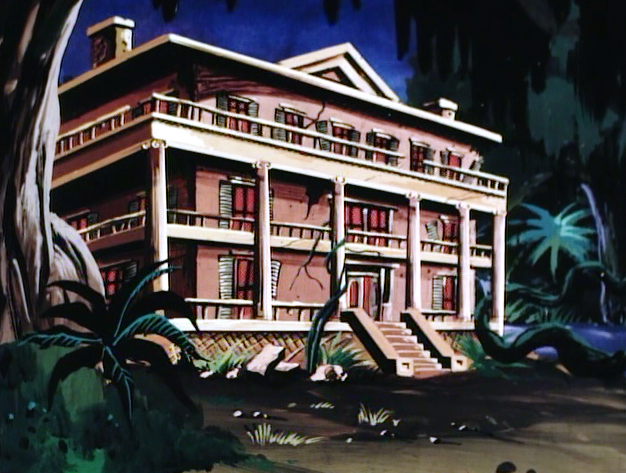 What we’ve got here is a failure to communicate…
Actually, what we have here is another Thundarr the Barbarian (1980 – 1982) episode that functions -- in an under-the-radar fashion -- as a kind of social critique.  Specifically, the episode looks at the Deep South, and the corruption it imagines there.
“Trial By Terror” opens with beautiful, highly-detailed images of post-apocalyptic Atlanta, and then moves into such weird imagery as uniformed pig-people driving pre-holocaust police cruisers.  Now, this is where the commentary comes in, at least in a visual sense. These police officers are, literally, pigs.  Modern slang often associates police officers with swine in terms such as “pig” but also “bacon” and “Trial by Terror” actually literalizes the concept. 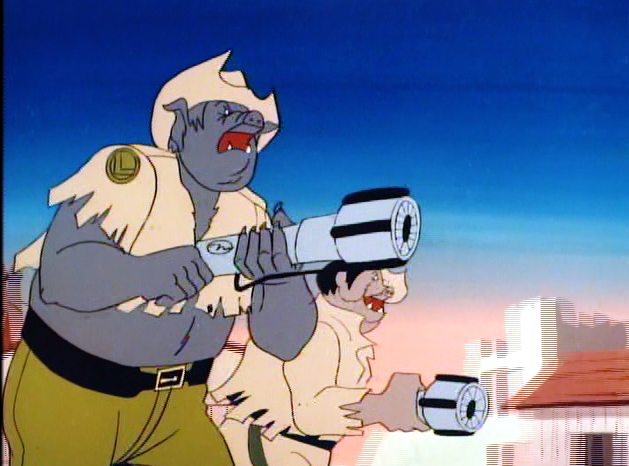 The pig metaphor works here, in large part, anyway, because the episode strongly creates the impression of corrupt law enforcement officials “feeding from the trough.” Even the human sheriff is fat, and resembles a pig.  Think Boss Hogg on The Dukes of Hazzard. It’s much the same idea here, only with actual pig-mutants serving as police.
Also, there’s a commentary in “Trial By Terror” on entitled aristocracy. Artemis is an effete, over-dressed wizard who lives in a plantation, far away from the ebb and flow of village life.  He wants to control the village, however, and so “buys” the sheriff and the police force, essentially, to make his wishes come true.  But, of course, he doesn’t stand a chance against Thundarr. 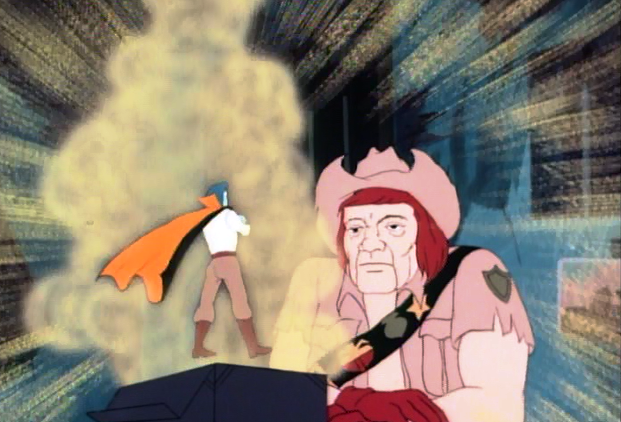 “Trial by Terror” features some of the weirdest visuals yet featured on Thundarr the Barbarian. One shot shows pig-man police officers attacking Thundarr while flying through the air on rocket packs. 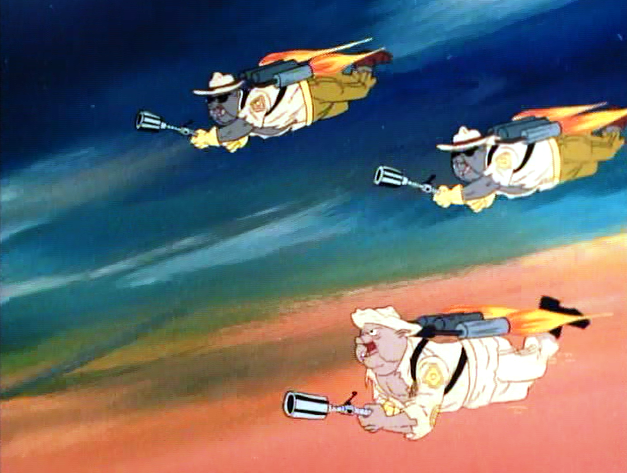 That’s not something you see every day…unless you make it a habit to watch Thundarr: The Barbarian.
at August 01, 2021