“John Blackstar -- astronaut -- is swept through a black hole into an ancient alien universe. Trapped on the planet Sagar, Blackstar is rescued by the tiny Trobbit people. In turn, he joins their fight for freedom against the cruel Overlord, who rules by the might of the Power Star.  The Power Star is split into the Power Sword and the Star Sword.  And with the Star Sword in hand, Blackstar -- together with his allies -- sets out to save the planet Sagar….This is his destiny!”
-Introductory Narration to Blackstar (1981) 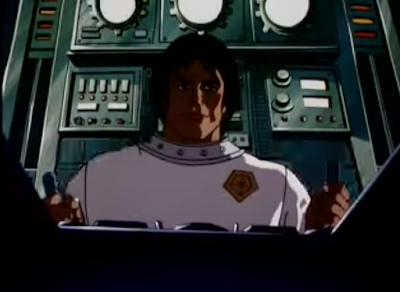 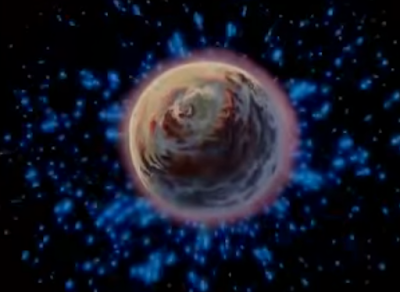 Our next Saturday morning blogging spotlight falls on another much beloved Filmation animated series: Blackstar (1981).
Blackstar is the tale of an Earth astronaut, John Blackstar (George DiCenzo) who unwittingly travels to another universe – hence a Buck Rogers or Flash Gordon figure -- and joins the fight against a tyrant much like Ming the Merciless: The Overlord.
Many viewers have noted the similarities between Blackstar and another animated program: Thundarr the Barbarian (1980-1982).
John Blackstar, like Thundarr, carries a special weapon (the Star Sword rather than the Sun Sword), and is assisted by a beautiful woman with magical abilities (Mara [Linda Gary], rather than Princess Ariel). 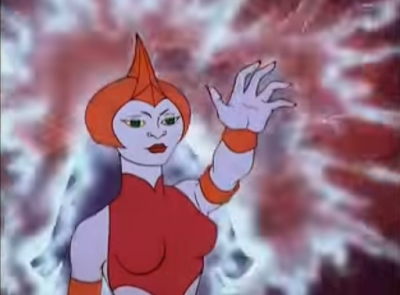 Both series also involve landscapes or terrains that seem fantastic, but have a strong basis in science fiction. Thundarr dwells in a far-future, post-apocalyptic world, and Blackstar does so in an alternate universe (and planet) of dragons and gnome-like beings, as well as sorcerers. Blackstar is also assisted by a kind of “resident” alien character, not Ookla the Mok, but rather Klone (Patrick Pinney), an elf-like shape shifter. 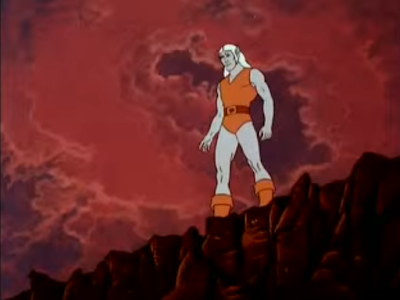 Unlike Thundarr, Blackstar faces off against a recurring villain, the Overlord (Alan Oppenheimer), and has a regular steed: the green dragon, Warlock.  Blackstar is also a man of color perhaps a Native American (forecasting Filmation’s Bravestarr [1987-1988]) or perhaps a Latino. The series’ Trobbits also have a reflection in Bravestarr: the diminutive Prairie People. 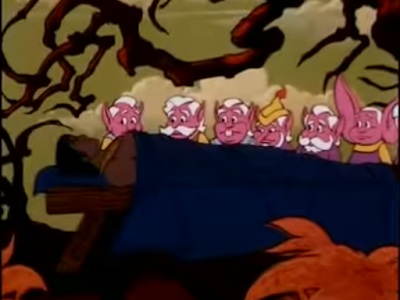 Many viewers of Blackstar have gazed at the series from the opposite perspective, and judged it a crucial influence on the much more successful, much more popular He-Man and the Masters of the Universe (1983-1985).  That series features a hero (Prince Adam) on an alien planet (Eternia rather than Sagar), who also wields a sword (The Sword of Power), and battles a recurring villain voiced by Oppenheimer: Skeletor. 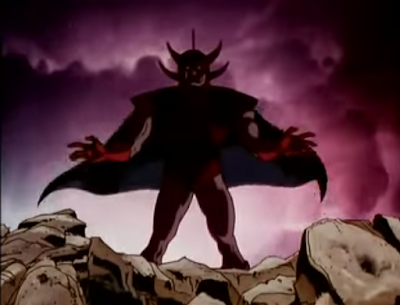 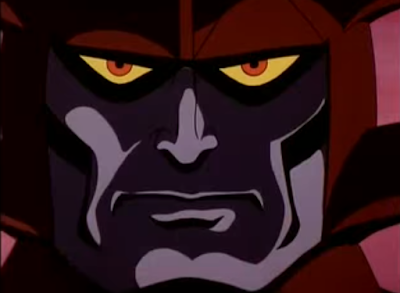 Historically-speaking, He-Man is important to Blackstar for another reason. Blackstar ran for just one season of 13 half-hour episodes on CBS before it was cancelled. The runaway success of He-Man and the Masters of the Universe, however, resulted in local stations showing reruns of Blackstar in syndication, and giving it a second life.  It was in that second life that a number of toys and playsets were released.
The stories for Blackstar are action-packed, and some are written by great genre vets such as Marc Scott Zicree.  Some elements are common. Overlord, for instance, often harnesses the power of a minion (like the “Time Lord”) to achieve his goals, but they are vanquished by the forces of good.
Similarly, John Blackstar often comes to the aid of the Trobbits (think Trees+ Hobbits + Smurfs), little pink-skinned, white haired gnomes. The Trobbits live in a big red tree, over which a purple rainbow hangs in the sky. Some of the prominent gnomes are named Balkar, Paul, and Gossamear. 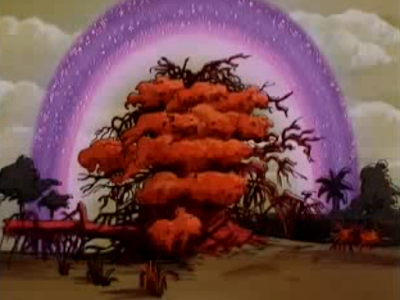 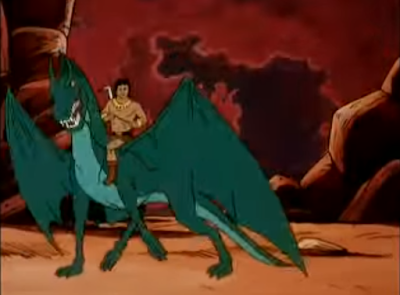 I watched Blackstar on its first run and loved it, though today I don’t believe it holds up as well as Thundarr does. One of the key delights of Thundarr is the “wreckage” of our world in the “fantasy” landscape of Thundarr’s world. Blackstar has no similar conceit that adds an extra layer of interest and meaning to the proceedings.
at August 21, 2021