Blackstar: "City of the Ancient Ones"

In the first episode of the Filmation animated series Blackstar (1981) -- titled “City of the Ancient Ones” --the evil Overlord (Alan Oppenheimer) awakens the sorceress Amber from stasis in the temple of the Cave Apes.
The villain hypnotizes Amber to believe that Mara (Linda Gary) and Blackstar (George DiCenzo) are her enemies, and then asks her to take him to the city of Tamborian, where he hopes to learn the secret powers of the Ancients.
In particular, Tamborian is the home of the Sanctum of Wisdom, where secret scrolls are stored.
Blackstar and Mara -- who was once Amber’s close friend -- must put a stop to the Overlord’s quest, and contend with Tamborian’s giant robot guardian.
When the Trobbits attempt to help too, Amber captures them inside her power ring… 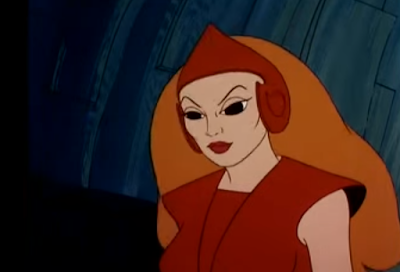 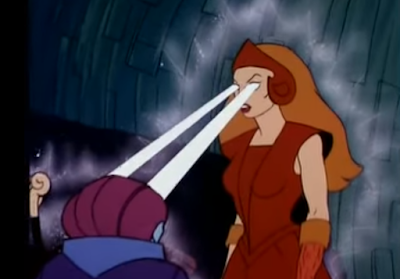 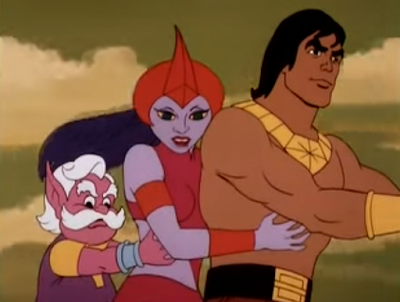 “City of the Ancient Ones” sets the template for future Blackstar episodes. The Overlord hatches a plan that could give him supreme power, using the magic of a minion (in this case the brainwashed Amber), but runs straight into the muscular brick wall that is John Blackstar.
The episode ends with order or the status quo restored and the Overlord foiled.
Much more intriguing than this cut-and-paste plot-line, however, are the little details of the story and characters.
For example, Blackstar notes straight-up that he will “never get used to having such incredible strength,” suggesting that the gravity or atmosphere of alien Sagar makes him more powerful than he would be on Earth.  Flash noted the same thing of his strength on Mongo in an episode of Filmation’s Flash Gordon (1979-1981), but it was smart for Blackstar to get that explanation out of the way in the initial episode. 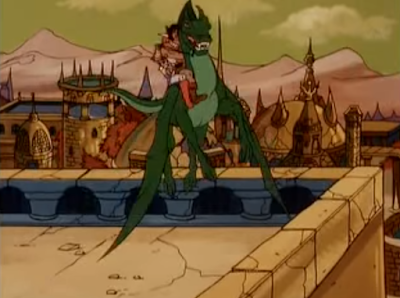 Also, I appreciate this episode because it suggests that Sagar boasts a long and interesting history. The object of the Overlord’s quest is a city where power awaits him, a city that only Amber knows the location of.
We are left to ponder how Sagar went from civilizations like Tamborian to the relative barbarism we see in these 1 episodes.  Perhaps warlords like Overlord have plundered its treasures and squelched its freedoms for generations. This idea is implied in Mara’s dialogue. “I wonder if the planet will ever get back to the peacefulness of ancient times,” she muses.  So, like Altrusia on Land of the Lost (1975-1977), Sagar offers a civilization not on ascent, but in decline. 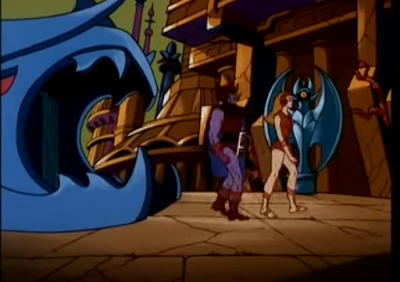 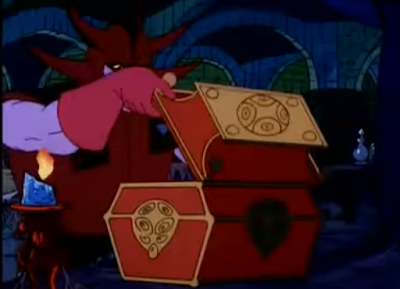 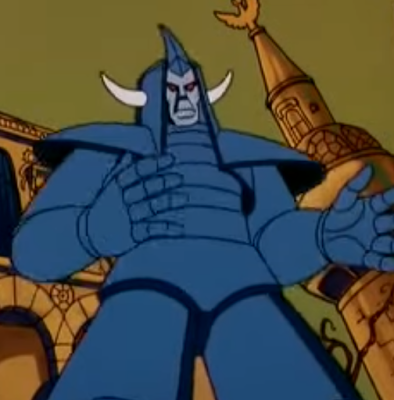 One sub-plot in “City of the Ancient Ones” that seems strange involves the fact that Mara apparently knows where Amber is trapped (in the caverns of the cave-apes), but has never sought to rescue her friend.  I like the idea, however, that a woman named “Amber” has a bejeweled ring that can trap enemies inside it.  The Trobbits are frozen, essentially by Amber, if not actually in Amber. 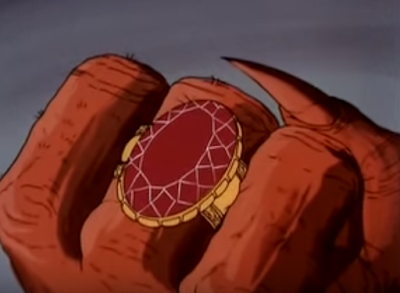