I'm pleased as punch to have a new film/TV/nostalgia writing gig (twice a week) over at Anorak, and my first work has just been posted this afternoon

It's called "They're Dead. They're All Messed Up" - How George Romero's Night of the Living Dead Recreates the Unrest of 1968," and it is timed to celebrate the return of The Walking Dead, Season 4.   Basically, it's a review of Night, taking into account, primarily, the historical context in America.

"THE AMC original TV series Mad Men (2007 – ) set its latest season against a disquieting historical backdrop: the turbulent events of the year 1968.
Specifically, Matthew Weiner’s award-winning period drama book-ended the season with allusions to two classic genre films from that year: Franklin Schaffner’s Planet of the Apes and Roman Polanski’s Rosemary’s Baby.
Both are excellent selections that showcase, respectively, global and spiritual apocalypse.
Yet there is another film — one released on October 1st, 1968 — that also represents perfectly the turmoil of America during that season: George A. Romero’s Night of the Living Dead...." 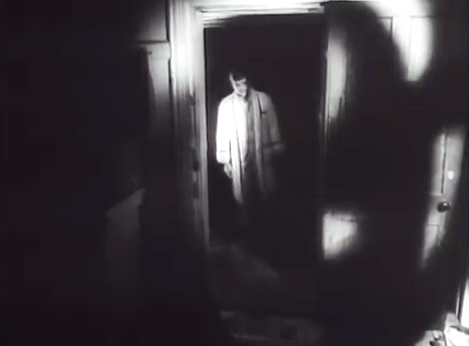 I hope you'll read the rest of the article, and leave a comment on Anorak.  I'll keep you up to date here as other JKM reviews pop up there as well...
at February 03, 2014

Email ThisBlogThis!Share to TwitterShare to FacebookShare to Pinterest
Labels: Anorak, George Romero, Night of the Living Dead, The Dead Series