Last Halloween, I blogged about the Matchbox Talking Freddy Krueger doll from the 1980s that was so scary it was removed from toy store shelves (for frightening children...).
Well, the Internet can be a most amazing place, and recently, I was contacted via e-mail about this great 1980s collectible by the toy's original sculptor, Rich Roland.
Mr. Roland wrote me to provide some new background about the toy, including photographs of his Freddy sculpt.
He writes:
"I took a few photos for you to see the original size of Freddy's head, close up and un-painted."
"It's my artist's proof casting at full scale of the polished wax sculpt super-master I created, that eventually would be burnt out of the mold, lost wax method. This way they have bunches of seamless vinyls to use as masters and go into production. Castings shrink 3.5% each time, so by the time it gets to market it's 7% smaller than my original."
"At the risk of boring you any more with this techno talk, just imagine how washed out and small Talking Freddy doll was by the time it was bought out from Matchbox and sold at Spencer Gifts by a new manufacturer years after the toy was banned from the shelves because of the AFA and conservative mentalities you mentioned. Right on. It was a first! Ha. The news even made it to Entertainment Tonight. I have the event somewhere on VHS packed in the attic somewhere..."
Mr. Roland also passes along the news that his love of monsters runs in the family.  His daughter, Tina -- who at age 5 was terrified of the Freddy Doll in her living room -- has gone on to design several interesting characters and creatures of her own.  You can check out Tina Roland's web site, here.
I want to thank Mr. Roland for sharing with me and the readers some more history behind the creation of such a memorable 1980s collectible... 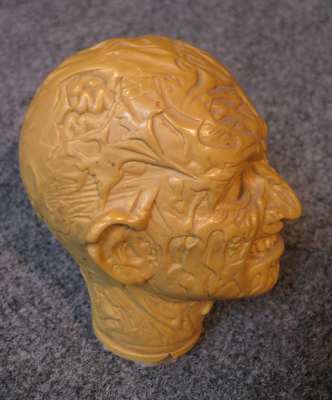 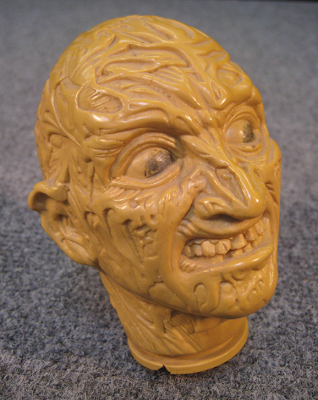 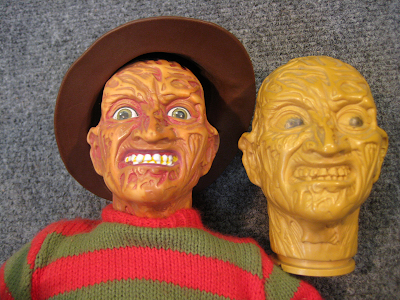