In “What Have They Done to the Rain?,” the ninth episode of Star Maidens (1976), Dr. Rudy Schmidt (Christian Quadflieg) -- a human, male prisoner on Medusa -- is working surface detail on the planet when he notes a dangerous chemical change occurring there. His men are endangered, and a Medusan supervisor sentry slips into the mud, and is destroyed.

Rudy warns Medusa’s president, Clara (Dawn Addams) that something deadly is occurring on the planet, and Medusa’s “Destiny” computer makes the same dire prediction, but can’t compute the reasons why. The computer observes that the “entire planet is under threat.”

Rudy and Liz (Lisa Harrow) conduct their own investigation -- over Octavia’s (Christiane Kruger) objections about a man contributing to the planet’s knowledge-base -- and find that structural areas of the city are collapsing. Toxic waste dumped on the surface of Medusa by the government have created chemical deposits that are eating through the crust of the planet…which is now starting to split. The rain, in conjunction with Medusa’s artificially-produced atmosphere, are accelerating the process of splitting the “shell” of the planet.

With mud-slides occurring regularly, Rudy warns that the Medusans must de-activate their current, dangerous atmospheric processor, and go back to an older model. Octavia refuses to believe it, but President Addams, seeing the wisdom of Rudy’s warning, agrees to make the change. 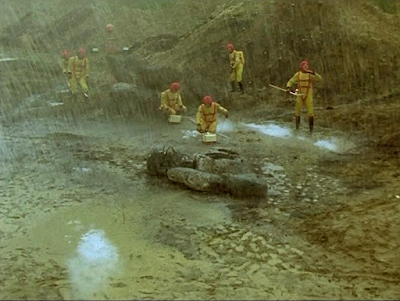 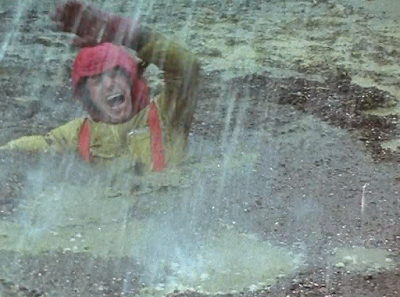 Once more, we are back on Medusa for an episode of Star Maidens, which means the focus is not on satire and male/female romantic relationships/power dynamics, but on sci-fi storytelling.  In “What Have They Done to the Rain?” Rudy asks a question that might be asked of our people, here on Earth: “Are you going to let your prejudices affect your lives?”

To wit: The vast majority of scientists here on Earth, in 2017, believe that humans are contributing to catastrophic climate change in a significant way, but some lawmakers and citizens refuse to believe the facts, because they disagree with the politics of the scientists, or because the facts conflict with their religious biases.  Or maybe, they economically benefit from not changing, from not adjusting to the facts.

But facts are facts, even if they come from someone who disagrees with you. Notice the title here, which is prophetic: What Have They Done..."  The "They" in question covers the government of Medusa, which is damaging the planet, without thought to the consequences.

So in this episode, facts are facts too, even if they come from a man (a lower class citizen in the matriarchy of Star Maidens). President Clara is, fortunately, able to allow reason to overcome her built in prejudice against men. Octavia, by contrast, is not able to do so. She can’t even believe that a man may have the knowledge to save her planet, because men are inherently inferior in her eyes. 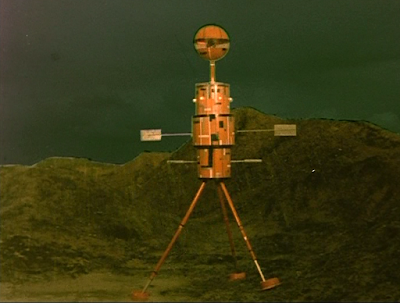 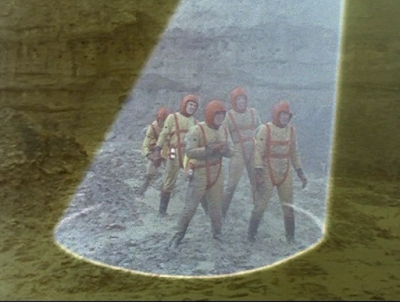 As Rudy suggests in the episode’s coda, he wins a “triumph” for men, by proving his science accurate to the President and governing council of Medusa. But beyond that, he also proves that science and facts are superior to self-aggrandizing mythology and the forces of inertia or the status quo. He is assisted in this effort by Liz, whose position as a woman on Medusa allows her to pick her own team for the investigation. She promptly picks Rudy, giving him a platform to address the problem, and have a voice in its solution. 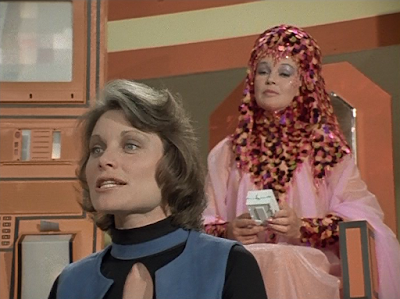 First, the episode makes extensive use of sound effects heard on the Gerry and Sylvia Anderson series, especially those heard in “Dragon’s Domain” and “Collision Course.”  If you are a fan of 1999, this heavy use of familiar sound effects can be very distracting.

Secondly, the story concerns a man (or woman…)-made problem -- toxins and pollution in the atmosphere -- and predicts disaster of the citizens of a planet do not change their short-sighted ways. In “Breakaway,” the 1999 premiere, Commander Koenig (Martin Landau) learns that the waste disposal area on the Moon, housing Earth’s atomic waste, is dangerous and unstable.

Those in power, such as Commissioner Simmonds (the late Roy Dotrice) refuse to accept the truth. Koenig attempts to resolve the problem, but fails, and a cataclysm occurs.  In this episode of Star Maidens, at least, Rudy helps the Medusans avoid this environmental disaster.

The only downside to this Medusa-focused episode is that a pattern is emerging. Rudy keeps proving the female population and government wrong, and that subtly suggests the series viewpoint.  It seems the makers of the series are implying that women are unfit or unsuitable to lead or govern. The next episode, "The End of Time," follows on in this pattern.

In 1954, Dell published a science fiction novel, The Body Snatchers  by Jack Finney. Finney's landmark work has been translated to ... 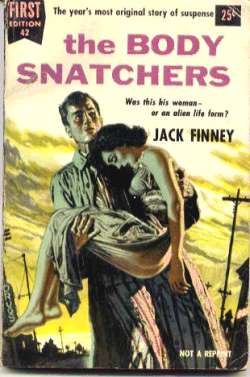