In “Hideout,” Star Maidens (1976) takes us back to Earth for the first time in a few episodes.  Adam (Pierre Brice) and Shem (Gareth Thomas) are still on the run from Fulvia (Judy Geeson), and Earth’s police hunt them down.

Adam and Shem hide in an apartment complex, but Adam is captured by authorities. This leaves Shem to befriend a lonely woman, Rose (Corny Collins), who has just suffered a break up with her boyfriend.  Shem heals Rose, providing an example of what a loving, supportive man can be like.

Rose, in turn, hides Shem from the authorities, demonstrating her love and affection for him.

When Rose is nearly killed by going down a waterfall at a local park, Shem risks exposure to save her life. The police capture him and bring him to the angry Fulvia. But Shem and Rose have shared something beautiful, despite the relationship’s outcome. 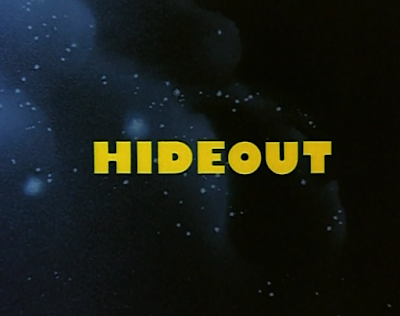 I was set, at the start of “Hideout” to slag the episode as a champion time-waster, a return to the early slapstick car chases and “run around” shows at the start of the season. But, as “Hideout” went on and the narrative developed, I began to see how it might function as one of the best episodes, actually, of Star Maidens.

Overall, this cult series functions by showing us mirror dysfunctional images. We see a human male and female from Earth try to contend with Medusa’s matriarchy, in some episodes, specifically those featuring Liz and Rudy.  And then we see a Medusan woman and man, Fulvia and Adam, deal with Earth’s patriarchy in the episodes set here, on our planet. 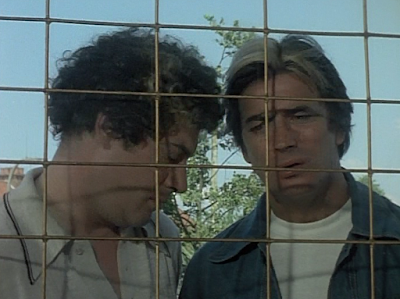 Both worlds and both situations are imperfect. In fact, both are highly imperfect. “Hideout” therefore functions as this little grace note, this little “carve out,” if you will, of what a strong male/female relationship could look like, on either planet.

In particular, Shem treats Rose with respect, loyalty and love. He helps her endure during the times she is weak, and he helps her to be strong. Rose responds in kind, housing Shem, trusting Shem, and choosing to help him when she could simply turn him in to the authorities. They develop a perfect symbiosis. 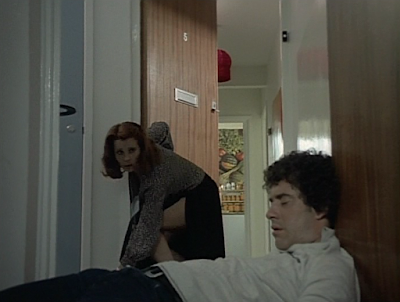 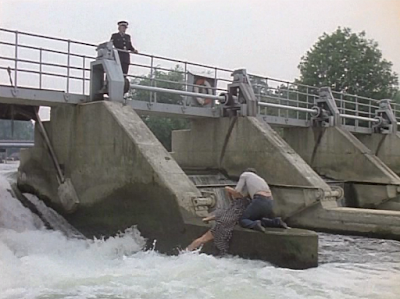 If you look at the relationship, it is clearly one of give and take, not of set-in-stone matriarchy or patriarchy. Shem and Rose independently take the lead in the relationship when there is a void to be filled; but they do so to heal and fill the deficits of their opposite number. The Shem/Rose relationship is perhaps the only positive male/female relationship we witness in the entirety of Star Maidens.

This fact makes “Hideout” of great significance. There is so much political, sex role maneuvering in the series, between Fulvia and Adam, even on Medusa between Rudy and Octavia. There is absolutely none of that here. This story is simply about two people attempting to be together in a world that is out to destroy them, and their love.

This story features almost no science fiction trappings, but it doesn’t matter. “Hideout” is the episode about the fact that men and women can get along. In a series about the war between the sexes, the commentary it offers is vital.