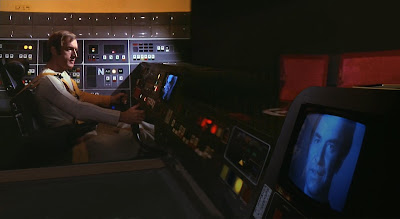 A cockpit is the pilot's compartment or section of an aircraft or spacecraft.

In cult-TV series, the cockpit has been a major location for action, especially in series involving space dogfights. 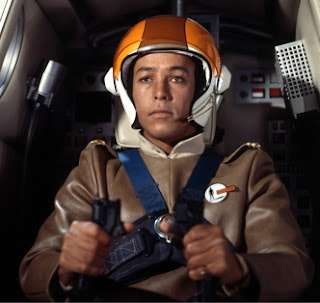 In UFO, we see the cockpits of the Skydiver jet, and the UFO Interceptors, for example.

In Space:1999, scenes often involve Captain Alan Carter (Nick Tate) ensconced at the controls -- in the cockpit -- of an Eagle transporter. 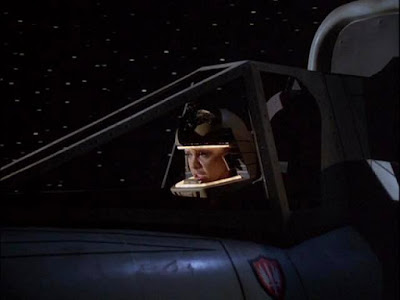 Both editions of Battlestar Galactica -- 1978 and 2003 -- have similarly featured many sequences inside the cockpit of the one-person Colonial fighter known as a Viper.  In the original series, the Viper cockpit is outfitted with a talking computer called C.O.R.A. for at least one episode, "The Long Patrol." 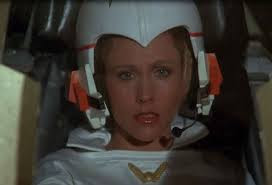 Buck Rogers in the 25th Century (1979-1981) takes audiences behind the controls, and into the cockpit of such ships as the Directorate Starfighter, and Hawk (Thom Christopher's) Hawk Fighter.

We also see, in episodes such as "Planet of the Slave Girls" and "The Plot to Kill a City," the cockpit interior of alien fighters.

In Space: Above and Beyond (1995) -- in many ways a precursor to the new Battlestar Galactica (2003-2008) -- several episodes involve space dogfights, and showcase the action from the interior cockpit of the Earth hammerhead fighters.


Farscape (1999 - 2004) features several episodes, including the premiere, in which American astronaut Crichton (Ben Browder) flies his space shuttle-like craft from a cockpit.  Even Firefly's (2002) Serenity has a cockpit, in a sense, rather than a traditional "bridge" or "control room."