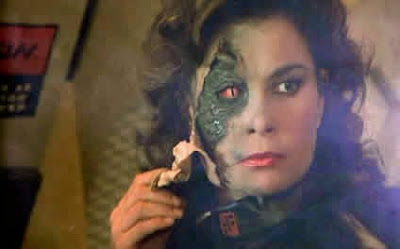 A disguise is a means of altering one's physical appearance and thus concealing true identity.

Disguises have been a mainstay of cult-television for several decades.

In Dorothy Fontana's "Journey to Babel," for instance, an Orion Pirate was surgically-altered and disguised to appear as an Andorian named Thelev in a diplomatic party attending a Federation conference. 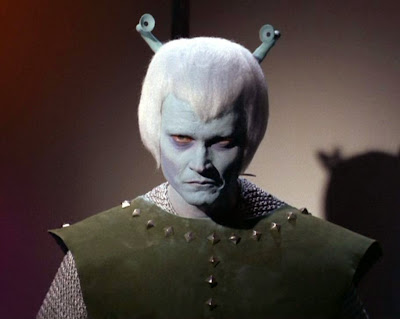 In the third season, Fontana's "The Enterprise Incident" saw Captain Kirk (William Shatner) surgically-altered, similarly, to pass as a Romulan officer so he could steal a top-secret cloaking device. 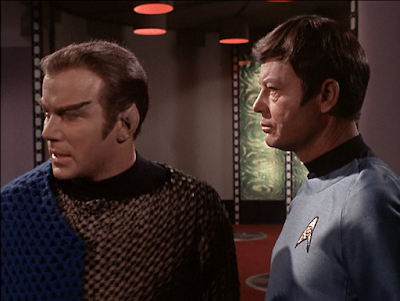 In the era of The Next Generation (1987 - 1994), Captain Picard (Patrick Stewart) and Cmdr. Data (Brent Spiner) were also surgically-altered to appear as Romulans so they could go deep undercover on Romulus and discover why Ambassador Spock (Leonard Nimoy) had apparently defected.  This occurred in the two-part story "Unification." 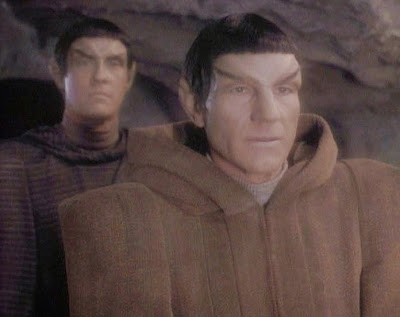 Nefarious aliens, hoping to take over planet Earth or merely fool Earthlings have also appeared in disguise frequently.  The most famous example may be The Visitors of V: The Series (1985-1986) and its 2009 re-make.  In both cases, reptilian aliens disguised as humans come to Earth offering peace, but boast a secret and malicious agenda.

Before V, disguised aliens also threatened humanity in other series.  In Space:1999's (1975 - 1977) only two-part episode, "Bringers of Wonder," alien blob creatures create the illusion that they are human beings, and visit Moonbase Alpha. They pretend to be the loved ones of the Alphans but actually want to blow up the nuclear waste dumps and imbibe the resulting radiation. In this case, intriguingly, the disguise is created by mind control; by telepathy.  Only Commander Koenig (Martin Landau), who has suffered an injury in an eagle crash, can detect the aliens as they truly are. 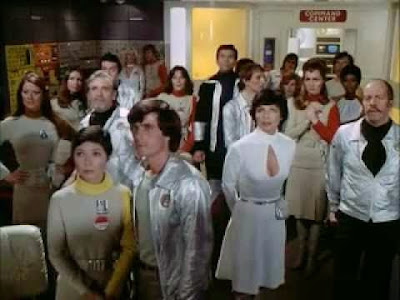 Buck Rogers in the 25th Century (1979 - 1981) actually appropriated the same story line in its second season.  In "The Mark of the Saurian," reptilian aliens were pretended to be representatives of the Earth Directorate.  Only Buck -- suffering from an illness -- could detect the aliens as a danger to peace.

Mission: Impossible -- both the 1960s version and the 1980s remake -- featured disguises all the time. On a regular basis, in fact. There was almost always one character on the IMF squad, whether Rollin Hand (Martin Landau) or Paris the Great (Leonard Nimoy) who would change identities thanks to masks, costume changes, glasses, fake beards and other fiendish disguises. 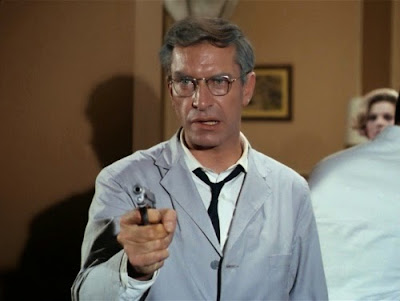 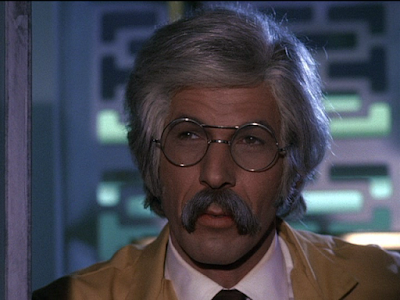 Characters going undercover on assignment use disguises too in cult-tv history.  Mulder (David Duchovny) and Scully (Gillian Anderson) for instance, pretend to be newlyweds Rob and Laura Petrie (and Mulder wears an uncharacteristically preppy Polo shirt...) in the sixth season episode of The X-Files, "Arcadia." 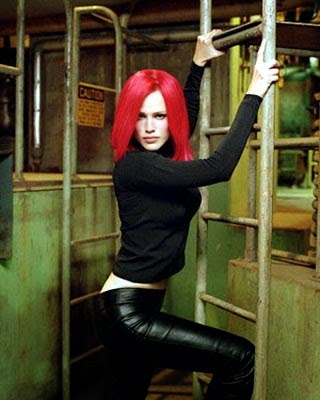