Ask JKM a Question: "Crossing the Line of Good Taste" 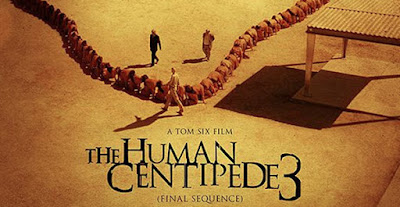 A regular reader, Sean, writes:
“Hello sir,
I am a long time cult movie fan, and horror movie cinephile, who enjoys films intended to shock and terrify as well as pose constructive criticism on society.
Growing up I gave very little thought to "Good Taste Line" and the how far over that line my favorite films (Aliens, The Thing, Hellraiser etc.) went. Usually they had good reason, and like in Battle Royale, the violence was usually graphic for a reason.
You can't claim Cronenberg's The Fly or Silent Hill would be effective if they didn't cross well beyond the line that most would consider in good taste.
This leads me to the human centipede films. A trilogy (as of this writing) of films I detest and abhor.
Maybe I'm missing something, but to me these films have no real reason to exist, and no redeeming qualities beyond a cheap gross-out. And it's a little strange to hear this sentiment in my own words, echoing the critics of the classic and new horror films I adore.
So what films cross the line for you John? What films push the envelope beyond what you consider kosher, or palatable?
Why are some films classic and brave for the dark places they go, and others simply crude? Also, is there some positive aspect of the Human Centipede films I'm missing?

Very curious as to your thoughts here, keep up the good work as always.” 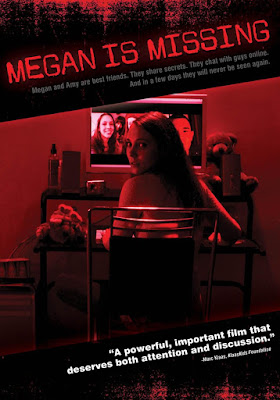 Sean, that’s a very interesting question, and I must admit that I have grappled with The Human Centipede. I've watched the first film but not the second or third.

I appreciate how effective the original film is in creating (terrible) imagery in the mind, though not on-screen. The film utilizes the power of suggestion in a potent way, without really showing anything terribly gory.

But I wonder and wonder (and stay awake wondering, actually..) what the social value or commentary is supposed to be.  I have not been able to determine it.  I have read reviews that claim the film is an allegory for the brutality of the Nazis, but I don't see that.

That’s not to say it social commentary definitively doesn't exist, but, as I said, I don't see how it is applied in anything approaching a consistent, meaningful, or even visible way.

But if I don’t even have an idea -- and I’ve tried -- that fact says to me that the film is more about debauching audiences, and less about being horrific for a valid, let alone pro-social, pro-human reason.

Another movie I watched recently really crossed the line for me: Megan is Missing (2011).

It’s a found footage horror film about two fourteen year old girls who encounter a predator online, and then are tortured, brutalized and murdered by him.

What happens to these two girls is horrible.

I understand, of course, the film’s apparent social undercurrent: beware of those you don’t really know on the Internet. They could be monsters waiting to hurt you.

My problem is that the film absolutely wallows in the violence against one girl, Megan’s friend Amy (Amber Perkins).

As I noted above, she’s fourteen years old, and the film veritably revels in a scene in which she is thrown over on her stomach and raped.  We watch in close-up as the rape occurs.  The scene goes on beyond reason, beyond good taste, at close-up range.

I have noted before -- and more than once -- that children are not off-limits in terms of appearing in horror films.  Rape scenes have been vetted in many genre films too, including in films I’ve written positive reviews for (No Blade of Grass [1970], Last House on the Left [1972], I Spit On Your Grave [1978] and Irresistible [2002]).

In those cases, the rapes are quite graphic, but not a one of them features a tween suffering like this, in such close-up, blunt terms, and for such a duration.

Furthermore, the idea -- I fear -- that underlies the film, is that Megan and, by association her friend Amy, deserve their horrible fates because Megan is a “bad girl.”

Although the film describes her abuse at the hands of a stepfather starting at age nine, and reveals how she lets boys use her sexually so she will be popular, the underlying and ugly implication seems to be that because Megan is promiscuous, she deserves what happens to her.

And poor Amy, just by being her friend, deserves it too.

They meet the predator online, in other words, because they are bad girls. Because they didn't observe some rule, or listen to their parents.  The movie paints the sickest, meanest, most extreme possibility or outcome for their so-called mistake.

The real monster here is not them, however, but the rapist.  The girls were guilty of nothing more than trusting someone.

That "transgression" hardly earns the close-up, sustained torture and rape the audience is forced to witness.

We're supposed to watch, nod our heads in agreement, feel morally superior, and worry about what a dangerous place the Internet is, and how children who go on it are imperiled on a regular basis.

Those girls certainly learned their lesson, didn't they?

I can and will acknowledge that the film has moments of real effectiveness, due mostly to the performances by the two young women, but I also think it goes way overboard to make it’s point -- the Internet is a dangerous place for girls! -- especially considering that the main characters are minors.

The film is as ugly and dispiriting and as any horror film I’ve ever seen. It cloaks its brutality in a kind of self-righteous, "tsk tsk" mode.

If only those girls hadn't been chatting up a boy they didn't know!

The movie made me want to puke, for a lot of reasons.

You mentioned Battle Royale (2000) in your comment, and I'm glad you did, since it takes a very different approach.  That film works as a sustained commentary on its Japanese context, the youth crime wave of the late 1990s and the rise of cutthroat cram schools. The violence in the film demonstrates the viciousness of that behavior and competition. It goes to another plateau of reality (quasi-humorous, or over-the-top) so that we can understand we are vetting satire.

And as I’ve argued before, Last House on the Left is actually about how revenge -- even for horrible violence -- solves nothing (“the road leads to nowhere”), and so it is actually anti-violence, despite the brutality it often depicts.

In comparison, a film like Megan is Missing seems to talk out of both sides of its mouth.  It wants to tell us how bad the world is, and how dangerous it is for teens who grow up too fast.  But then it wants us to watch -- and watch and watch -- as those teens suffer horribly.

Their suffering isn’t ennobling, and it doesn’t lead to some idea about transcendence (see: Irresistible or Martyrs).

Instead, the suffering is just there to be lingered upon. It is stomach churning, but it isn’t socially valuable or illuminating.   The film wants us to think that because it is about an important topic (online predators), it is not exploitative.

In fact, it's one of the most exploitative I've ever seen.

So for me, Megan is Missing crosses the line in an egregious and unpleasant way.

A great horror film should question and challenge; it should shatter decorum and step across taboo lines.

But in doing so, one a viewer must feel that the reasons for those transgressions are valid, and that the film is taking such envelope-pushing steps with an understanding of its responsibility.

If it looks like a filmmaker is just crossing a line to get off on being bad, the result is debauchery, not terror.
at July 13, 2015