Saturday Morning Cult-TV Blogging: The Secrets of Isis: "No Drums, No Trumpets" (November 15, 1975)

In “No Drums, No Trumpets,” a ham radio operator, Fred (Mark Lambert) is irritated that he loses a science fair to a friend, Dorothy.  At a crucial moment, his radio malfunctions, and he gets angry.

Fred speeds away from the scene in his car, and promptly drives it over a cliff.

Isis (Joanna Cameron) arrives just in time to save him, summoning the wind to blow the vehicle back to the road.

Later, Mrs. Thomas, Fred and Dorothy visit a nearby ghost-town, where local thieves are hiding out.

Mrs. Thomas loses her Isis amulet during a staircase collapse, meaning she can’t stop the thugs, or save the teens.

Instead, Fred must use his twitchy ham radio to contact the authorities. 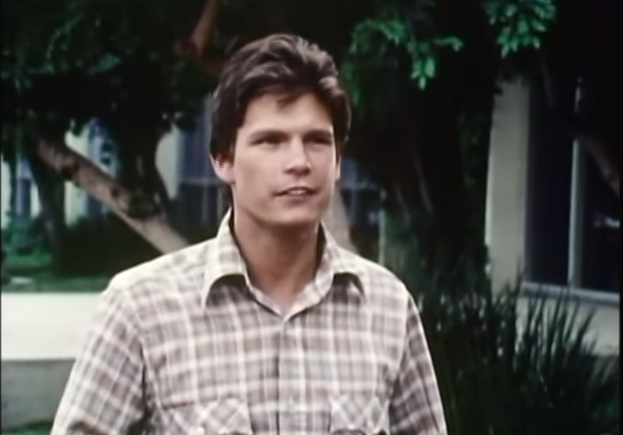 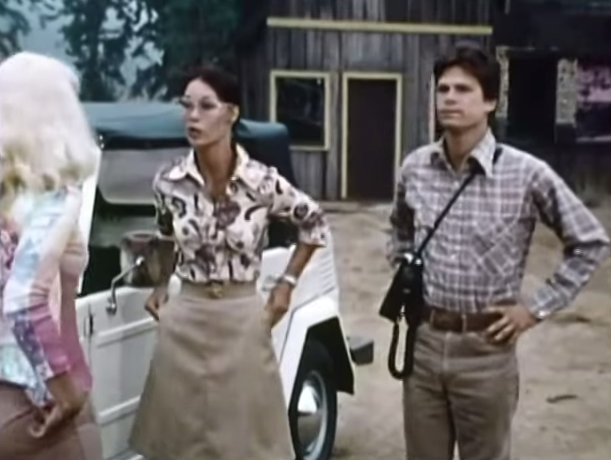 “No Drums, No Trumpets” is slightly more than the run-of-the-mill Secrets of Isis episode.  There’s still the Filmation standard here of the “lesson of the week” (in this case: sometimes you learn more by losing than by winning), but the danger is ratcheted up to a higher degree.

Specifically, Isis/Andrea loses her amulet in the middle of the story, which means she is unable to transform into the Goddess and save the day.  Instead, she must rely on a temperamental teen, and on a different skill-set too, to deal with the menacing criminals hiding out in the ghost town. 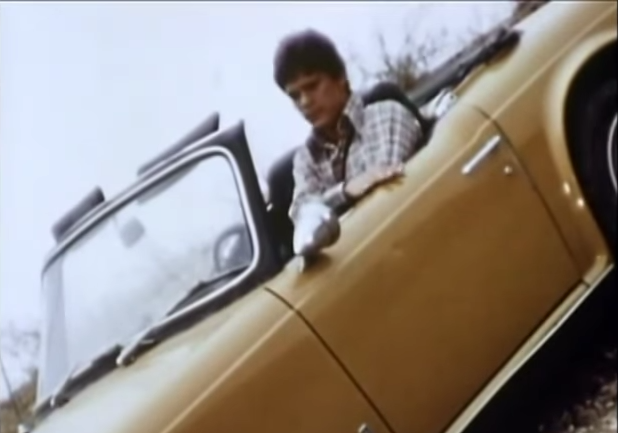 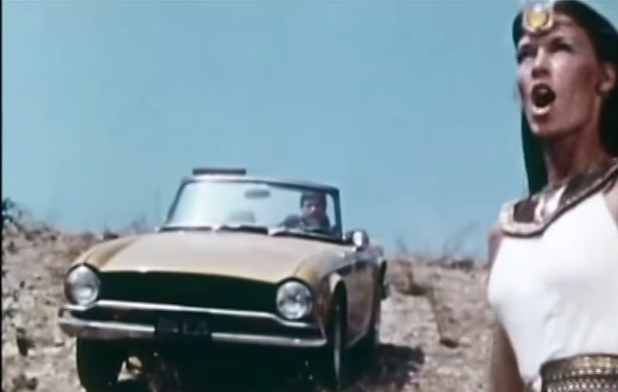 It may not sound like much, but this formula deviation is enough to make “No Drums, No Trumpets” stand-out from the pack  So many episodes of Isis drone on and repeat the exact same chronology and order of events that it is an actual relief to see something different happen for a change.

Also, the scene with the teen in a car – teetering on the verge of death -- is surprisingly well-vetted here.