In “One of Our Dogs is Missing,” a meteor storm strikes the planet and creates quite a fearsome light show. Dr. Smith (Jonathan Harris) worries that the impacts signal the start of an alien invasion.

Maureen (June Lockhart) tries to keep his hysteria under control because Professor Robinson (Guy Williams) and Don West (Mark Goddard) are both away in the chariot, working on an important mission for the settlement.

Soon, the family discovers that a dog--long frozen in suspended animation in a space capsule from Earth -- has arrived with the meteors.

Worse, it has brought some kind of demonic, hairy, horned alien along with it…the very “invasion,” perhaps, that Smith fears… 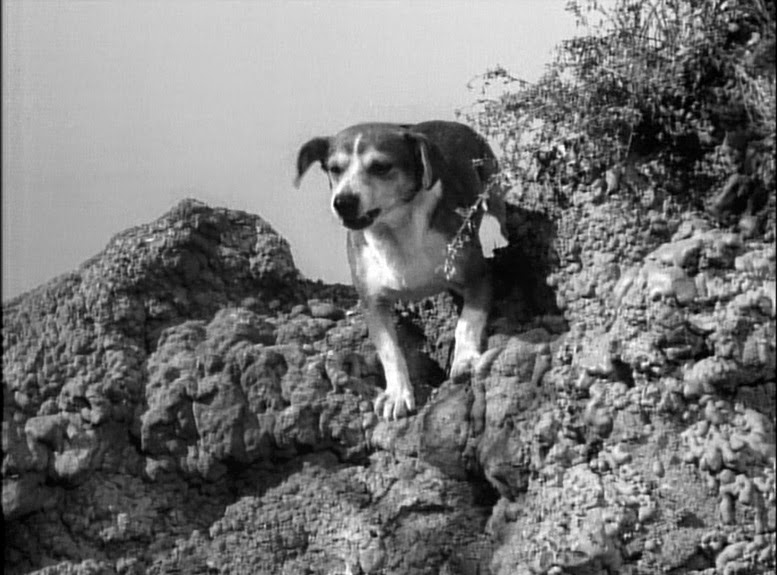 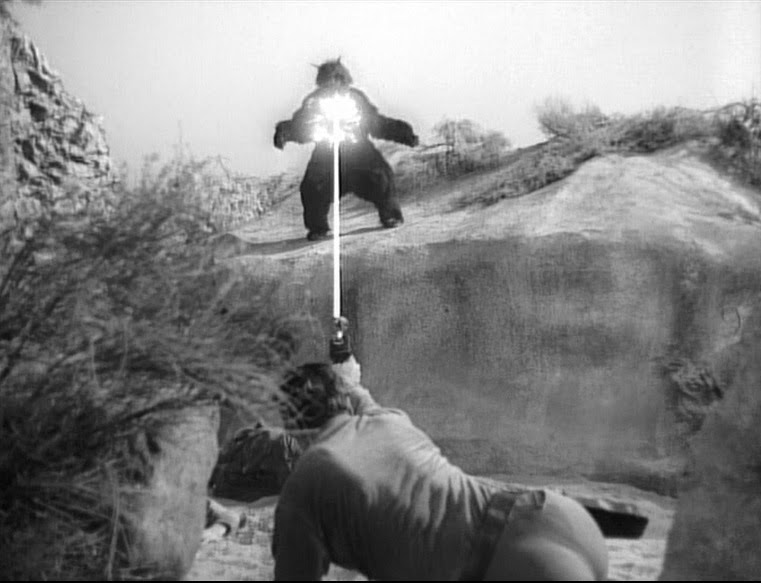 The episode is successful, in large part, as a vehicle for June Lockhart, who makes the most of her screen-time and expanded role here.

In this episode, Maureen Robinson takes command of the Jupiter 2 settlement, maintains a cool head, erects a force field to protect her family, and leads an expedition to explore the meteor impact site.  In other words, she steps into a void, assumes responsibility, and does a great job.  And when she communicates with John in the chariot, Maureen doesn’t ask for help or demand he come home (though he does so.)  Instead, she commits to handling the crisis herself. 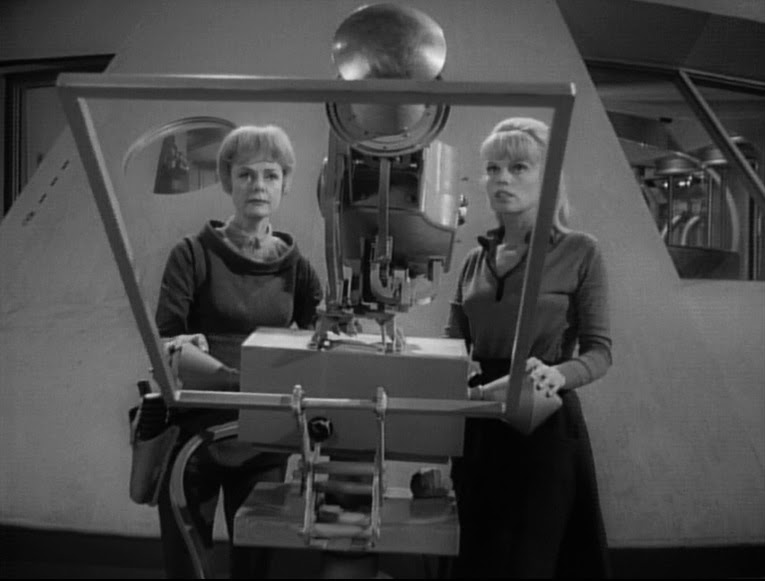 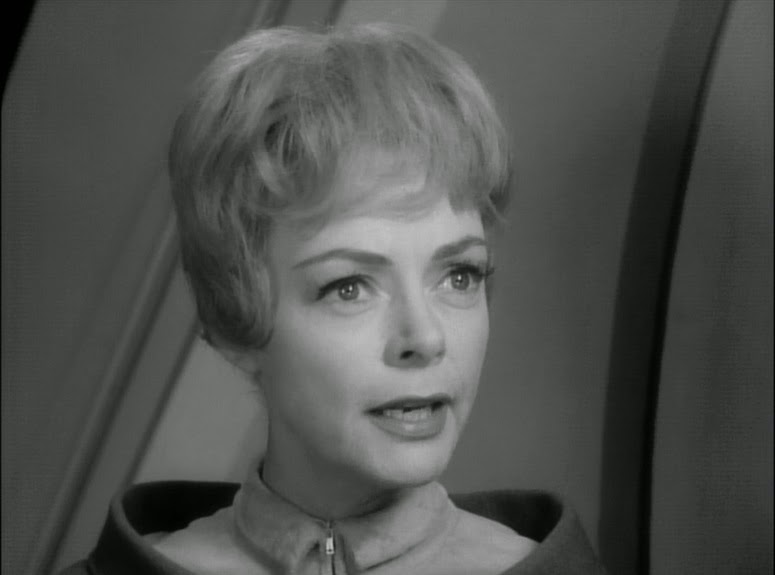 It’s funny how false impressions have been created and perpetuated over the decades, regarding Lost in Space and its role in science fiction history. By contrast, Lt. Uhura (Nichelle Nichols) on the original Star Trek was never afforded a similar opportunity to demonstrate competence and leadership in the field the way that Maureen is, here.

Yet Lost in Space tends not to be remembered by fans for such triumphs, perhaps because much of the time Maureen is also depicted engaging in stereotypically “female” duties: doing the laundry and making dinner.  That’s a shame, because there are incidents, peppered throughout the series, when the Robinson matriarch steps out of the “subservient” wife figure and acts courageously, responsibly and with more than a little bit of ingenuity.

Already, in “The Oasis,” we saw how Maureen acted as peacemaker to keep the settlement together in a time of strife.  Here, she takes the central role of family protector. That role involves handling a weapon, using advanced technology, and making tough choices.  Perhaps Maureen is a pioneer in more ways than one, at least in terms of how women behave in sci-fi TV.

“One of Our Dogs is Missing,” oppositely, fits into a trend or cliché that Lost in Space is accurately known for.

It features a menacing “monster” that doesn’t really stand-up to today’s scrutiny. In this case, a big-hairy, horned alien monster threatens the family, but like the bush-man featured in “The Raft,” has no real dramatic motivation for acting in a hostile fashion.  It simply attacks and provides the threat of the week for the family.  No real thought is given to its intelligence, or alien nature. At the end of the episode, it slips into a crater and disappears, never to be seen again.

That fact established, this Lost in Space episode is brilliantly shot and the black-and-white photography really helps establish a sense of atmosphere or mood.  The moment in which the monster emerges from the crater is quite chilling, and some scenes with the monster chasing Judy  across the barren landscape reminded me, favorably, of the Universal Monster movies of the 1940s.  There’s a Gothic feeling of dread to these moments that makes them intriguing to watch, even if the monster’s nature/motivation/behavior is left totally unexplored. 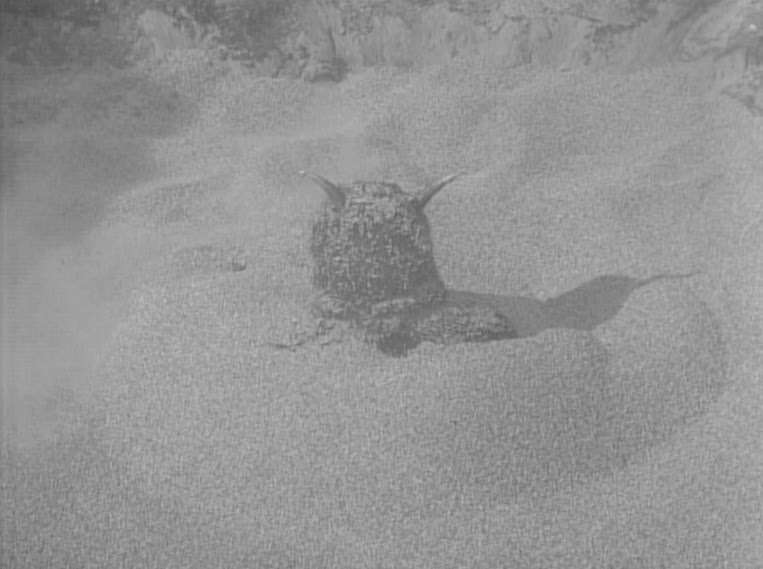 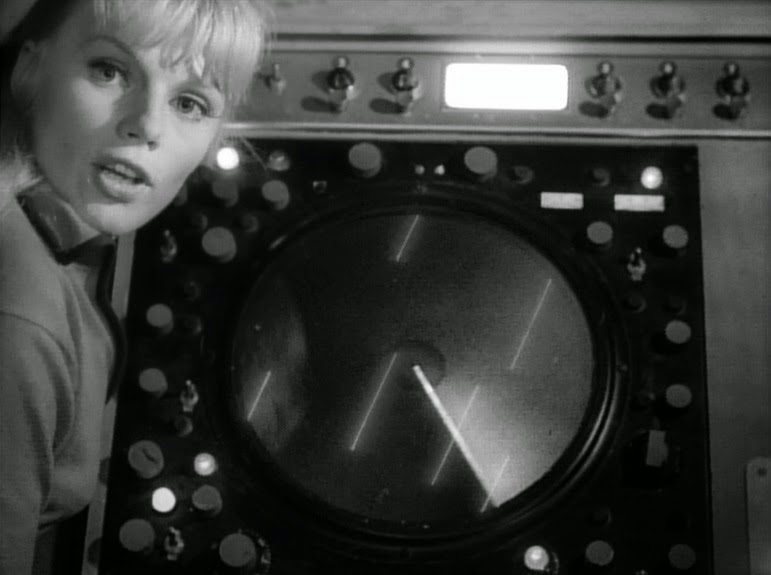 I enjoyed this episode, as well, because it isn’t another one in which Smith steals the show (for instance, the upcoming “Attack of the Monster Plants,”) and the “pioneer matriarch” aspects of the story are well-explored.

We learn a lot about Maureen here.  She demonstrates the heroism I noted above, but also isn’t afraid to reveal her doubts and fears about the unfolding events.  She doesn't pretend to be stoic, or tough. She just makes each decision as it comes.

For fans of the character, and those keeping track of the series’ attempt to serve as a transplanted Western of the space-age, “One of Our Dogs is Missing” is a pretty valuable episode, one that demonstrates that on the frontier, limiting sex roles can’t stand…there’s too much danger and too much that needs to be done. Maureen shows that here, and Lost in Space gets a good episode as a result.