At Anorak: 10 Ridiculous (But Awesome) Horror Movie Tag-Lines of the 1970s 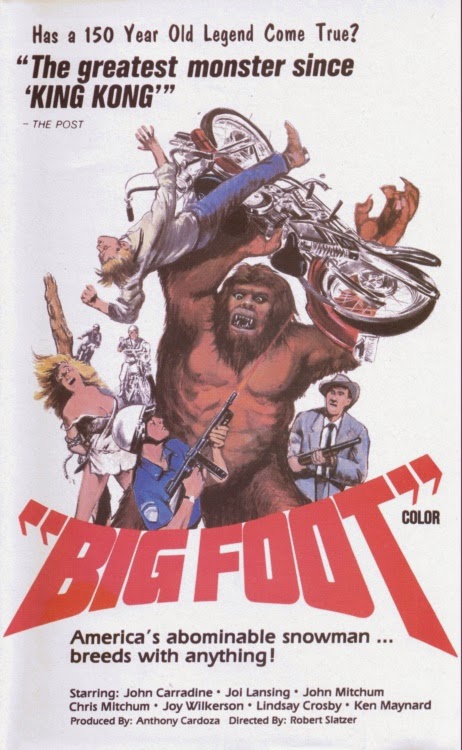 My new post at Anorak remembers some of the most creative (and funniest…) tag-lines of the horror movies of the 1970s.

Here’s a snippet:
TODAY, movie-going audiences expect a certain threshold in terms of a film’s technical qualities. Viewers expect the sound to be crisp, the picture to be in sharp focus, and special effects to be, generally, believable.
But way back in the seventies, many low-budget filmmakers couldn’t always hit those rudimentary-seeming bench-marks… and yet they wanted their movies to succeed and to be seen by the most people possible.
One cheap and effective way to achieve theatrical success was to devise a great tag-line, one that veritably guaranteed audience curiosity, or amusement.  Indeed, a key weapon in the marketer’s arsenal in the 1970s, at least as it applied to the horror film, was humor.
Below are ten tag-lines from 1970s horror films that walk the line between humor, hucksterism, and, perhaps even, in some cases, genius.
at June 11, 2014