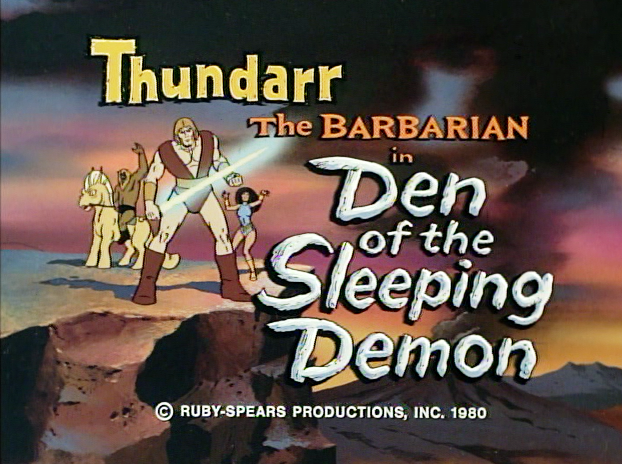 In “Den of the Sleeping Dragon,” Thundarr, Ookla, and Ariel travel to a stretch of land that looks like the Grand Canyon, and find humans -- “The Glider People” -- imperiled by cat-people and other mutants.

Worse, a dark wizard called Ju-Dang plots to awaken a slumbering demon from his 2,000 year slumber, and gain from that demon the secret of ultimate power.

With the help of two youngsters, Shara and Merlin, Thundarr and his friends attempt to find the sleeping demon first.

They finally find it in an ancient hospital laboratory, and realize that the demon is actually a genetic experiment gone horribly wrong… 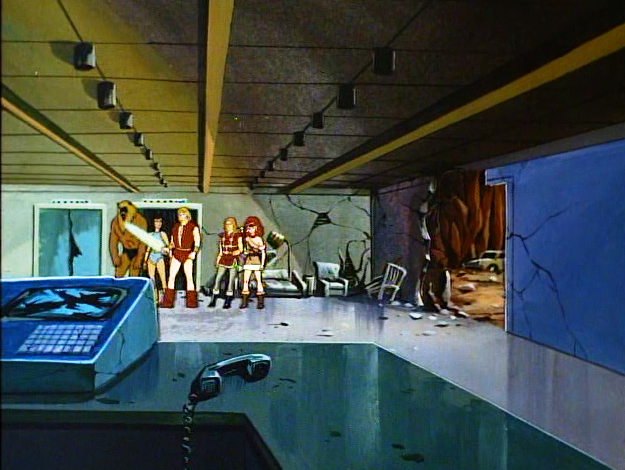 “Den of the Sleeping Demon” explains perfectly the magic of Thundarr the Barbarian, in my opinion. The stories are no great shakes, and the characters have no depth.

But the imagery and backgrounds are startling, and often quite beautiful.

In many cases, the action is set against the ruins of our world, whether in New York, Washington D.C. or Chinatown.

But here, we see something else, and it’s a perfect example of Thundarr the Barbarian’s visual aplomb.

Specifically, there is a pitched battle between Thundarr’s forces and the army of mutants and cat people.

A typical cartoon of this vintage might have had them battling it out on a wide-open plain, or in a jungle, or even, perhaps, underwater.

But “Den of the Sleeping Demon” sets the action…in a 2,000 year old playground…the playground of death!

In one shot after the other during the fight montage, we witness Thundarr and Ookla fighting…on “play” equipment that they could reasonably have no knowledge about.

Thundarr battles an enemy on a slide, and near a swing set.  Ookla tosses a bad guy onto a see-saw, and rips a rotating or spinning platform out of the ground. Thundarr leaps off a jungle-jim, etc.

It’s all kind of funny, but inventive as hell. 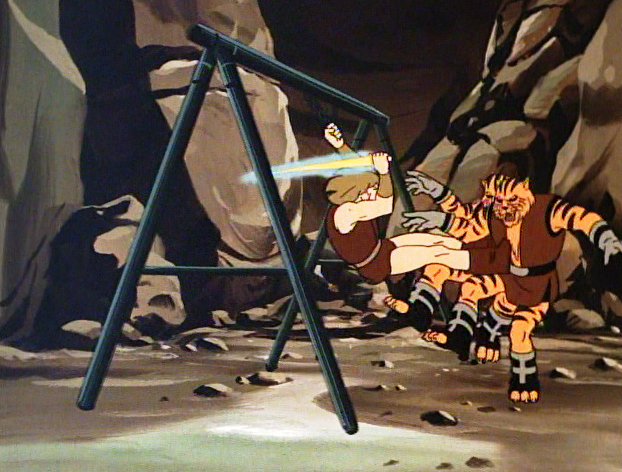 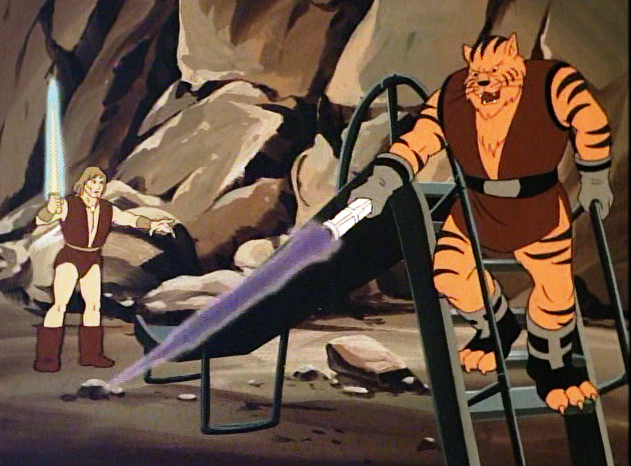 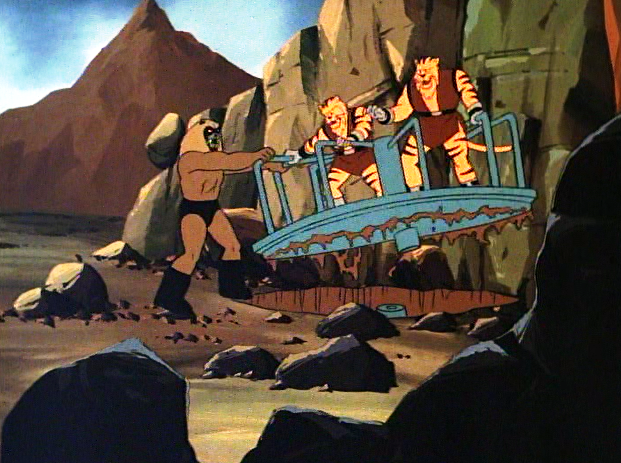 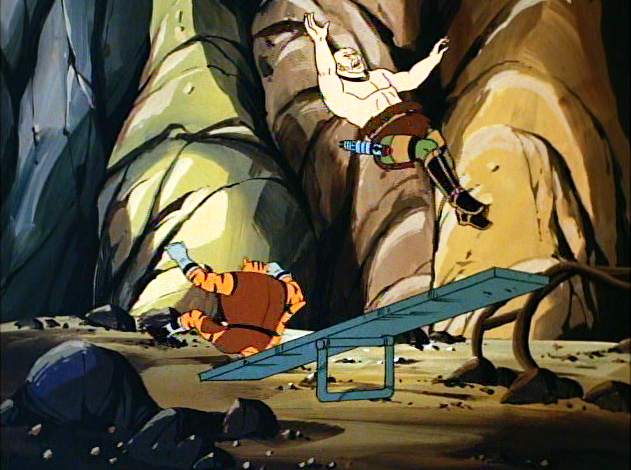 The best thing is that the episode offers no commentary on the fight’s setting.  The playground location is just a little -- but important – detail that excavates some aspect of this barbaric world.  The background of Thundarr’s life is, literally, a destroyed culture….ruins of inexplicable and bizarre nature.  He takes the oddities of this long-gone culture for granted when he must, and just gets down to business.

But it is really imaginative to have a Saturday morning series stage a pitched battle on the ruins of a playground. I can imagine that if I had seen this episode as a kid, I would have been aping Thundarr on the playground at school come Monday morning.

The rest of “Den of the Sleeping Demon” is not nearly so much fun as the audacious playground fight.

Instead, it’s the same story we’ve seen again and again. There’s another imperiled human village.  There’s another evil wizard on a quest to recover some object, person or device that can give him power.

This episode also has one other interesting factor beside the playground, however: Merlin’s malapropisms.


The character just can’t seem to get pre-holocaust speech right, as we see.   He exclaims “Far in!” instead of “Far Out!” and so forth.

This is a little goofy, but at least it’s another point of differentiation in the formula...
at March 29, 2014