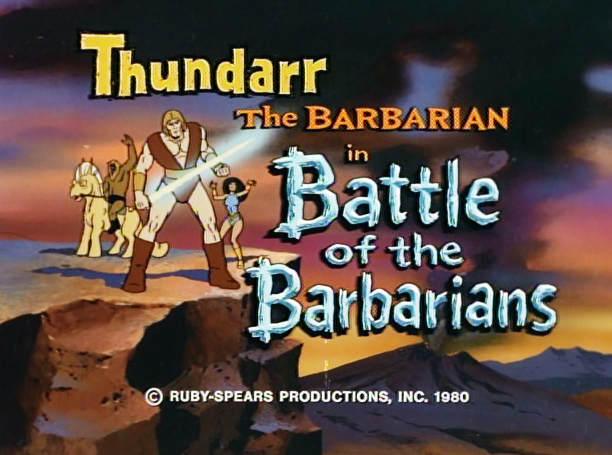 In the ruins of ancient Chinatown, Thundarr, Ookla and Ariel attempt to stop a wizard and his powerful robots.  When they succeed in protecting the human village nearby, the Wizard Kuglai swears his revenge.

He hires another barbarian, Zogar, to eliminate Thundarr. 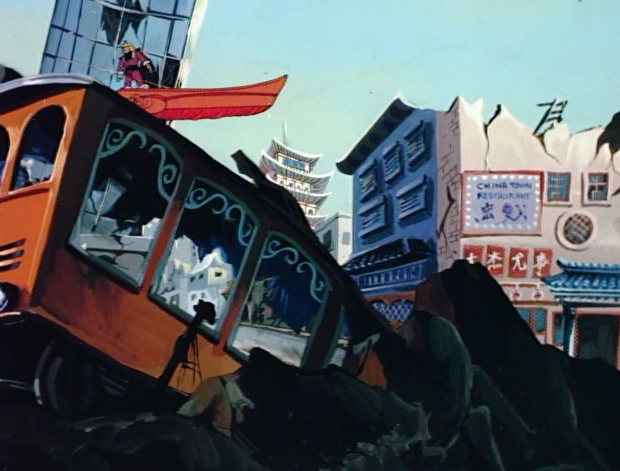 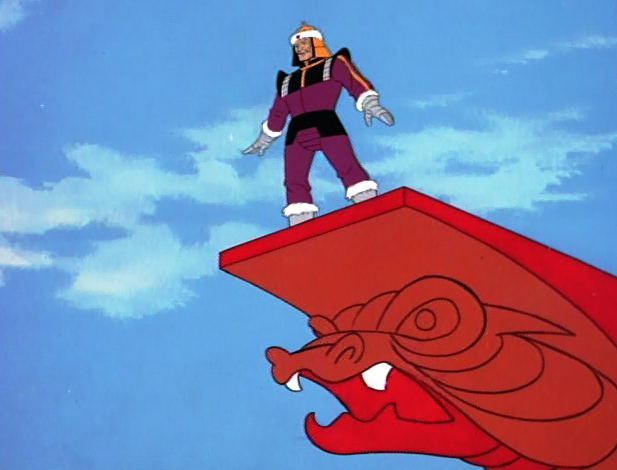 “Battle of the Barbarians” pits Thundarr against his most dedicated and dangerous opponent yet: Zogar the Barbarian!

The two men become bitter enemies locked in combat, and the episode works largely on the basis that it is cool to see Thundarr go up against one of his own.

Yet the challenge does seem to unhinge our hero a bit.  Thundarr does a lot of leaping before looking in this episode. “I have a score to settle with Zogar!” he bellows madly.

It seems like there might have been an opportunity on the writer’s part to discuss obsession, or the idea of not letting someone else’s actions dictate your own, but instead “Battle of the Barbarians” is all action all the time. 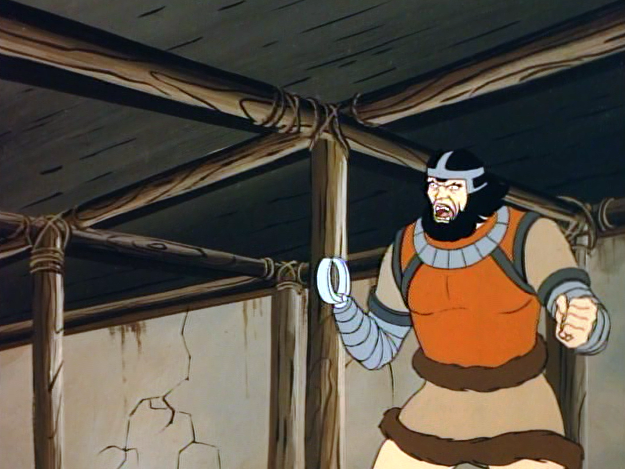 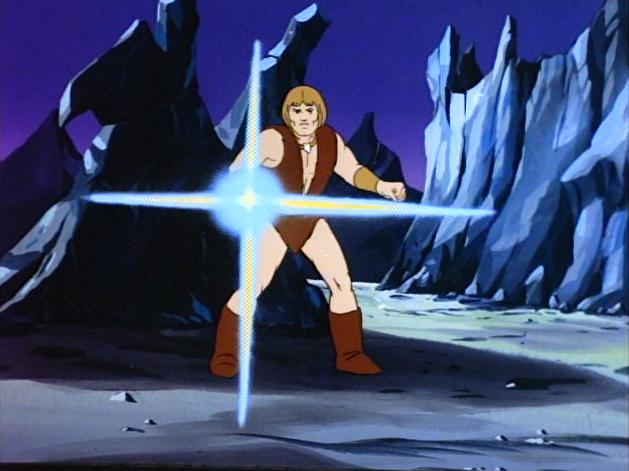 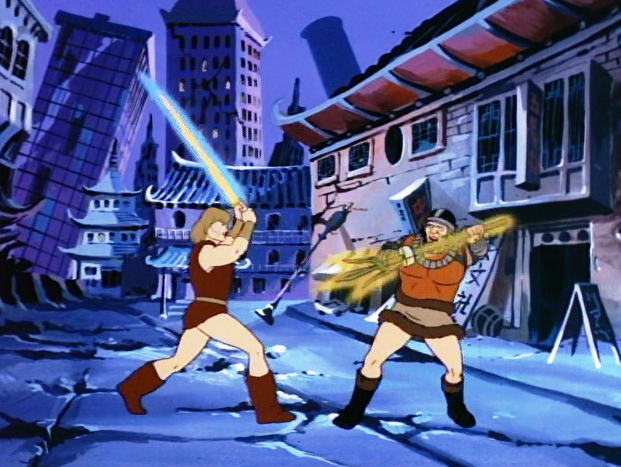 Besides the conceit of an evil barbarian, this episode is pretty much the exact same fare we have seen in preceding episodes.

The setting is a 20th century, pre-holocaust landmark (here Chinatown) in ruins.

And the conflict involves Thundarr saving a human village from plunderers or other villains.  In this case Thundarr actually seems to sniff out trouble.

“The sounds of destruction…and humans in danger!”

Single-minded and lacking much in terms of story depth, “Battle of the Barbarians” gets by mostly on its break-neck pacing.  It’s a thrill-a-minute every minute, and I suspect that just what kids were looking for on a Saturday morning in 1980 while gulping their Froot-Loops.

Next Week: Thundarr meets the Playground of Death in: “Den of the Sleeping Demon.”