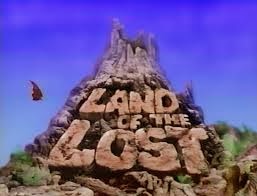 In “Cheers,” Stink finds a grove of fruit trees.  There, the fruit has fermented…having an alcoholic effect on him.  When Kevin realizes that Stink is “hammered,” he decides to partake of the berries as well.

Later, Kevin works up the courage to ask Christa out on a date, but feels like he needs a boost.  He returns to the fruit grove and gets drunk again.  He then crashes the Porter’s car into a tree, and misses his date with Christa.

Embarrassed, Kevin asks Stink to lie for him.  Stink does so, but is wracked with guilt.  Meanwhile, Mr. Porter suspects that Kevin is not telling the truth about the accident. 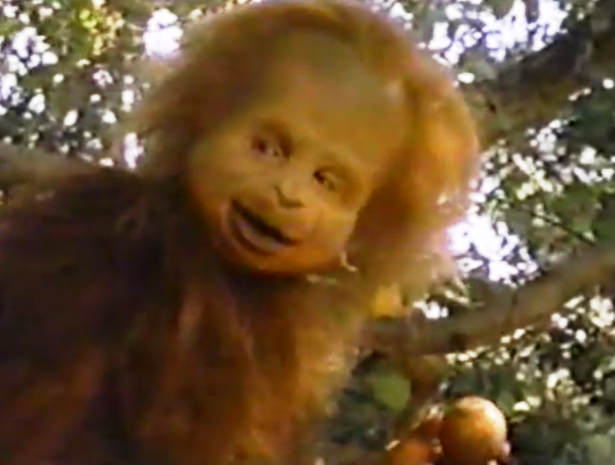 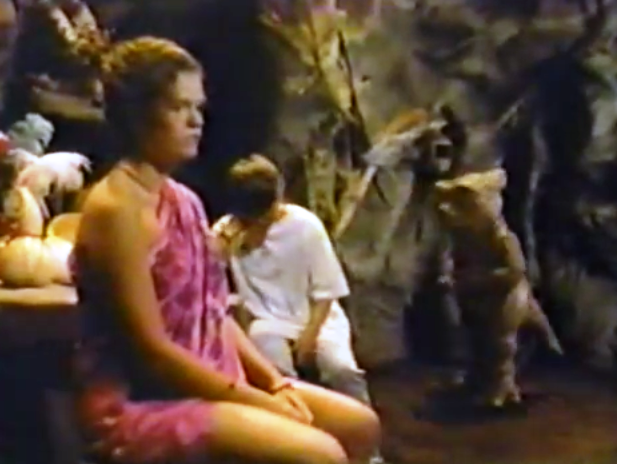 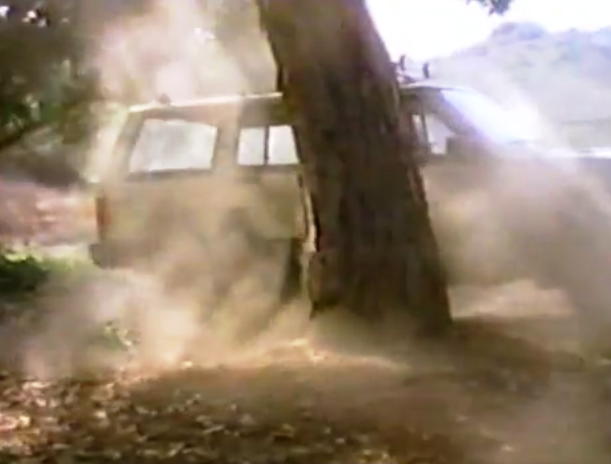 So, this is what it comes to.

We now get a Land of the Lost episode -- set in a prehistoric jungle, mind you -- about the dangers of drinking-and-driving.

At one point, Kevin even says “Lucky I had my seat belt on,” so as to work in another lecture about proper teen behavior.  (When driving intoxicated, be sure to fasten your seat belt…).

I realize, of course, that this is a kid’s show, but kids sure as hell know when they are being talked down to, and when a TV program is making a point at the expense not only of entertainment, but of credibility too.

In particular, the final “message” -- as delivered by Kevin -- is cringe-worthy: “I thought that fruit would solve my problems. But it only made bigger ones.”

And that’s your sermon for the week.

“Cheers” is all wrong for a lot of reasons.

Other than the truly bizarre idea to vet a drunk-driving tale in a world of dinosaurs and only one motor vehicle (!), the episode corrupts the character of Christa (Shannon Day).

Kevin asks her out, and she suddenly -- as though brainwashed -- this woman of the jungle, who has survived on her own since childhood, becomes a fawning school girl.

Before this episode Christa has never shown more than a passing interest in Kevin as a friend. His affections have always been unrequited.

But now suddenly she just wants to be his girlfriend?

That’s certainly a change…and not a good one.

As bad as the moralizing about drunk driving surely is, the episode’s montage -- which cross-cuts Christa and Kevin prepping for the big night -- is even worse.  Kevin pops a zit, and Christa puts on lipstick. It’s all just…unspeakably awful and dumb.

It is easy to romanticize the original Land of the Lost (1974 – 1977) if you grew up with it, but as I’ve written before, those stories were largely about something relevant…or at least interesting. The stories on the old show had an environmental feel, with the Marshalls acting as shepherds of the land, and some episodes dealt nicely with emotions such as loneliness, or home-sickness, or even mourning.  Those episodes had a curiosity about Physics, mythology, and history, and science fiction.

The new Land of the Last stories like “Cheers” may aggressively feature a point, but they tend to have no depth or curiosity.  As a result, the stories practically disintegrate before your eyes as you watch.