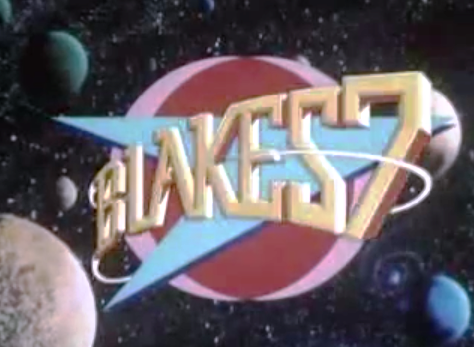 For the second installment of “Outre Intro,” I’ll be gazing at the title sequence or introductory montage of the first season of the Terry Nation science fiction series, Blake’s 7 (1978 – 1981).

This cult-TV series involves a group of rebels fighting a totalitarian Federation in the distant future.

Helping these rebels in their cause was a giant alien starship, the Liberator.

Dudley Simpson’s electronic march -- a harbinger of the futuristic setting -- commences, and the first image to appear on screen is of a massive Federation metropolis, a gray technological dome. Around the dome it is blackest night. 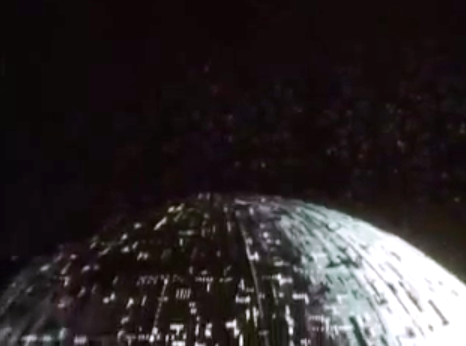 One might interpret the conjunction of images to suggest, then, a kind of technological night, which seems an appropriate metaphor for a futuristic dystopian state. Freedom and its sunlight have been blotted out. Permanently.

Then, from out of the center of the dome emerges a dot-matrix/pixelated-style representation of a human face. This is the dissident Roj Blake (Gareth Thomas), and the image of his face might be considered one that conveys the information of a space age “WANTED” poster. 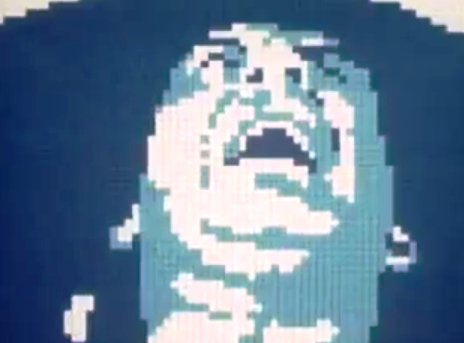 The image of Blake’s visage soon dissolves into the lens of an oscillating black surveillance camera. 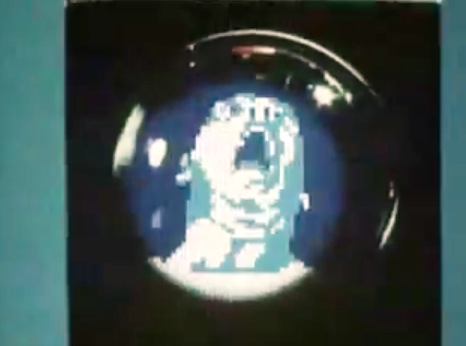 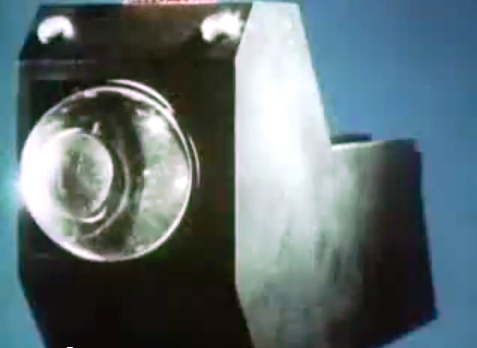 Again, we learn something significant about Blake’s culture by the placement in the montage of this particular artifact. We get a 1984/Orwell feel, in particular, a sense of the Federation and its constant monitoring of its citizenry.

The implication is of freedom lost under the all-seeing, all-knowing eye of Big Brother.

After the shot of the futuristic spy camera, the images in the introductory montage resolve to an imposing view of an armored Federation soldier. The background remains a light, almost baby blue, but the soldier himself is washed in garish red light, and so the overall portrait is uncannily evocative of a military recruitment poster. 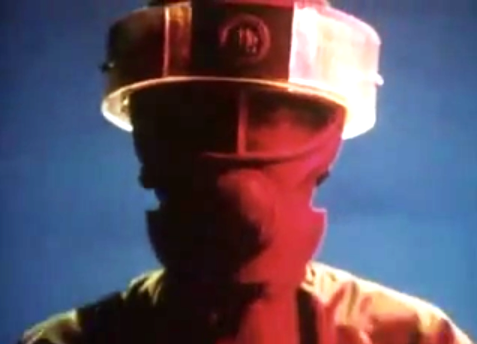 As the trooper raises his weapon, he shoots at the screen itself (at the audience, essentially), and the word “ELIMINATE” pops up. 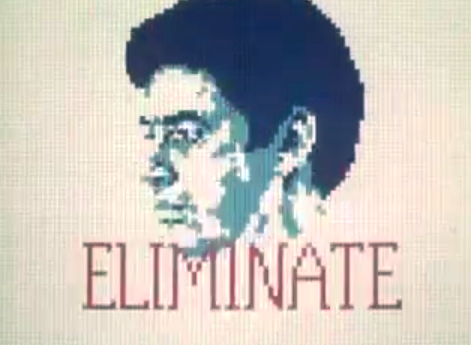 The reappearance of Blake represents a return to the WANTED poster motif, and makes the viewer aware that the all-seeing, all-knowing Federation is hunting down this criminal…our series hero, with lethal intentions.


There is an explosion, and it quickly turns into Blake’s face, only with the image turned negative (suggesting his death). 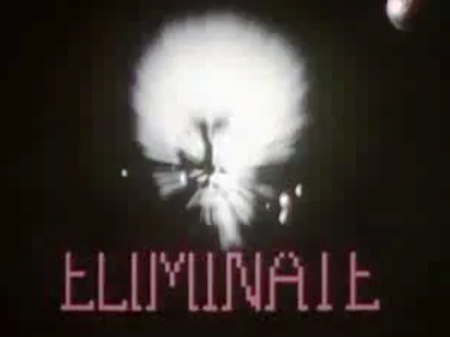 Without warning, Blake’s face (a kind of ID photo, remember…) zooms into outer space as a cascade of small, colorful planets race by. This image of outer space makes the viewer aware that the hunt of the criminal by the Federation will occur in the final frontier, far out in the galaxy. 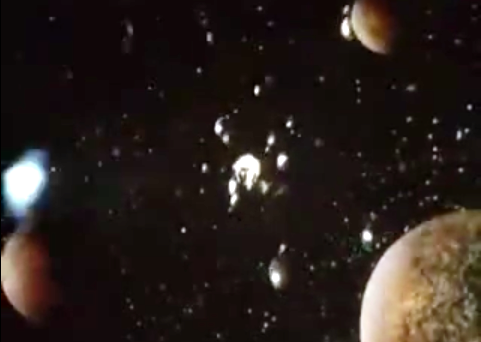 Lastly, the elegant Liberator zooms into the frame, and the series title is displayed over a Federation side-ways arrow-head symbol (an interesting variation on the Starfleet symbol in Star Trek). 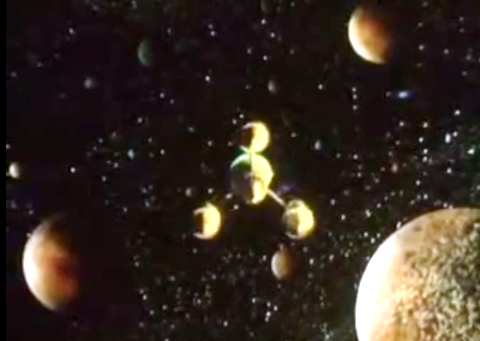 So, to recap: the Blake’s 7 opener, establishes the ruling society (the Federation, its city, its propaganda, its technology and its enemy), and also reveals the program’s hero, Blake, and his status as an outlaw.

Finally, the montage suggests a chase as the surveillance state hunts down the individual with the intent to eliminate him.

Today, some aspects of this “futuristic” intro may look dated, for certain, but the arrangement and symbolism still conveys beautifully the series’ background and message.  Below, you can see the montage in its entirety: