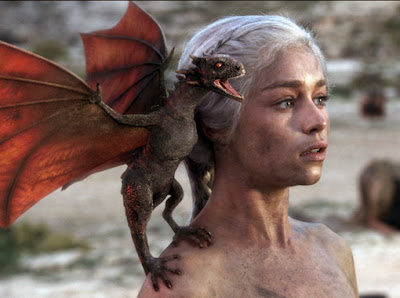 Last Monday in this space I wrote about cult-television knights.  This week, I change course to feature their nemesis: dragons.

A dragon is widely defined as a legendary monster, one with the physical qualities of a lizard or a snake.  Myths of dragons exist in European, Mediterranean, Chinese, and Middle Eastern society.  Some dragons are believed to be winged, while other legends suggest they remain earthbound, living in caves.

Because dragons are difficult to “create” on TV budgets, they have not been seen as frequently as more human-sized monsters or creatures.  Nonetheless, over the years several have appeared in regular series, especially of the animated variety. 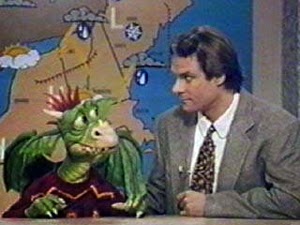 In 1992, a Fox sitcom called Scorch ran for just three half-hour episodes before cancellation, but featured the adventures of a small, sarcastic dragon that lived with an American family.  So basically the series was ALF…with scales.

In this case, Scorch was over a thousand-years old, and was struck by lightning before crash-landing into the Stevens home.  There, he moved in with a Dad (Jonathan Walker) and his daughter, Jessie (Rhea Silver-Smith). 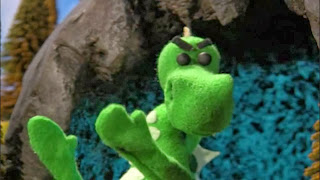 Dragon Tales (1999 2005) meanwhile was a children’s show (developed by Land of the Lost star Wesley Eure...) about two children, Max and Emmie, who could use a dragon scale to transport them to Dragon Land, where they met and shared adventures with dragons  such as Ord, Cassie, and the two-headed Zak and Wheezie.

More recently, two other children’s programs, Dragons: Riders of Berk (2012 – 2013) and Dragons: Defenders of Berk (2013 – 2014) -- based on the 2010 film How to Train Your Dragon (and starring David Tennant…) -- have aired on the Cartoon Network.  This series features such memorable CGI dragon creatures as Toothless, Storm-fly and Thornado.

Animated dragons have also appeared on Ben 10 (as captives to the Forever Knights), but television has generally been bereft of live-action dragons. 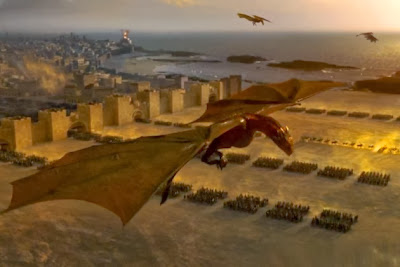 That changed with the arrival of Game of Thrones (2010 - ), an elaborate fantasy series which features the hatching of three dragon eggs, and the development/growth of those dragons.  In particular, the dragons are contextualized in the series as a kind of (living) weapon of mass destruction, and therefore greatly feared.