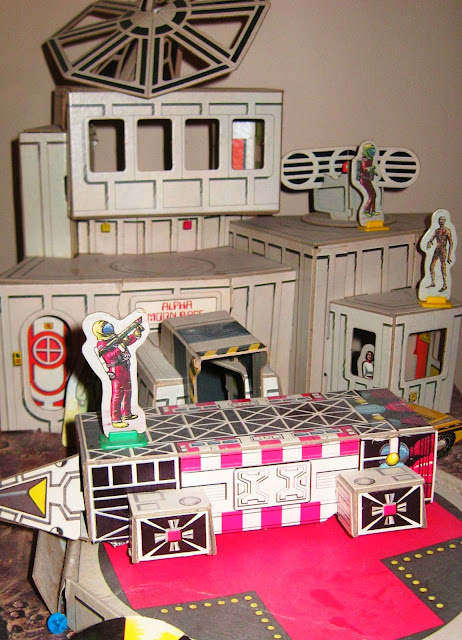 Reader and dear friend SGB presents the blog with the final list of December's Reader Top Ten.  The subject is the top ten greatest toys of your childhood.

"For myself, my Christmas Toys growing up in the '70s into the early '80s are memorable for the countless hours of fun: 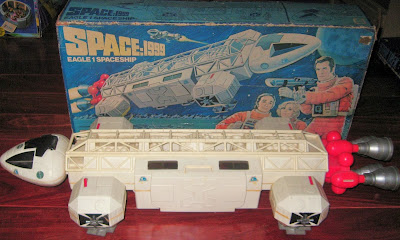 Number one is the MATTEL SPACE:1999 EAGLE 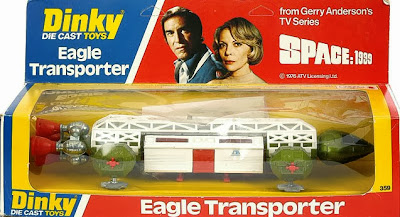 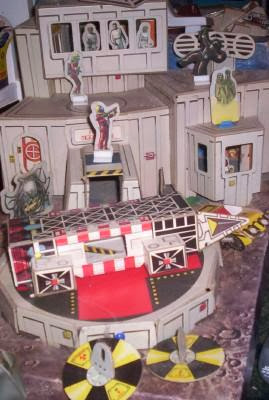 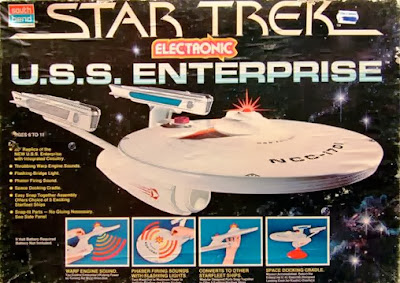 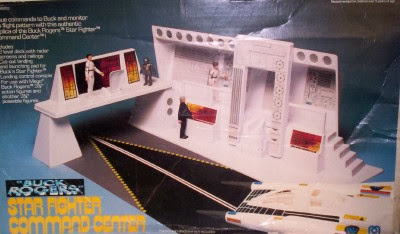 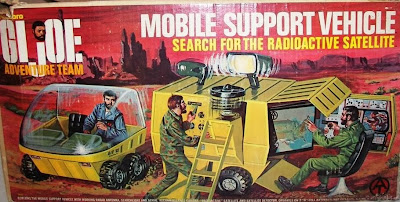 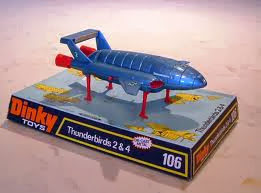 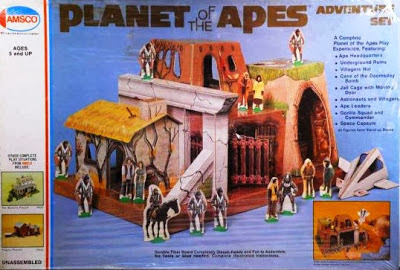 Number nine is the AMSCO PLANET OF THE APES PLAYSET

Number ten is the LEGOS 365

My first model that launched my interest was in the mid-'70s with the AMT STAR TREK U.S.S. ENTERPRISE[Original Series]. 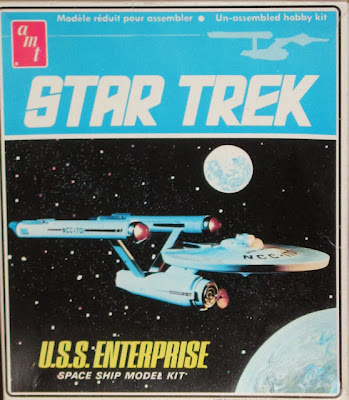 My model kits that were built back then, which I still have all stored in large plastic containers, are from Star Trek TOS, Space:1999, Star Trek:TMP, Buck Rogers In The 25th Century, Battlestar Galactica'78, Black Hole, Star Wars, Voyage To The Bottom Of The Sea, 2001:A Space Odyssey, etc.

If a model kit was not being merchandised I would build them from cardboard, e.g., Space Academy's Seeker, Space Academy's Starfire, Planet Of The Apes A.N.S.A. Spaceship, Starlost's Ark, Silent Running's American Airlines Valley Forge, ArkII, Filmation's Flash Gordon's Aerial Navy Imperial Flyer (yellow), Filmation's Flash Gordon's Aerial Navy Royal Imperial Flyer(white), Thunderbirds Tracy Island, UFO's Skydiver, etc.    Even though as a boy in the '70s and early '80s I had no evidence that they existed, back then I still searched for these toys. Albeit, sadly, since they never were made back then so I never found them:
JUPITER 2 and SPACEPOD
SEAVIEW [Aurora ended production of the kit before I first saw the series in '77. However, I did get the Monogram re-release of the Aurora FLYING SUB model kit in '78.]
PLANET OF THE APES A.N.S.A. SPACESHIP
ARK II
SPACE ACADEMY/STAR COMMAND
SEEKER [from SPACE ACADEMY/JASON OF STAR COMMAND]
STARFIRE [from SPACE ACADEMY/JASON OF STAR COMMAND]
AERIAL NAVY IMPERIAL FLYER [from FLASH GORDON(1979-1981 Filmation Animated series)]
SKYDIVER [Gerry Anderson's UFO]
TRACY INTERNATIONAL ISLAND & THUNDERBIRDS [Gerry Anderson's THUNDERBIRDS]
Well that is all my thoughts regarding my '70s-early'80s boyhood toys, model kits and Christmas.”

SGB: The toys on your list are so great -- and so beloved -- I almost don't know where to begin.

Like you, I am an avid admirer of Space: 1999 and love the Mattel and Dinky Eagles, as well as that Amsco playset. I also love the Apes playset from Amsco, and wish that I still had one!

The South Bend U.S.S. Enterprise I found at a flea market in 2000, still in it's box, and I got it for ten dollars.  I couldn't resist opening it.  The decals are peeling today, but I still have this great ship in my home office.  As we've discussed before, the movie re-fit of the Enterprise is "our" Enterprise -- the starship of the 1970s space kid!

I also can't believe you included the G.I. Joe Mobile HQ in your top, because that was one of my favorite toys as a kid too. My late uncle Glenn gave me his HQ toy, and I took that (giant) vehicle on adventures near and far.  Great memories...