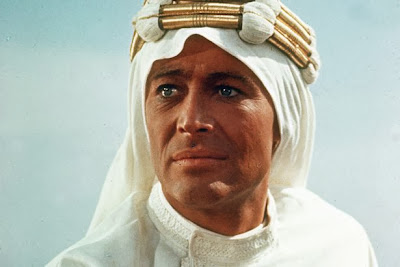 The press is now reporting the passing of the great actor Peter O'Toole, who is widely beloved for his role as T.E. Lawrence in David Lean's landmark film, Lawrence of Arabia (1962).

Although O'Toole is a household name because of that particular performance, his impressive career includes roles in films such as The Lion in Winter (1968), Man of La Mancha (1972), My Favorite Year (1982), and The Last Emperor (1987).

Although we mourn the loss of this great talent today, the medium of film renders Peter O'Toole's memory immortal...
at December 15, 2013