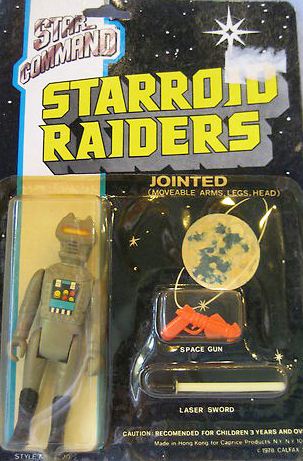 My beloved Granny, also known, by her friends as Tippi, passed away in 2007 after a failed heart surgery.  But today, I still possess a lifetime of fond memories of her, especially from my early childhood.

Tippi was a funny character, both a bragging Texan and a gorgeous pin-up model in the days of World War II .  By the time I knew her, however, she was in her sixties had an absolutely terrible time keeping track of the toys I wanted for my birthday or Christmas. Not that it was an easy task to keep track of all that stuff given my affection for everything sci-fi rom Star Trek and Space: 1999 to Buck Rogers and Battlestar Galactica.

In the immediate aftermath of Star Wars (1977), for instance, a world of knock-off toys were released, flooding the market and perpetually confusing senior citizens who were trying to figure what it was all about.

Of course, I always wanted authentic Kenner Star Wars figures for my collection, but because of my beloved granny, I kept ending up with the knock-offs, including a weird line called...Starroid Raiders. 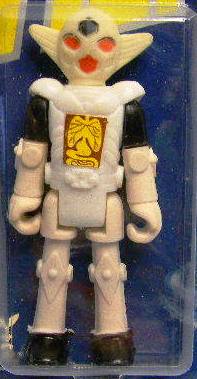 These small action figures from Tomland had several points of articulation and came with accessories such as blasters and light swords.  One weird quality about them, that I recall, is that the figures all had soft, over-sized heads that could, rather easily, be pulled out of their neck slots.  And they were all aliens of unknown variety. It was thus difficult to be certain which were supposed to be good, and which were supposed to be evil.

The Starroid Raiders had hard-to-remember names such as “Aton,” “Haza,” “Newt” (presumably not Gingrich...) “Papi,” “Tior” and “Koga.”  I have memories of owning Koga, in particular.  I believe he was my first Starroid Raider.  But over several holiday seasons, I kept getting more of these figures from my Granny…even though I didn’t really want them.

What’s worse is that year after year, I kept getting these figures under new, less-creative brand names.  I believe Tomland also released similar figures in the ensuing years as Space Raiders and Space Fighters.  I think they also released a ship called "Space Hawk" under the name “Star Force,” which looked like a mold of the Colonial Viper from Battlestar Galactica, only it boasted (detachable) upper wings as well as lowers ones, and a slightly different snub-nose configuration. 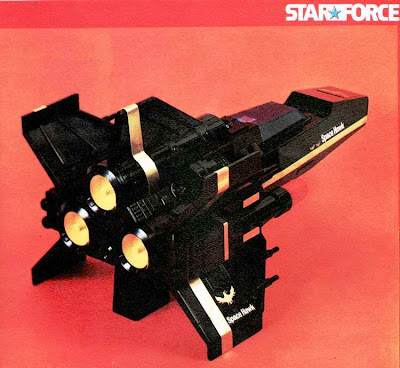 The great irony of my collection of Starroid Raiders -- which I no longer possess -- is that today they are considered incredibly valuable collectibles, and fetch unbelievably high prices on E-Bay.  I really wish I had kept my collection, but in my teenage years I had no idea they would eventually be anything other than sorta cheap Star Wars knock-offs.

So today, I want to thank Tippie for giving me all those action figures, and for being ahead of the curve with all those Starroid Raiders toys.
at January 16, 2013

Email ThisBlogThis!Share to TwitterShare to FacebookShare to Pinterest
Labels: 1970s, collectible of the week