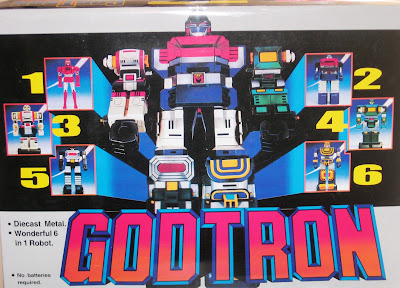 This “space combination” “deluxe set” Godtron or Godmars comes from the anime TV series Six God Combination God Mars that aired on Nippon TV from October 1981 through the end of December of 1982.  The series aired sixty-four episodes, and later followed up with two films. 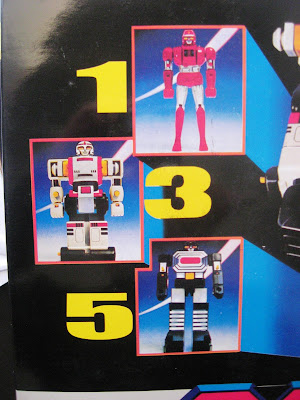 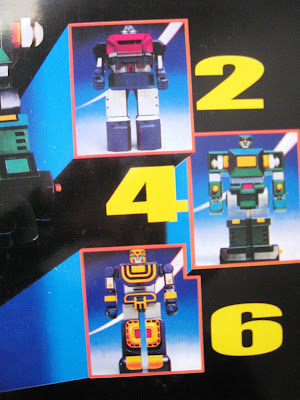 The original Godmars series was set in the future year of 1999, and concerned Earth’s conflict with the distant planet Gishin.  The warlord of that world sent a child, Mars and a robot, Gaia, to Earth to destroy it.

Instead, however, the child was adopted by a Japanese family and renamed Takeru.  He grew to become, with his robot, a defender of the Earth, not its betrayer.   Takeru’s  robot could also combine with five other giant robots (Ra, Titan, Shin, Sphinx and Uranus) to form the goliath known as “Godmars.” 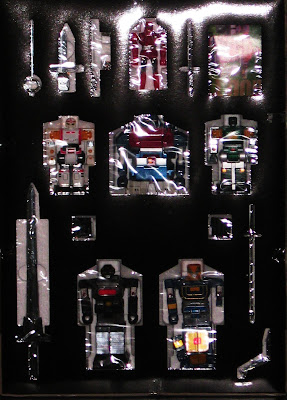 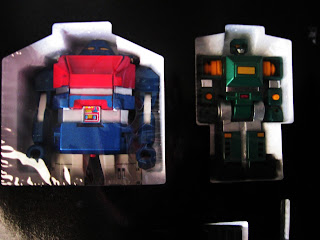 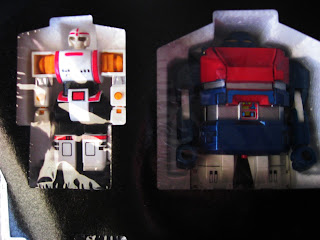 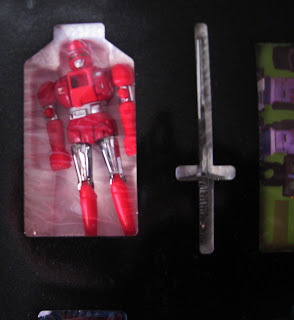 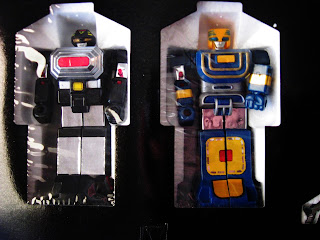 This gigantic toy from Taiwan -- a present for Joel -- was produced in the early 1980s and the components are made of diecast model.  The box advertises a “wonderful six in one robot,” and inside, as you can see, are all the parts, as well as accessories such as swords and the like.

Below, you’ll find the introduction to Godmars.