Come See Me at Fantasci this Saturday 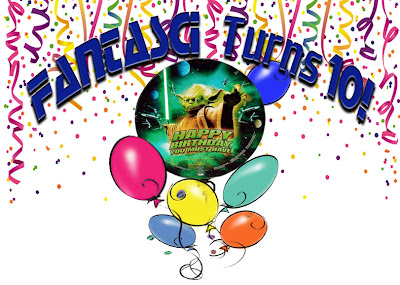 I'll be speaking at the Fantasci Tenth Anniversary Convention in Chesapeake, Virginia, this Saturday morning, and I hope to see some readers there.

Check out the link to the party, here, and if you happen to be close-by, come and see me and watch the presentation!  I plan to attend the con from 9:00 to noon, or thereabouts and would love to say hello.

I’m really looking forward to being back at Fantasci.  It was at this show, five years ago, where I premiered my web series, The House Between (2007 – 2009), which I hope to have fully available – all 21 episodes, newly re-edited – on DVD and streaming soon.

And remember, if you work at a University or for a convention that would like to have me speak (or deliver one of my seminars, like "Savage Cinema,") contact me at Muirbusiness@yahoo.com and we'll see what we can work out.
at July 02, 2012