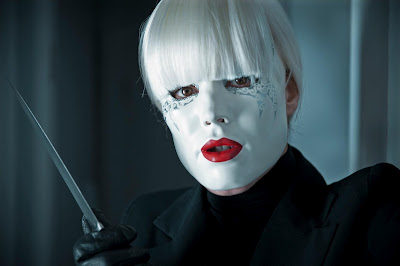 Very interesting question, Jerry. Thanks for sending it along.

I’m going to interpret your use of the word “now” to mean a director who has either just had a film in the genre released, or is in the process of having one released in the next few months.

By that definition, I’d have to assert that the best directors working in the horror genre -- or its vicinity -- right now, circa late 2012, are. 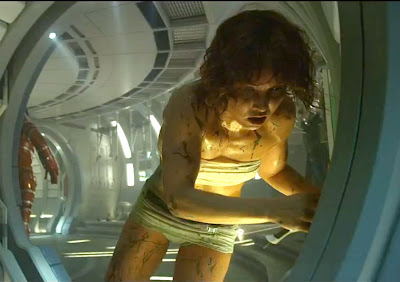 Ridley Scott.  Scott boasts a painter’s eye and a philosopher’s mind.  As a director, he reveals an almost unequaled capacity to frame his stories in symbolic ways.  Certainly Prometheus reveals his visual acumen, and his unswerving ability to forge a horror story that impresses and makes itself available to interpretation on many levels simultaneously.

There’s a chilly, intellectual quality to Prometheus that makes it a legitimate horror genre corollary to Kubrick’s 2001: A Space Odyssey (1968).  I have a feeling that Scott doesn’t view himself as a “horror” director, per se, but certainly the artist gave us this summer’s most high-profile, most visually-accomplished, and most intriguing fright film.  You have to take the nitpickers with a grain of salt here.  In ten years, Prometheus will be remembered as an absolute apex of the form. 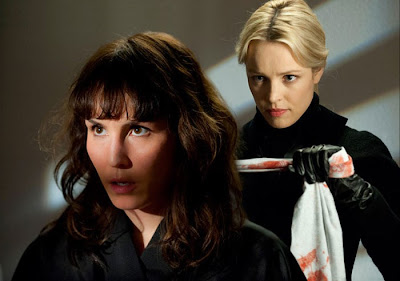 Brian De Palma. We can look forward to this directors’ next psychological horror effort, Passion in early 2013, so we’ll know more about how, precisely, he’s doing at that point.

But for my money, no contemporary film director is better able to arouse fierce passion, scintillating fear and mind-shattering anxiety via the brilliant application of film grammar.  De Palma’s films are intellectual exercises – almost like games or puzzles, to be precise -- but also lush, ecstatic affairs that revel in poetic and, yes, manipulative imagery.

If Ridley Scott gazes at and considers the pitfalls we face when reckoning with great human issues (like immortality and the existence of God), I see De Palma as an artist who knows how to viscerally exploit our frailties and emotional weaknesses as a species.  Together, these two directors are almost a perfect yin-yang, actually.

Part 2 of your question involves “promising” horror directors.  By promising, I mean that their most recent work reveals the seed of future artistic success. 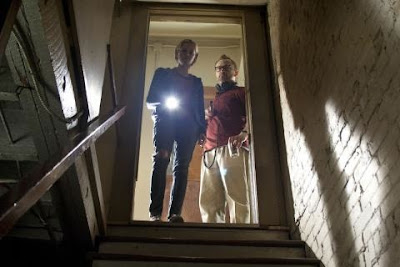 Right now, I put Ti West at the top of that category.  His two recent genre films, House of the Devil (2009) and The Innkeepers (2012) are brilliant works of art, and perhaps even neo-classics of the form.  Time will tell for certain.  I know some folks consider West overrated, but a director who made those two films – back to back, no less – deserves all the hosannas the press can think up.

I am also keeping my eyes on Gregg Holtgrewe, the director who gave us the low-budget and deeply unsettling Dawning (2009).  With almost no resources available to draw upon, and a familiar setting to contend with (a cabin in the woods), Holtgrewe made unconventional cutting and composition choices that breathed vivid life into his film. There’s no monster Dawning and yet it is filled with dread and disquietude.

I just screened Mike Flanagan’s Absentia (2011), and came away similarly impressed by that director’s capacity to forge feelings of apprehension and even panic, also with very little by way of production values.

I hope that answers your question!

Don't forget, send your questions for me at Muirbusiness@yahoo.com.  I'm about a week behind at this point, but working through them. Keep 'em coming!