As we spin ever closer to 2006, two John K. Muir books are coming out, and I'm putting out the early word! I recently had the chance to see "sneak" previews of the book covers, and thought it couldn't hurt to share 'em here on the blog as we near publication. 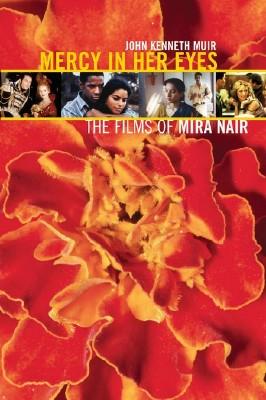 Applause Theatre and Cinema Books is the publisher, and my text explores Mira Nair's career, placing it in a historical context: she's a female director working in a male-dominated industry in the age of globalization, when "Bollywood" films are growing more popular in the United States. Mira Nair is a world citizen (with homes in Uganda, New York, and India), and her films reflect her stature and importance in the global community. I compare her to another great Indian director, Satyajit Ray, and see her in a similar light...as a social commentator as well as a popular movie maker. I also discuss Nair's years as a documentary filmmaker, and her ascent to popular filmmaking (she recently turned down the opportunity to direct the latest Harry Potter film).

One of the big things I wanted to stress is in this book is how Nair uses the auspices of film grammar (editing, slow-motion photography, jump-cuts, etcetera), to forge these amazing, lyrical "extended moments" of passion and emotion in her films. If you've seen her work, and I highly recommend Monsoon Wedding as a good place to start, you'll know precisely what I'm talking about.

My second release is due on the last day of '05 I think (though you can order it now at Amazon and other venues). It is 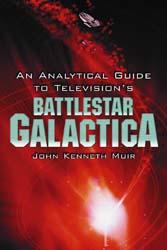 actually a re-release, not a new work. McFarland is releasing in softcover (and at a cheaper price, $24.95), my Analytical Guide to Battlestar Galactica. This was my second book written (though my third printed...), and it was originally released in late 1998. I am a longtime fan of Battlestar Galactica, and this book was a labor of love. I'll never forget the joy I felt when I met Richard Hatch at Main Mission 2000 in Manhattan, and he told me that he loved my book because he thought it was the most objective and fair study of the series he had seen. That meant a lot to me, and it still does. I have for years believed my book was particularly controversial with original series fans, but I have learned differently in the last few days thanks to some really wonderful comments here on the blog from some TOS'ers. I appreciate their remarks so much, and I'm glad to see this book out in softcover because it has been a perennial good seller, and I'd like to see it reach a wider audience, especially now that the new show has changed so much of what made the original special.
Before 2006 is out, another Muir book should also be in release, but it is too early yet to talk about that one. So keep your eyes out for these two efforts as we get nearer to "next year." I'll be updating the blog on the progress of Mercy in Her Eyes as it gets close to print.
at October 20, 2005