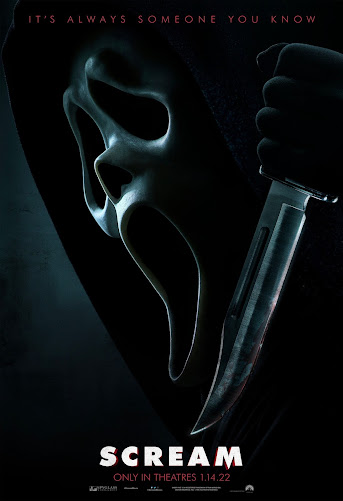 Scream – The Gang's All Here

NOTE on spoilers, though I've kept all the secrets of Scream out of my review, I do allow anything that was revealed in the trailer, as well as any information given over the last 25 years of films. If you haven't seen the original Scream, Scream 2, or Scream 4, rent them immediately. The less said about Scream 3, the better.

Though there are unfortunate problems plaguing the new re-quel (reboot/sequel) of the 1996 classic Scream, after 25 years, the teaming of Neve Campbell, Courtney Cox, and David Arquette still brings joy, like being reunited with your saviors. Campbell, specifically, brings such tenderness and empowerment to her legendary role of Sydney Prescott that your stomach drops when she arrives on the screen as if you have run into a loved one for the first time in decades. Neve Campbell has always been the franchise's secret weapon, but there was another component missing that cast a pall over the entire film. Though Matt Bettinelli-Olpin and Tyler Gillett are ambitious directors, the Wes Craven touch would have brought this film together more smoothly. 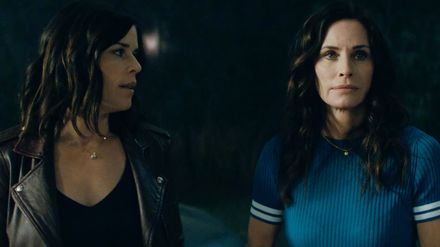 Once again, a vicious killer in the iconic Ghostface mask is terrorizing the town of Woodsboro. A high school student (Jenna Ortega) reluctantly answers a landline setting off a string of brutal stabbings. Sam Carpenter (Melissa Barrera) returns to town with a dark secret — one that she believes has led to these current crimes, one tracing back to the original murders.

As in the past Scream movies, the film features a cast of young up-and-comers. From Ortega (Jane the Virgin) to Barrera (Showtime's Vida and HBO Max's In The Heights) as well as Mikey Madison (Once Upon A Time in Hollywood), Jack Quaid (Amazon's The Boys) and Dylan Minnette (13 Reasons Why). But as always, the cast is anchored by the three that came from the very beginning: Campbell, Cox, and Arquette.

It's obvious that both the writers, James Vanderbilt (Zodiac) and Guy Busick (Ready or Not). and their directors (who hit a bullseye with Ready or Not), have meticulously studied the four previous films. There are shots beautifully recaptured, sequences that mirror the original but just slightly askew, that make it clear these filmmakers revere the franchise. The writers humorously incorporate some of the fan theories over the last 25 years about past films. The creatives imbibe the film with nasty humor and mock the meta world both we and the films inhabit. They pay visual homage to other horror films like Psycho. They even comment on the actors' past career.  One character suffers the same fate as their previous character in another film, while it can't be a coincidence that Gail Weathers (Cox) now hosts a morning show, remarkably similar to her "Friend" Jennifer Aniston on the award-winning Apple+ drama, The Morning Show.  Also without mentioning the world's current pandemic, they joyfully have one character maimed due to hand sanitizer.  One character even suffers with a dark passenger ala Showtime's Dexter.  So these are not people winging it or phoning it in. 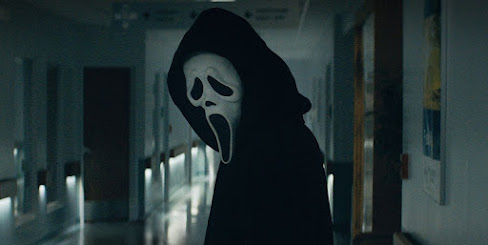 However, Scream feels like an A+ thesis paper at film school, not a movie. And here's where Craven would have been able to save the day. Craven had a knack for taking the most outrageous situations and grounding them so the audience could identify and follow the characters through a journey. The original four (yes even the subpar Scream 3) work because the audience has someone to follow through the story and empathize.  Even the murderers have some distorted rationality to them.  But in this film, all the characters are mouthpieces, pronouncing every meta reference with a jackhammer, instead of functioning people. They just don’t resonate. And without giving the ending away, the crimes' reasoning is flimsy, and for such hideous and cruel butchering, rather flippant.

The latest also tries to reinforce a fiction that Stab, the fictional movie being distributed during Scream 2, was filmic art. A film starring Tori Spelling. I never got the sense that Stab was more than campy schlock in Craven's mind. He was mocking the industry with Stab. But the current film puts it on a pedestal that never seemed part of Craven's vision.

I remember leaving a viewing of Scream 4 10+ years ago. Though a full decade had past, the 2011 film jolted you with such ingenuity, including that jaw-droppingly hilarious opening to a villain that took the film to a new level. The current Scream could make you think, could make you giggle, but at least for me, it won't make you feel anything.