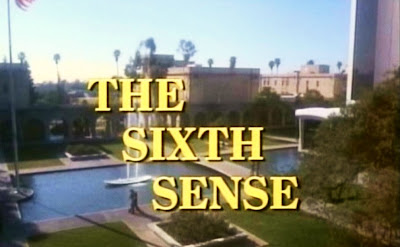 “You enter a strange room for the first time, yet you know you’ve been there before.  You dream about an event that happens some days later…A coincidence?  Maybe. But more than likely, it is extrasensory perception, a sixth sense that many scientists believe we all possess, but rarely use.” 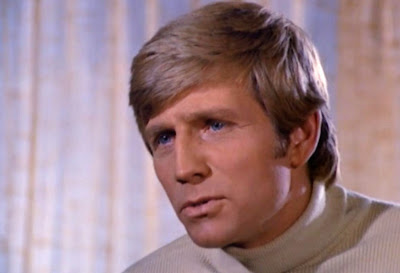 Writer Anthony Lawrence created the The Sixth Sense after the success of a 1971 TV movie titled Sweet, Sweet Rachel, which involved a parapsychology expert, Lucas Darrow (Alex Dreier) protecting two women from psychic assassins. When the television movie proved successful in terms of ratings, ABC wanted a quick follow-up. Lawrence and developer Stan Shpetner thus crafted The Sixth Sense, a series which would follow the adventures of another parapsychology expert, Dr. Michael Rhodes (Gary Collins).
The series premiered 50 years ago, today.
During every episode of The Sixth Sense the preternaturally patient and calm Dr. Rhodes would investigate a complex mystery featuring psychic overtones.  That case might involve astral projection (“Face of Ice”), premonitions (“If I Should Die Before I Wake,”) automatic writing (“I Do Not Belong to the Human World,”) aura photography (“The Man Who Died at Three and Nine”), witchcraft (“Witch, Witch, Burning Bright”), apparitions (“Echo of a Distant Scream”), spiritual possession (“With Affection, Jack the Ripper) cryogenics (“Once Upon a Chilling”) or even organ transplant (“The Eyes That Would Not Die.” Usually Rhodes solved the mystery at hand by working closely with a beautiful woman in jeopardy.
This damsel-in-distress role was played, in various installments, by beloved genre actresses such as Mariette Hartley (“Eye of the Haunted”), Pamela Franklin (“I Did Not Mean to Slay Thee”), Stefanie Powers (“Echo of a Distant Scream”), Tiffany Bolling (“Witch, Witch, Burning Bright), Lucie Arnaz (“With This Ring I thee Kill), Mary Ann Mobley (“Shadow in the Well), Carol Lynley (“The House that Cried Murder) and Anne Archer (“Can a Dead Man Strike from Beyond the Grave?”) 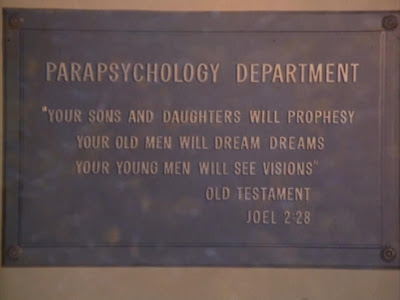 And among those talents working behind-the-scenes on The Sixth Sense -- at least for a time -- were Gene Coon, Harlan Ellison and the late D.C. Fontana.  I had the opportunity to interview Ms. Fontana in 2001, and our conversation veered briefly to The Sixth Sense. She recalled to me that in her opinion, developer Shpetner was difficult to work with because he had so many story dislikes:
“He didn’t like children.  He didn’t like women.  He didn’t like men…He didn’t like stories about sick people, or emotionally ill people.  He didn’t like stories about poor people.  He didn’t like stories about ethnic people.  Essentially it came down to us doing stories about rich white people who didn’t have any problems.  And that was a problem for me.”
Fontana’s tenure on the show was, perhaps not surprisingly, short-lived:  “I left one day, and Harlan Ellison left either the day before me or the day after me.  It all happened in fast succession, I can tell you that much…It’s too bad, because the potential for stories about extra sensory perception and abilities was great.”
The abundant flaws of The Sixth Sense are apparent today. For one thing, Dr. Rhodes always helped beautiful, young (25 – 35) white women, but never actively romanced any of them. He just seemed to inhabit a white, upper-class world of beautiful, psychically gifted females.
And secondly, as a character Rhodes was not permitted to grow or show much by way of passionate emotion.  Collins’ performance on the series is actually kind of brilliant in a weird way, simultaneously minimalist and intense.
But the writing never ascribes much by way of humor or personal life to the man.  As a lead character, Rhodes is certainly dedicated and helpful -- and physically capable – but we know precisely nothing about him save for his unwavering support for ESP and parapsychology studies. It would have been great if the series had more fully explored his background, including his childhood and the development of his abilities as a “sensitive.” 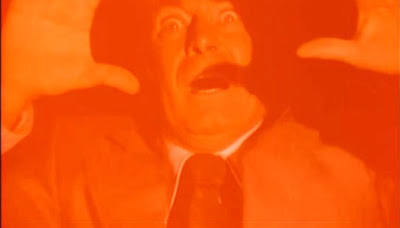 On the other hand, The Sixth Sense triumphed in two notable areas.  In the first, it features some great guest appearances by the likes of Joan Crawford (“Dear Joan: We Are Going to Scare You To Death”), William Shatner (“Can a Dead Man Strike from Beyond the Grave”), and Lee Majors (“With This Ring, I Thee Kill.”).  Today, it’s a thrill to see Cloris Leachman, Patty Duke, Sandra Dee, Henry Silva, June Allyson and Sharon Gless, among others, get menaced by strange paranormal “phenomena.”
Of more legitimate interest is the series’ second strength: jarring and disturbing visuals and special effects.  Some of the imagery in the series remains downright haunting.  In “The Heart that Wouldn’t Stay Buried” a man is attacked by the statue of a bird, and it’s a trippy moment.   In “Witness Within,” jump-cuts, slow-motion photography and a nice eerie blend of light and shadow make a nocturnal attack almost pulse-pounding.  Likewise, in “Lady, Lady, Take My Life,” an insufferable bureaucrat is murdered by a psychic “cathexis,  and the he screen goes blood red (with terror) as the poor man suffers twin aneurysms.
In one of my favorite episodes, the bizarre “Once Upon a Chilling” a man’s spirit is projected outside of his cryogenic chamber and his spectral face is coated in dripping, cracked ice…an image which terrifies rather than informs.  In moments such as these you can sense a real imagination in the visual presentation of the stories.  If the stories were all up to snuff, and not so predictable in terms of character, The Sixth Sense would have been a contender. 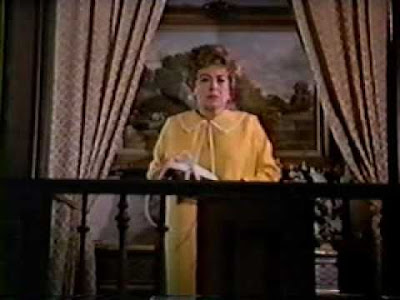 Some of the more intriguing episodes in the series include the one starring Shatner and Anne Archer (“Can a Dead Man Strike from Beyond the Grave”), written by Gene Coon.  And “With this Ring I Thee Kill,” starring Lee Majors and Lucie Arnaz proves a weird call back to Faustian legends and stories. The episode featuring Joan Crawford (and directed by John Newland) is also a humdinger, since it pits the Hollywood legend against Mansonite cult member crazies.
In spite of flaws, The Sixth Sense must be viewed as something of a pioneer in terms of horror television programming.  It is the first horror-oriented series, for instance, to feature continuing characters rather than an anthology format.  It pre-dates Kolchak: The Night Stalker (1974) by two years, in this regard.  Considering that place of importance in the horror genre, the series certainly merits a good streaming or blu-ray release.
at January 16, 2022