Blackstar’s star-sword is damaged beyond conventional repair during an attack by vampire men.
The only thing in the universe that can fix the damaged weapon is the song of an air-whale.
Mara and Blackstar proceed to search out the air-whales of Anchar, only to learn that a villain called Neolis has captured a calf and is enslaving it.
Blackstar boards Neolis’s airship, but is captured and forced to work in the ship’s bowels.
If he can only convince Neolis’s daughter, Lila, to help him, he has a chance of freeing the air whale and repairing his sword... 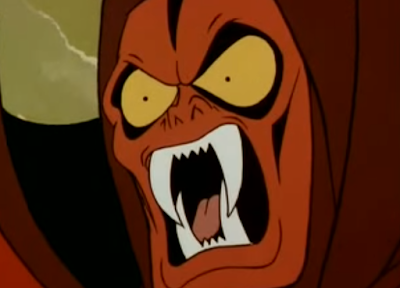 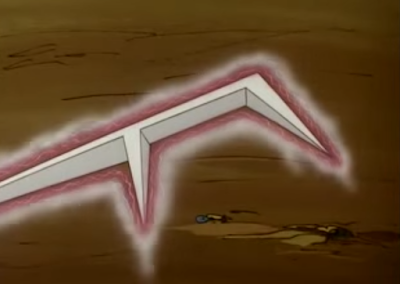 “The Air Whales of Anchar” is an amusing Blackstar story, and one that combines a lot of intriguing elements.
We get some information about the nature of the star-sword, for instance, and meet a Captain Ahab of the air: Neolis. He is missing one hand, instead of a leg, but the comparison to Melville's antagonist is clear. 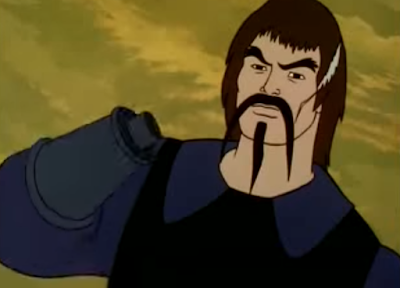 Also, viewers meet the air whales, inoffensive creatures who apparently inhabit the skies of Sagar.
The only disappointing aspect of the episode is its reliance on the love story subplot. This story was used a lot in Filmation’s Flash Gordon (1979-1981) as well.  Basically, a hero from another planet gains the trust of a beautiful woman, and she helps him overthrow the villain.
Here, Lila helps Blackstar engineer a slave rebellion on the air ship, in defiance of her father. The story relies on some pretty far-fetched ideas, like a woman falling so helplessly in love with a strange man that she would choose him over her ostensibly beloved family.  It’s 1970s (or 80s…) sexist, as Joss Whedon might aptly note at this juncture.
Still, it is nice that Blackstar goes a little off-formula in this episode. For a change, Blackstar isn’t battling an evil spell from the Overlord.  Instead, the quest is to repair his damaged star-sword.  Of course, even that plot element defies logic. 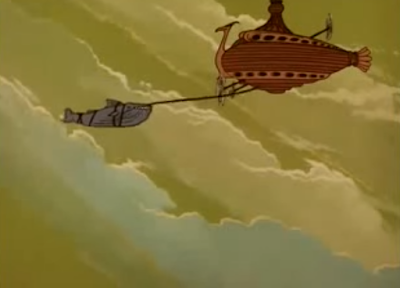 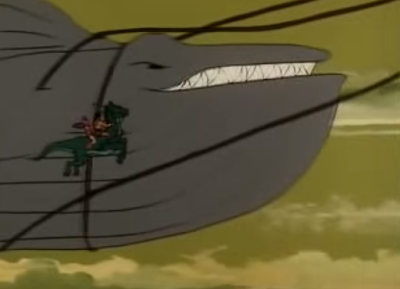 If Blackstar’s star-sword explodes, he will lose it; it’s true.
But it will also be lost to the Overlord, and thus he will have no opportunity to become the all-powerful ruler of Sagar. So, from a certain viewpoint, it would make more sense for Blackstar to allow the sword to be destroyed.  It would put an end to all he Overlord’s plans…permanently.
at November 27, 2021