Thundarr the Barbarian in "Stalker from the Stars" 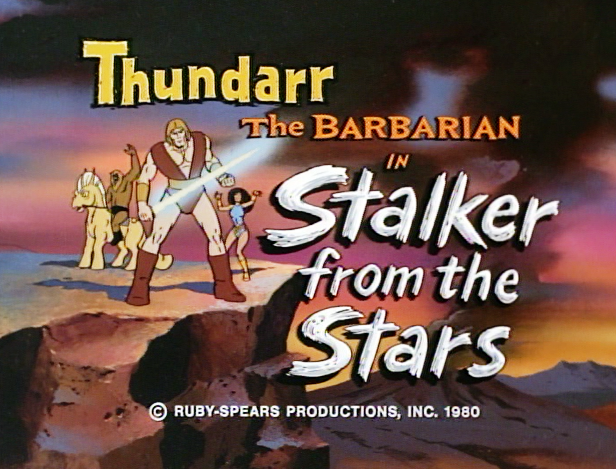 In “Stalker from the Stars,” Thundarr and Ariel seek help for Ookla the Mok, who is suffering from a terrible cold.  His friends take him to a village built on the ruins of a pre-holocaust amusement park, and soon find the kindly humanoids there in mortal danger.
Specifically, an alien vampire creature has arrived on Earth and is cocooning the unsuspecting humans of the village, and keeping them as food for his long journey between stars.
When Ariel is cocooned and captured, Thundarr must rescue her before the creature leaves the planet for good. 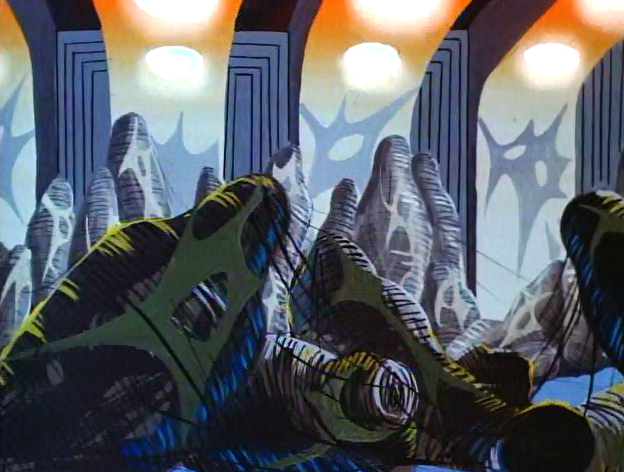 Perhaps more than any episode since “Island of the Body Snatchers,” “Stalker from the Stars” expresses best the reasons why I love and admire Thundarr: The Barbarian (1980 – 1982).
Specifically, this (very good) episode highlights the brilliant and imaginative visuals I love to discuss in these reviews, but also a distinct horror vibe.  There are aspects of this episode that are, simply, terrifying.  I appreciate that in my Saturday morning entertainment.  We forget it sometimes, but kids like a good scare now and again. A little terror is good for the soul.
Here, hapless, defenseless humans are under siege from an alien carnivore and vampire of insect-like shape. This monstrous creature bursts out of walls, mirrors and floors to capture his unsuspecting prey, and then cocoons them to keep as food.  He carries them to a chamber on his organic-looking spaceship -- the equivalent of a meat freezer -- for his long journey to another world.
All this material is creepy enough on its own, but “Stalker from the Stars” sets all the action at a ruined, 2000-year old amusement park.  This setting reminds us of a happy place, but the events here are dark through and through.  Thundarr, for instance, terms the “The Tunnel of Love” an “evil and dark place.” That’s a wickedly funny description that suggests the writers and artists on the series were having a lot of fun with the 1980s apocalypse mentality. 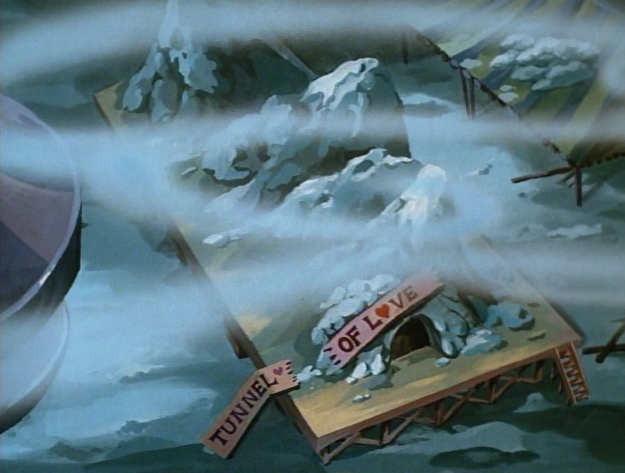 In short order in “Stalker from the Stars,” humans are abducted at merry-go-rounds, a shooting gallery, and more “fun” locales.  Mok is attacked in a Hall of Mirrors, and Thundarr engages the space creature on a roller coaster ride, the Cyclone. 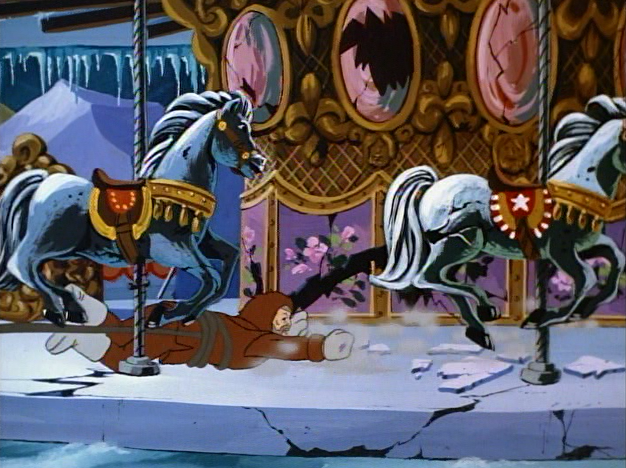 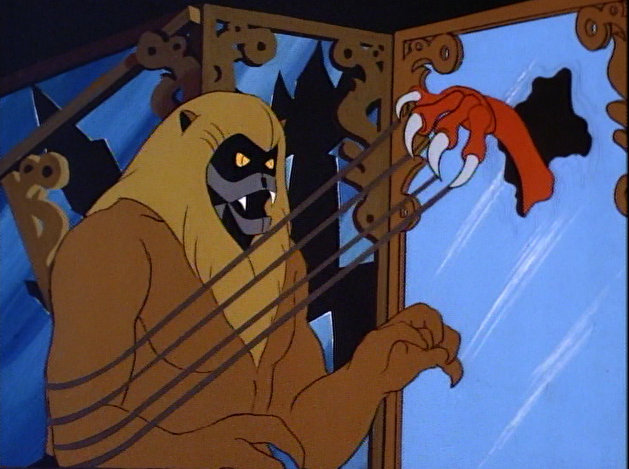 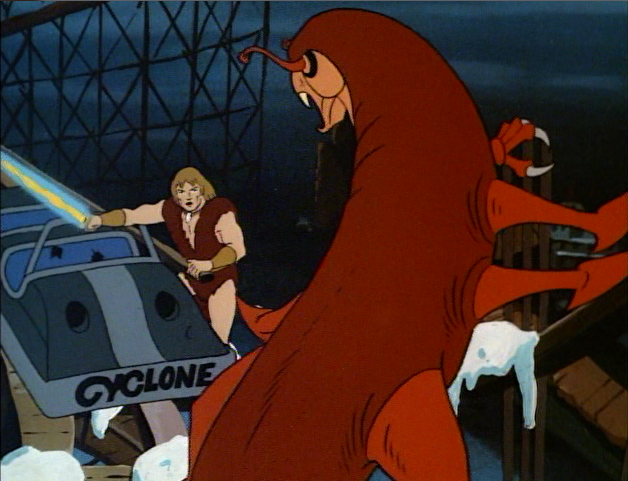 “Stalker from the Stars” would seem a great deal more pedestrian sans its unusual setting of a post-apocalyptic amusement park in ruins.
And since the episode establishes that the roller-coaster ride is called the Cyclone, we can assume that this adventure occurs in the ruins of Coney Island.
Aliens don’t often (if ever…) appear in Thundarr episodes, a fact which alone distinguishes this episode from its brethren.
But once more, I love Thundarr the Barbarian’s dark, beating heart, which boasts the audacity to turn places of fun -- casinos, playgrounds and now an amusement park -- into terrifying and monstrous locales.
The subversive idea is that when the world ends, we will go with it, but our “happy” artifacts will remain behind to – vacantly --dot the landscape, and baffle whatever “creatures” should inherit the Earth.
at July 17, 2021