Thundarr the Barbarian in "Master of the Stolen Sunsword" 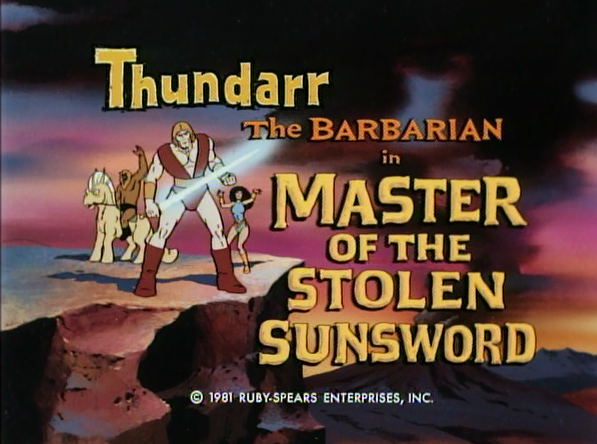 In “Master of the Stolen Sunsword,” Thundarr and his friends Ariel and Ookla endure a “mega storm” of red-hued lightning and rain in the hills of Hollywood.
In short order, the trio is attacked by wizards and their sky dragon. Thundarr’s sun-sword is damaged in the battle, and requires re-charging.  The group heads to the one of the “poorest villages in the world” to accomplish that task: Beverly Hills.
Unfortunately, a deadly wizard, Yando, gains possession of the sword, and plans to make his own weapon, one charged with “negative lightning.” 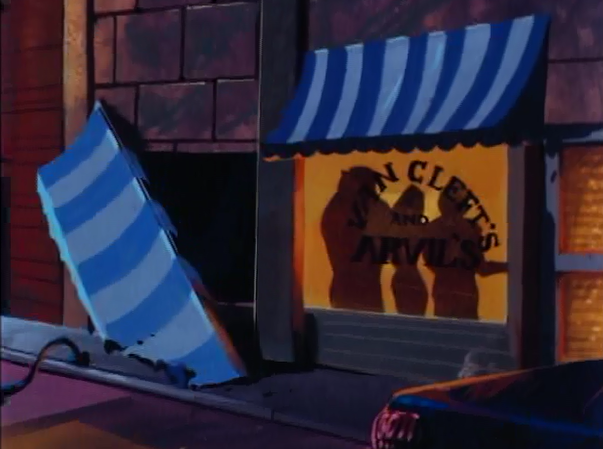 As I’ve written before in these brief reviews of Thundarr The Barbarian, for me the greatest joy of this animated Saturday morning series remains its visualizations of a post-apocalyptic world.
Because the series is animated, the writers and artists had great freedom to visualize amazing ruins and other imaginative post-apocalyptic landscapes.  This is a refreshing quality that live-action series, like Ark II (1976), simply couldn’t afford, as reader SGB has pointed out.  That series features endless desert vistas, but very few ruins or relics of the “old” world.
In “Master of the Stolen Sunsword,” the setting is the Hollywood Hills, and then downtown Beverly Hills.  At one point, we see the evil Wizard’s “Magical Palace,” which seems to be a stand-in for Disney Land.
And finally, the Griffith Observatory also plays prominently in the action.  In particular, the structure has lava pools roiling beneath it, and it is only there that the sun-sword can be re-charged. 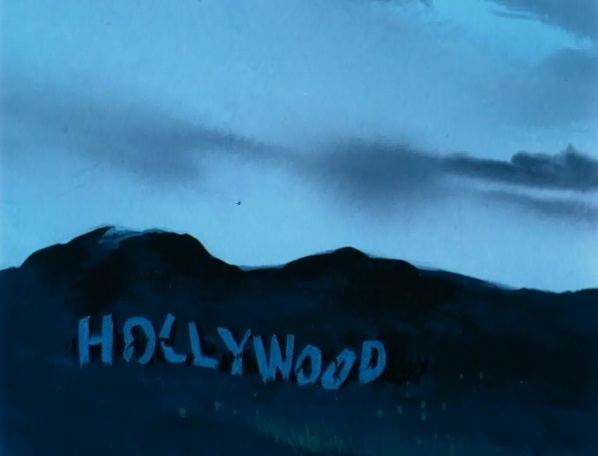 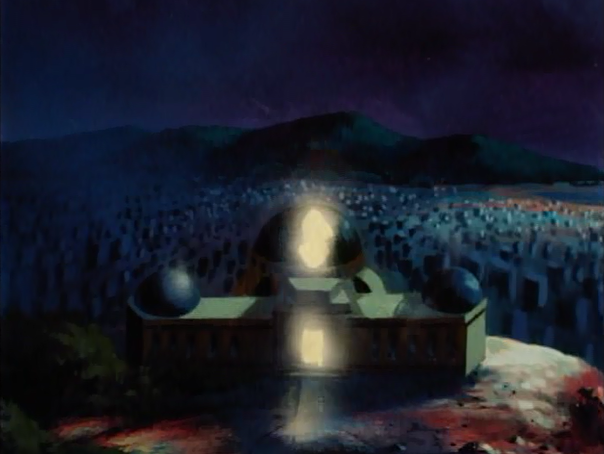 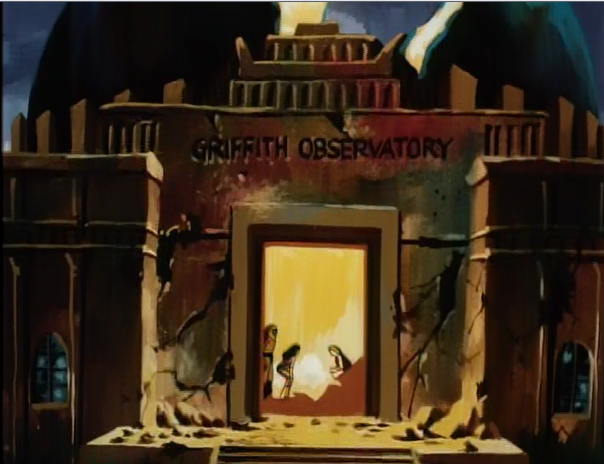 Although it is very much under the surface of the action, “Master of the Sunsword” makes some nice jokes at the expense of the entertainment industry.
In the land of illusion, for instance, the evil wizard isn’t a wizard at all…just the village scholar pretending, or “acting” as a sorcerer.
And it is ironic, of course, that the wealthy Beverly Hills has been transformed into the third-world of the post-apocalyptic age. It is not only poor, but one of the poorest places on the planet.  How the mighty have fallen…
Given these touches, this episode of Thundarr the Barbarian is very amusing, even if the narrative is pretty much the same old stuff featured every week.
at July 03, 2021