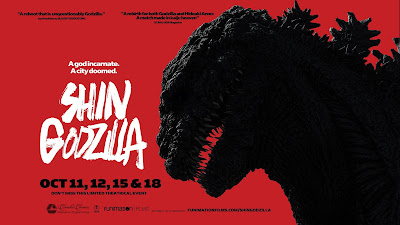 "As we look forward to a new year, do you have any thoughts on the best films of 2016?" 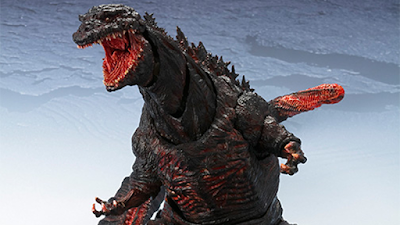 Hi Max, and thank you for the question.

I usually shy away from year-end "best of" lists.  This is so, in part, because I don't get to see every movie in the theater in a timely fashion, so such lists would have gaps based on my erratic viewing schedule.

But in terms of 2016 I do have some runaway favorites.  My caveat is that I only write here about genre films, so I'll limit myself to genre films here.

My favorite film of the year, and the best film I saw in theaters was -- hands-down -- Shin Godzilla.

I thought it was a great Godzilla film, and a work of art that beautifully captured the current Age of Brexit vibe.  It was an invigorating re-think of a classic monster, and a film that speaks trenchantly about the time we live in.

In terms of other franchises, I thought very highly of both Rogue One and Star Trek Beyond. They were also two of my favorite films of the year.  These films re-ignited my fascination with Star Wars and Star Trek, respectively. 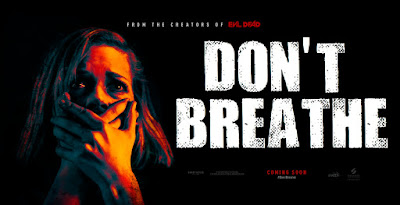 In terms of horror, two titles stand out: Don't Breathe and Green Room.

Like Shin Godzilla, both of these movies work beautifully on both a surface and sub-textual level. Don't Breathe was about the people left behind in the Recovery from the Great Recession, and their sense of desperation. And Green Room was about the streak of race hatred in America that refuses to die, and seems resurgent, in 2016.

I know you didn't ask me about TV, but it was a great year for television too.  First off, I thought The X-Files revival was staggeringly ambitious, imaginative, and unconventional, making it a real joy of 2016. 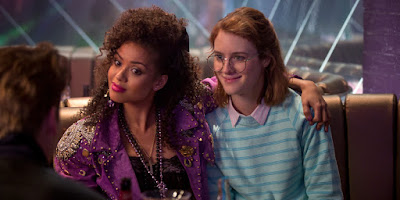 Returning series Black Mirror and The Walking Dead also riveted my attention, despite the naysayers on the latter.  Every year, people complain about The Walking Dead, and it's still one of the best damned shows on television.

I also loved Netflix's Stranger Days and am currently hypnotized by The OA.  I will admit to being disappointed by the third season of The Fall.

In terms of colossal disappointments this year, I would also point to Batman vs. Superman: Dawn of Justice, which I still haven't been able to bring myself to review.

Don't forget to ask me your questions at Muirbusiness@yahoo.com.
at January 02, 2017