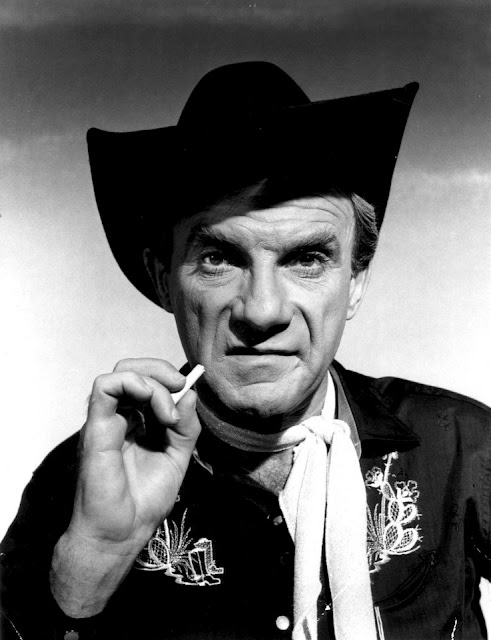 A cowboy hat is a wide-brimmed, high-crowned hat, one made famous in the American Old West.  A symbol of American potency and style (thanks to wearers like John Wayne), the cowboy hat is as American as apple pie.

Cowboy hats have appeared frequently in cult-TV history, even in series that have nothing (or very little…) to do with cowboys and the Old West.

For example, The Twilight Zone (1959-1964) features several Old West-styled episodes, including “Mr. Denton on Doomsday,” and “Mr. Garrity and the Graves.” 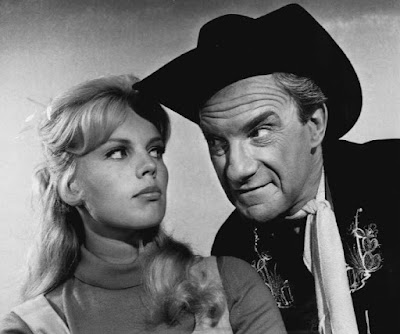 In Lost in Space (1965-1968), an alien duplicate of Dr. Smith (Jonathan Harris), is also a Western-style bandit, hailing from a Western-style planet in the episode “West of Mars.”

In the espionage series, The Prisoner (1967), one episode, “Living in Harmony,” sees Number Six (Patrick McGoohan) awaking in an Old West town instead of the Village, and becoming a sheriff there.  He refuses to wear a gun and holster, but willingly wears a cowboy hat.

The Star Trek (1966-1969) episode “Spectre of the Gun,” sees the xenophobic Melkotians punishing Captain Kirk (William Shatner) and landing party personnel. The manner of their punishment is unusual: they are cast as the Clantons -- destined to battle the Earps at the OK Corral -- in the Old West.  Cowboy hats are in evidence in the “fantasy” town.

The Space: 1999 (1975-1977) Year Two episode “All that Glisters” features a geologist, Dave Reilly Patrick Mower), who fancies himself an American cowboy, right down to the ten gallon hat.

The holodeck-centric episode of Star Trek: The Next Generation (1987-1994), “A Fistful of Datas” sees a variety of the series characters -- including Worf, Troi, and Data -- dressed in Western duds, and hats. 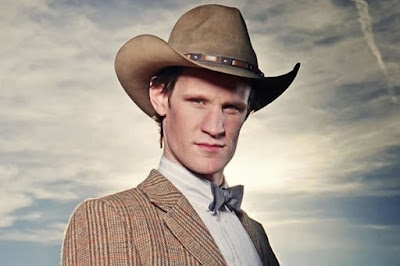 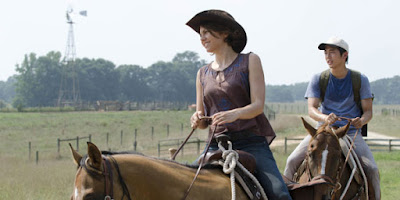 On The Walking Dead (2010 - ) cowboy hats have appeared regularly. Maggie (Lauren Cohan) was seen wearing one in season two. And Rick's sheriff's hat, passed on to Carl, is also, technically, a cowboy-styled hat.
at June 13, 2016