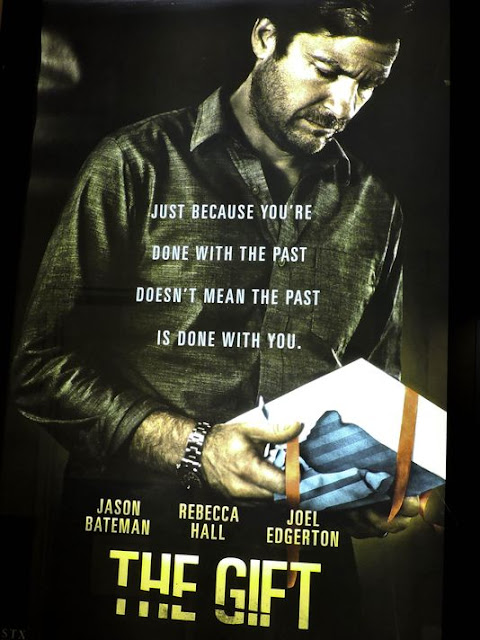 The entire time watching it I couldn't help thinking of your analysis of the "interloper" genre in Horror Films of the 1990s. I thought the film did something much more interesting with that format than (the seemingly more popular) The Guest from last year.

Big fan of everything you do, 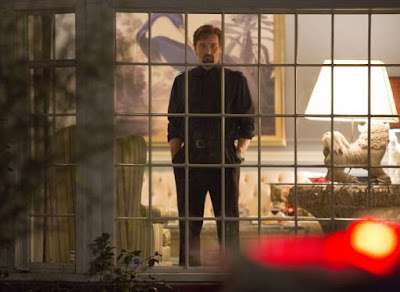 Cullen, thank you for writing!

I will post my review of The Gift here, tomorrow morning at 6:00 am.

For those who don't remember, I defined the interloper as the heir to the mad slasher of the 1980s: an oft-seen movie villain who may be defined as a person (male or female) who deliberately interferes with the affairs of another, or who trespasses into a place, situation, or activity without permission or invite.

In other words, the interloper gets into your life, and won't get out.

There's also some aspect of the formula about the victim being to blame in some way.  At some point, even in some tiny way, he or she invites that interloper in. They open that door a crack...and can't close it.

I'll write more tomorrow about this format, and how The Gift fits in with it or modifies it.And boy does it modify it!

McFarland has been slow about re-upping me for additional books of this size -- we've been stalled on Horror Films of the 2000s for a while -- noting that there may not be the audience there once was for these big books.

Thank you for your question.  Don't forget to e-mail me at Muirbusiness@yahoo.com
at January 11, 2016