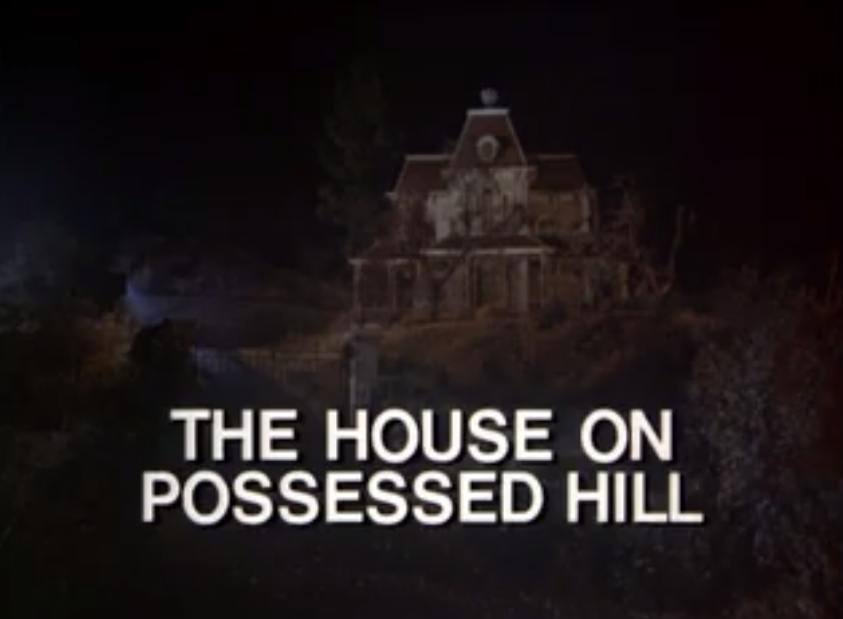 While driving home late at night through the town of Circle Hills, Joe (Shaun Cassidy) encounters a young woman on the run, Stacey Blain (Melanie Griffith).

She is being pursued by angry townspeople who consider her a witch, and responsible, somehow, for an accident that has injured a child...and which she predicted.

Joe and Stacey take sanctuary in a creepy house on a hill, one that Stacey is certain is haunted by a creepy old ghost.  “The house…it runs itself,” she says creepily.

As Joe and Stacey endeavor to stay the night in the house, Stacey hears the sounds of an angry woman screaming, and reports that the house is alive.  Its owner, John Spencer, lived in 1743 but is now haunting it...allegedly.

Frank (Parker Stevenson) arrives soon, and helps Joe and Stacey solve a mystery of a very different type: one involving a bank robbery and money hidden inside the house’s old walls for nearly twenty years… 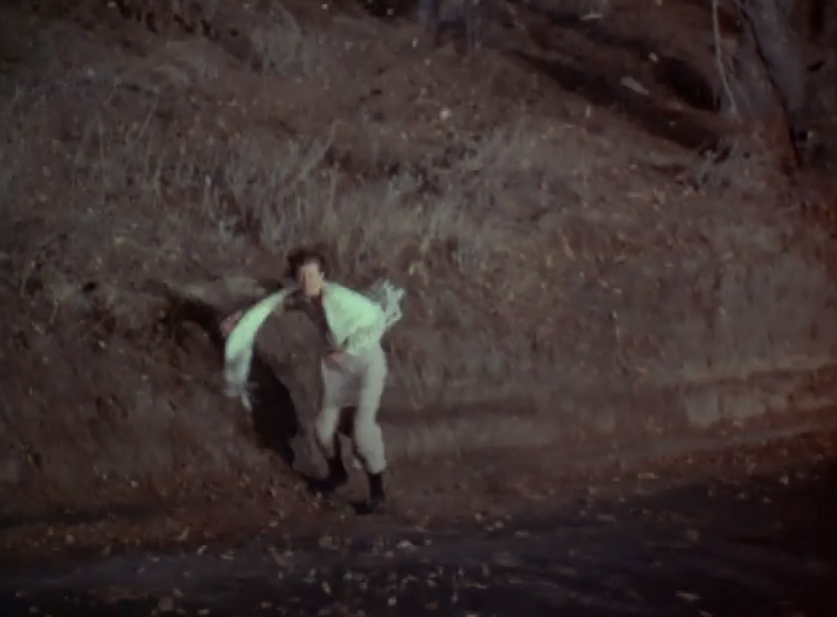 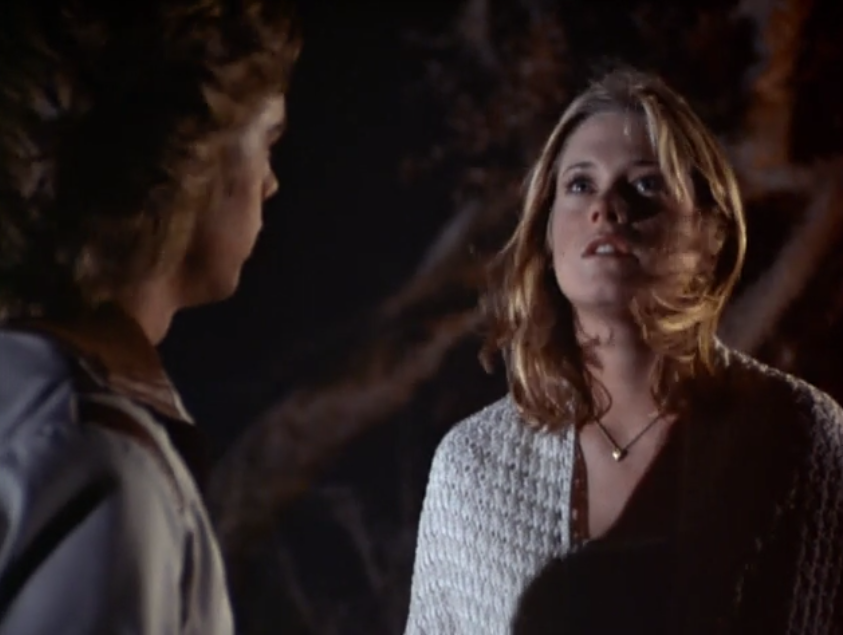 The first is the haunted house itself, which “starred” as the home of Norman Bates in Psycho (1960), Psycho 2 (1983), Psycho III (1986) and Psycho IV (1990). The old house’s interior also looks very familiar, and there’s a joke in the episode about Hitchcock, and the house’s appropriateness for one of his movie thrillers.

Here -- as seems appropriate for a house of this silver screen stature -- there’s also much talk about the structure being alive. Unfortunately, that talk never really goes anywhere.

The second guest star of note is Melanie Griffith, who in 1987 became a star in Working Girl, and then parlayed that success into an A list career. Here, she plays the psychic Stacey, an insecure young woman who reports that she knows things and feels things, “things in the air around her" and “Things that happened” and “will happen.”

Even a good actress would have trouble with lines like that, but the youthful Griffith does a good job of projecting both innocence and strangeness. She's vulnerable, and also just oddball enough to seem, possibly, like a danger to herself and others. 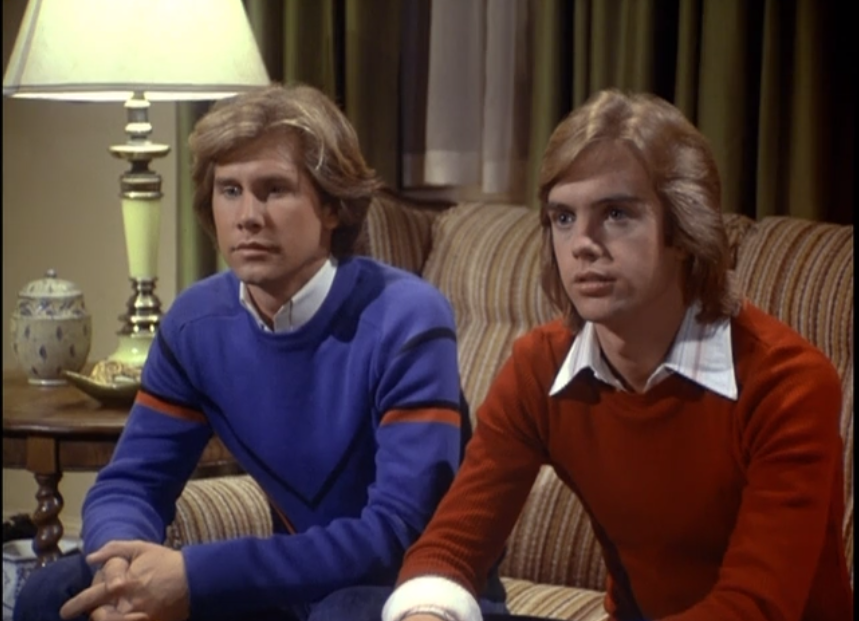 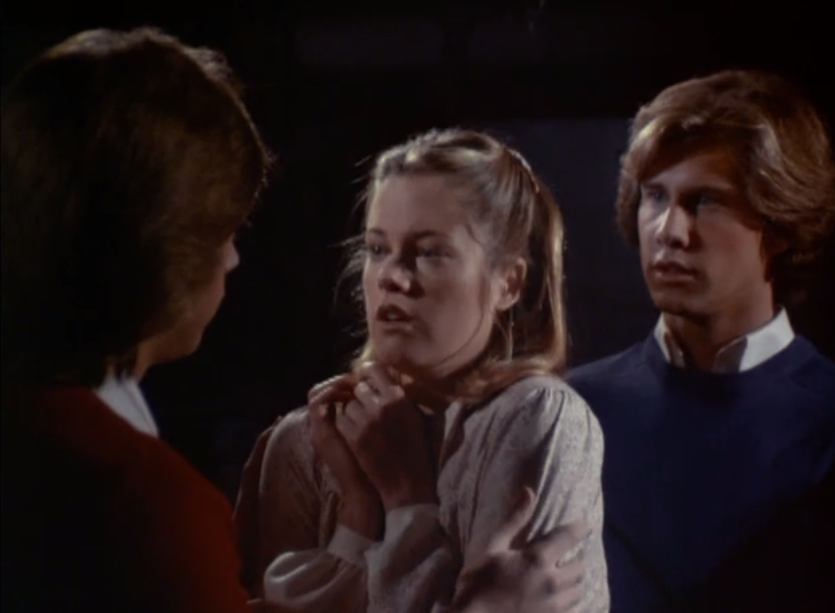 In particular, Joe sees the ghost of the house for himself, but rather than investigate its presence, tells Frank to drive away in their van. But as viewers, we see the ghost (who wears a large ring on his finger) quite clearly, thus proving the existence of the supernatural in this series’ universe. 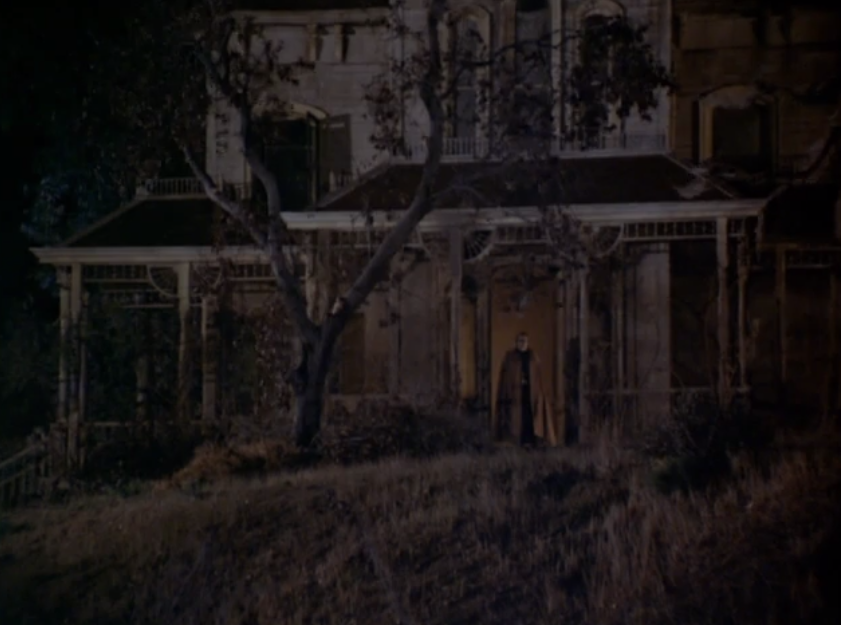 It seems a bit like a ploy, or even a little cheap, to conflate the two mysteries, and to conclude without exploring the history and existence of this particular ghost.

On the other hand, the series was always a little cheeky, and the episode’s “surprise” ending conforms to that tradition.
at March 04, 2015