"The top nine toys I ever had and the one that got away: 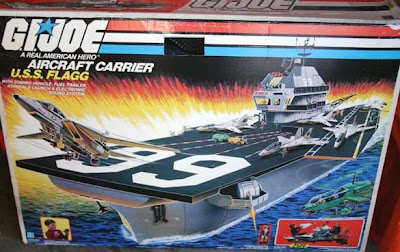 1. The GI Joe Aircraft Carrier USS Flagg - When I wasn't lining up all my Joes with the Tomahawk chopper and Sky Striker in parade formation and assigning them each positions on the crew duty roster according to the Primary and Secondary Military Specialites (Roadblock always pulled KP duty), I was stretched out sleeping on this monster for novelty's sake. It was that big. 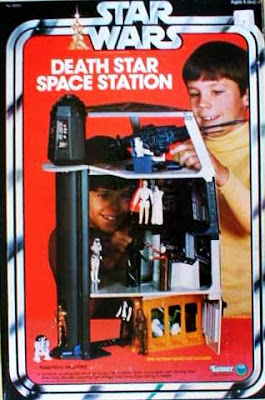 2. The Kenner Death Star Playset from Sears - Four levels of awesomeness including a green rubber dianoga lurking among the Styrofoam garbage of the trash compactor. 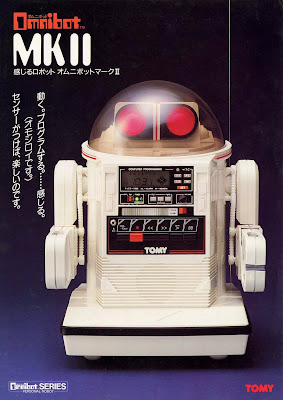 3. Omnibot - Supposedly you could program the thing to bring you drinks at a certain time. I only ever figured out the alarm, but it was way cool to see its eye-lights flash to the tune of The Pointer Sisters' Neutron Dance.  How I screamed in delight when I got this thing. A year later the Omnibot 2000 showed up in the catalogs, teaching me a harsh boyhood lesson about obsolescence and the march of progress. 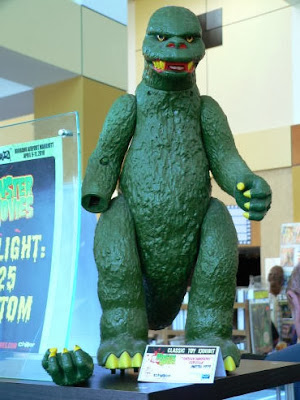 4. The 1979 Shogun Warriors Godzilla. A lever in the back of his skull made his fire tongue flick out, and a button in the pit of his elbow caused big G's fist to shoot out. One of my earliest toys. Loved it.  The tip of his plastic tail came off and I used to fill it with water and drink out of it like a Viking horn for some reason....The Bandai toys surely surpassed it in accuracy, but it was the bee's knees when I was a kid. 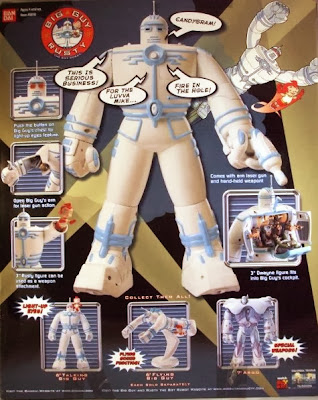 5. I picked this one up for my son, but wound up keeping it after he went to college. It's a talking depiction of the piloted giant mech character (complete with pilot) and his nuclear powered little buddy from the titular cartoon show, based on the comic of the same name from Geof Darrow and Frank Miller. A great toy from a great show that didn't last as long as it should've. The sayings alone are worth it. 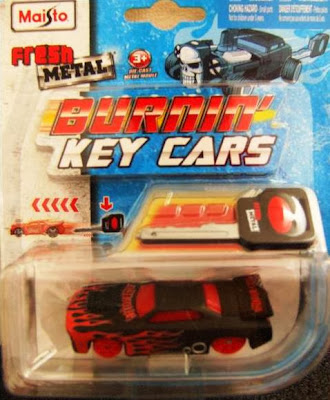 7. Burnin' Key Cars - They were Matchbox cars, but each had a key you inserted in the back end. You squeeze the key and the cars took off, a good distance. So cool. 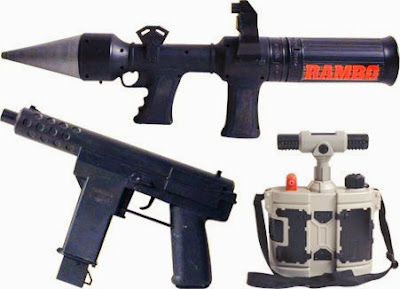 8. Entertech - Before the Sgt. Powell story from Die Hard caught fire and water guns started being painted lime green and looking like steampunk weaponry, we had Entertech, who put out realistic looking motorized waterguns aping everything from RPG's to M-16's. At some point they got the Rambo license and started putting John J's surname on the butts of their guns, but you could cover it with electric tape. Accurate up to 20 feet! 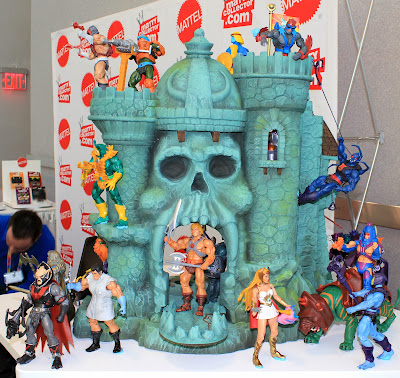 9. Castle Grayskull - Perenially on my wish list. SO incredibly cool looking. I never got one.

10. M*A*S*K Rhino - The whole line was full of awesome vehicles, but the tricked out Rhino trailer truck from M*A*SK with its mini tank and working mortar (and TWO masked operatives) barely nudged out the plane that could turn into a chopper.

Ed: I love your selection of toys.  We share a love for that Kenner Death Star playset.  What an amazing toy! Also, I always wanted that Godzilla Shogun Warrior.  I thought that was the coolest toy ever.  I eventually got a Mazinga (which I know longer own, alas...I gave it away to a neighbor's kid in 1988 when I left home for college...), but I've always lusted for that Shogun Warrior Godzilla.   Same thing for the U.S.S. Flagg.  What a great toy that must be...

Readers: don't forget to send me a list of your favorite childhood toys at Muirbusiness@yahoo.com.
at December 10, 2013