A Very Doctor Who Christmas Morning 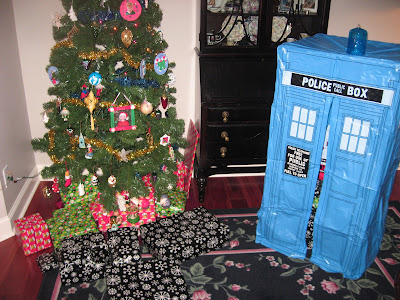 So...my six-year old son, Joel, has watched some Star Trek, Land of the Lost and even Space: 1999 with me over the last several months, but the "classic" sci-fi series that has really revved up his imagination is...Doctor Who.

We watched "Tomb of the Cybermen" together recently (and then "The Sontaran Experiment," "Revenge of the Cybermen" and "The Krotons"), and Joel has been absolutely hooked.  We have "Seeds of Doom" and "The Hand of Fear" in our future.

Accordingly,  Joel is having a Doctor Who Christmas this morning, with a visit from the TARDIS, as you see it above at our Christmas tree (overloaded with presents on the inside.)

And below is Joel's home-made Cyberman "tomb" on Telos, with Cybermen troops and cybermats just ready to awaken for more adventure. 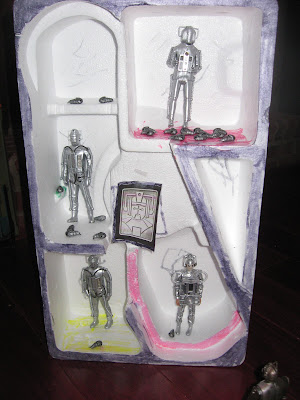