In just a few short months, The Starlost, a Canadian series produced and aired in 1973, will celebrate its fortieth anniversary.

Well, that’s part of the reason I’ve decided to feature it as my next cult-tv blogging survey.  It’s largely forgotten, or suffers from a terrible reputation.

The first thing to remember about The Starlost is that was a low-budget program, even in its time. Each hour-long episode cost approximately $100,000 to make, which means that it cost in 1973 considerably less than what the average episode of Star Trek cost in 1966.

Furthermore, writer Harlan Ellison -- the creator of The Starlost – disowned it, and is credited on the program under the alternate name "Cordwainer Bird." Although Ellison won a Writer's Guild of America award for his original pilot script in 1974 , the experience of toiling on The Starlost left a bad taste in his mouth, and the acclaimed author wrote about the experience in detail in an afterword to Phoenix Without Ashes.

Science advisor Ben Bova, another highly-respected name in the genre, similarly disowned the Toronto-lensed series, and satirized his experience working on it in a novel called The Starcrossed.


The behind-the-scenes problems on The Starlost remain the stuff of legend for the knowledgeable sci-fi TV fan. Special effects genius and talented director Douglas Trumball (of Silent Running, Brainstorm, etc.) served as an executive producer and contracted to create the special effects for the space series during the early -- and experimental -- age of the medium of videotape. The original intention had been to shoot The Starlost entirely on videotape utilizing a revolutionary effects integration process known as "Magicam."

This technology would have permitted actors to interact with miniature sets and locations in a fashion that was neither limited nor static, not entirely unlike the Introvision projection process spearheaded in the early 1980s and deployed in films such as Outland (1981) and Darkman (1990).

However, in 1973 Magicam was undependable and the harried, under-the-gun team crafting The Starlost was forced to abandon it all together. Instead, the team --  lacking adequate studio space in which to shoot their outer space epic -- resorted to old-fashioned chroma key or "blue screens" (in this case, utilizing sets that consisted entirely of blue curtains).   Chroma-key is the technique used, as well, in Land of the Lost (1974 – 1977).

Unfortunately, chroma key requires a static background, which means that the would-be grand shots featuring futuristic panoramas and vistas were sometimes boring rather than illuminating or fantastic. The dependence on such shots for even basic settings (like the oft-seen bounce corridor) results in a dramatic program that sometimes seems quite slow-paced and staid from a visual standpoint.  There’s a claustrophobic, cluttered feel to the series and star Keir Dullea in a Starlog interview once likened performing in the program to “acting in molasses.”

And then -- the sure-fire kiss of death  -- a rumor was spread in the burgeoning American genre press (and repeated in the Pioneer book The Best of Science Fiction Television [1987]) that a writer's strike during production of The Starlost resulted in high school students - high school students for god's sake! - writing the last few episodes of the series. (One of which included the popular 1970s tropes - killer bees.)

As there always is, however, there is another side to the story.

For instance, in Canada (where The Starlost played on the CTV network), the series drew exceptionally strong reviews.

The Toronto Star's Jack Miller, writing on September 15 of 1973 said the following (concerning the pilot "Voyage of Discovery"):

"From a deceptively slow and somber opening scene, it inched quietly into a spectacle that, in depth of plot and sincerity of acting and staging, was a world ahead of Star Trek, television's last big effort at the one literary form which has always (until now) defied the small screen's efforts to transfer its sense of wonder from the printed page to a visual image. To phrase it more simply - this is the best science-fiction series ever to come to television by a country mile (or should we say a light year?)"

Two days later, critic Joan Irwin of The Montreal Star echoed the sentiment: "The Starlost shows every sign of inheriting the mantle of the phenomenally successful Star Trek which is now in its umpteenth rerun and has just become an animated Saturday morning series as well."

Is this merely Canadian pride speaking up, or did The Starlost boast some merit as a dramatic program?  This is one of the issues we’ll gaze at in the weeks ahead as we examine each episode.

As established in Mark Phillips and Frank Garcia's authoritative reference book from McFarland, Science Fiction Television Series (page 386), The Starlost was not the ratings failure some have portrayed it as.  In fact, it quickly proved the second highest-rated series in Canada, right behind the American program, Ironside.

Another interesting fact the authors point out: The Starlost (which lasted just sixteen episodes) was on the bubble for renewal with NBC in America, which aired the show on over forty of its affiliate stations. The series producer, William Davidson, reported (in the Phillips/Garcia text, page 387) that the "initial reaction in Los Angeles, New York and other U.S. cities was excellent."

Ultimately NBC canceled the series -- but not because of low ratings (which is what is indicated in the series' Wikipedia entry...) -- but because 20th Century Fox could not continue the show without the financing of NBC.

To some degree, everything I have written here qualifies as “inside baseball” stuff.  The real test of a series is the nature of the storytelling, and the specifics of the episodes.

In terms of story, The Starlost is the story of three innocents of the year 2790 -- Devon (Keir Dullea), Rachel (Gay Rowan) and Garth (Robin Ward) -- who learn that life as they know it is a lie.

They live peacefully in the small agrarian community of Cypress Corners until Devon discovers, quite unwittingly, that it is but one “habitat” or “dome” among many.  He and all his people are actually travelers aboard a vast, technologically-advanced generation ship called “Earth Ship Ark.”

Devon learns from the ship’s malfunctioning computer that a terrible catastrophe befell Earth and so three million people – and several distinct cultures – were preserved in separate and independent domes.

Unfortunately, in the hundreds of years since Earthship Ark began its voyage to find a new habitable world, another accident occurred.  Now the ship is on a collision course with a “Class G” star, and the crew is dead, or asleep in stasis.

Realizing that all life on the ship -- and humanity itself -- is imperiled, Devon sets out with Rachel, the love of his life, and Garth, a rival for her affections, to find the knowledge to save the ship.  The journey will take him to cultures and domes beyond his imagination.

Up next this, morning, our journey with The Starlost commences with “Voyage of Discovery.”
at November 04, 2012 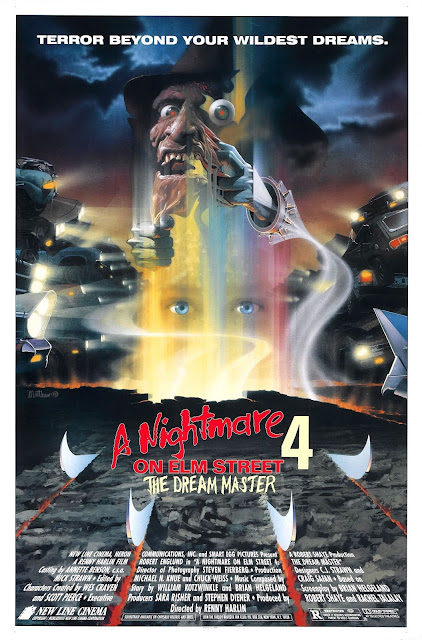