Ask JKM a Question #13: What films should be remade? 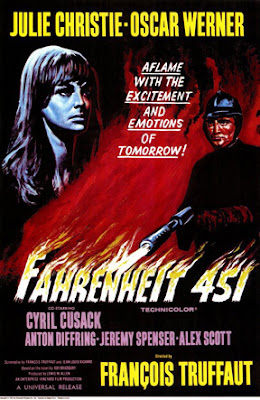 “There have been many unnecessary movie remakes lately, as you have frequently discussed on your blog. I was wondering if there were any movies that you feel should be remade.

With Ray Bradbury's recent death, one that comes to my mind would be Fahrenheit 451. Frank Darabont has wanted to remake that movie for years (or more accurately re-adapt the book) and I wish that he could. I am positive that he would do an excellent job with the material. The original Truffaut film has not aged well over the years, plus the story is more relevant than ever.”

John, that is a wonderful question, and I’m sure it will provoke good discussion here.

I like and admire very much Truffaut’s version of Fahrenheit 451.  But I feel, too, that going back to the book and adapting it again would prove an interesting exercise in today’s world. I wouldn’t be debauched  by a Darabont-driven Fahrenheit 451.

I’d be satisfied that -- in the hands of an intelligent filmmaker – the Bradbury material would be presented well, and perhaps, as you say, speak very meaningfully to our times: the era of short attention spans, apparently.

The great irony of our epoch is that everyone is walking around equipped with digital readers -- Kindles, tablets or IPhones -- and yet the breadth of the discourse is becoming reduced, widely, to 140 word chunks.

So I agree with you that Fahrenheit 451 might prove very timely and interesting if remade today.

My qualm with movie remakes in general is that there are so many great stories out there that have not yet been transformed to film at all.  Why not focus on some of them instead?

Technologically-speaking, we’re at a point where cinematic adaptations of these works could well match the fantastic imagery of the books.

This initial preference established, I also feel that some authors’ works would be well-served by intelligent and faithful remakes. 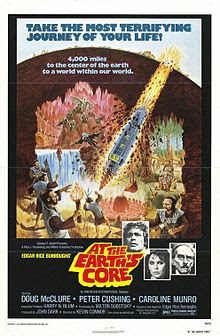 I’m certain that no producer is racing to adapt Edgar Rice Burroughs’ properties after this summer’s John Carter, alas, but I’d love to see At the Earth’s Core remade. It could launch a series of Pellucidar films.  In our culture, we've moved away from the brand of “lost world” story that this cycle of books represents. But done right, At the Earth’s Core could set off a renaissance in the form.

I would also really love to see a new Doc Savage film, but fear it would suffer from the same poor marketing and general disinterest that John Carter unfortunately met.  It's a "myth" that has not translated to the 21st century, sadly.  But a remake would be welcome in my eyes.

My determination of what films would succeed as remakes rests, largely, I suppose on the times.

Right now, we’re seeing vast inequalities in wealth and opportunity here in the United States: the one percent vs. the ninety-nine percent.

In this world, They Live (1988) and The People under the Stairs (1991) -- both of which focus on this very idea -- are certainly more timely than ever. Contemporary remakes of either would reflect the current Zeitgeist.  The problem is finding a Carpenter or Craven who can remake those films well, however.

I do try – and try hard -- to consider and respect every remake on a case-by-case basis.  But I am not enthusiastic about remakes for a two specific reasons, which I shall now enumerate. 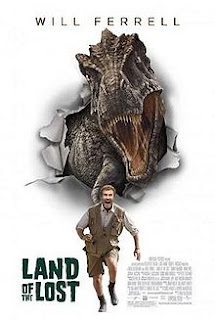 1.  A no sub-text, no symbolism age.  Many of the remakes we see today are recasting of films from the 1970s; originals that remain rich in subtext and symbolic meaning.  I interviewed a prominent film editor working in Hollywood in 2007 who told me it is actually a rule at many studios that modern movies cannot boast significant subtext or symbolism.  He confirmed for me that scripts are written with subtext and shot with subtext…and the subtext is rigorously ripped out during the editing process.

Now, clearly, we do see some films featuring significant subtext and meaning in this modern environment. Prometheus (2012) and Black Swan (2010) are but two examples of recent films that I’ve reviewed here featuring layers of meaning.  But I believe they tend to be the happy exception rather than the mind-numbing rule.

Accordingly, I have no desire to see lobotomized remakes of Logan’s Run, Silent Running, Soylent Green, THX-1138, Zardoz and other beloved films from this era.

Now, if it were announced that Ridley Scott, James Cameron, Brian De Palma, or Darren Aronofsky were helming any one of these remakes, I would be excited and optimistic. I’d also take Zack Snyder or Andrew Stanton.

But realistically…what are the chances? 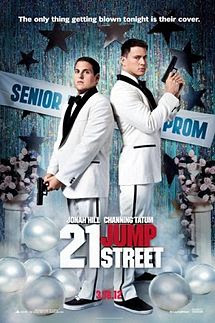 2. Brand Name Theft/Artistic Hubris. In general, there’s a weird conflict happening in Hollywood right now.  Old properties are being mined deeply as “brand names,” but the artists helming these remade properties evidence zero respect for the original properties.  They don’t seem interested in adaptation, but  rather imposing their own (often bad...) ideas on a fiction-based world with an already established subset of characteristics, values and meanings.

So long as remakes aren’t approached with some sense of respect, we’re going to keep getting ones like Land of the Lost (2009) with Will Ferrell, or the dreadful 21 Jump Street (2012), or even Dark Shadows (2012).

These remakes appropriate a popular title, but not the artistic essence of the original property.

I like to haul out the example of Shakespeare’s Hamlet to illustrate this point.  It gets remade all the time, with sometimes a slightly different accent or stress.  But by and large, we know what we are going to get when we see a remake of Hamlet.  The values of the original work of art remain largely intact, no matter what lens an artist uses to translate it. It's still Shakespeare, but Shakespeare through the lens of a committed adapter.

You can’t make the same statement for the remake titles I listed above.

In Land of the Lost, 21 Jump Street and Dark Shadows the values of the original piece are replaced with entirely new values, thus making the films not valid remakes but rather mere appropriations of popular brand names.

As long as this paradigm reigns, I prefer no new movie remakes at all.  But when they come – and they will – my pledge is that I will weigh each one on an individual basis, and judge the artistic merits accordingly.

Overall, I assess that there are enough original ideas and un-adapted books out there to assure that a bad remake never again darkens a single movie screen.

And yet, rest assured, one will. Movies now get one weekend to live or die. As long as that's the case, studios are going to gird their "product" with every possible advantage.  One advantage is the all-important brand name.  It will draw people to the theaters on opening day.  Only later -- after the tickets are paid -- will the artistic recriminations begin.
at July 23, 2012