The Essence of Excellence 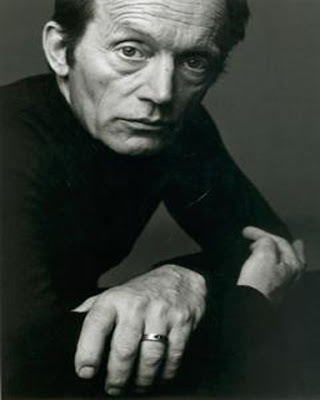 Troy Foreman, one of the dedicated and wonderful masterminds of Back to Frank Black, has this morning penned a personal tribute to Lance Henriksen specifically for this blogathon, and on the artist's birthday.  Enjoy!
The Essence of Excellence
By Troy Foreman

I was sitting in my apartment recently watching the movie The Quick and the Dead for the 100th time. As I sat and watched names like Stone, Hackman and Crowe glide across the screen, I realized one thing. Although their names may have been more recognizable, it was Lance Henriksen’s performance as Ace Hanlon that was the highlight of the film, even if his time on screen was considerably less than the rest of the cast. For someone to take a role with ¼ the time on screen and make it memorable in my opinion is a true actor.
That is what makes Lance Henriksen stand head and shoulders above most of the actors in the business today. The ability to take roles that others would consider throwaway or trivial and make them his own and interesting. Bringing characters to life that on paper, truly had no life. Lance has been in the acting game for over 40 years and he has a host of A list credits to his name. Dog Day Afternoon, Terminator, Aliens, Near Dark and Hard Target to name a few, but for me, it’s the smaller independent films that he chooses to do that sets him apart from the pack. Now, some may question many of the films that Lance has been involved with. Speaking to him on several occasions he even commented on some of the roles he chose to play, calling them “alimony” or “jetlag” movies, but he still brought his A game to the roles.
Working on the Back to Frank Black campaign I have had the unique honor of talking with Lance about the movie business, his thoughts on acting and what it means to him to be an actor. I think he said it best, “if you’re not acting, you’re not an actor.” I think that statement sums up many aspects about Lance, his work ethic and his love for the craft. At the age of 71, he is still one of the most sought after actors in the business. I can only imagine what it would be like to be an actor standing across from Lance right before the director yells action. Known for being a very intense actor, his presence can only help but elevate the performances from the actors around him and that is a true actor.
I think anyone who has the aspirations of becoming an actor should be able to spend one hour in a room with Lance and get his philosophy on what it is to be an actor. Lance doesn’t preach, he educates. That’s one major thing that in my opinion sets Lance apart from all other actors.
He is the essence of excellence.
Thank you, Troy, for sharing this with all of us today, and for all the work you do for Millennium fans every day.  It is very much appreciated.
at May 05, 2011