In Mexico, Ben Richards (Christopher George) is attacked and shot in an alley.

The badly wounded immortal is aided by Garland Colley (Herbert Jefferson Jr.), a drifter who offers to help him get across the border to America using an ‘underground railroad’ of sorts for illegal immigrants.

Once across the U.S. border, however, Ben and Colley are quickly sold into servitude at a tomato ranch, where a draconian task masker, Loomis (Michael Conrad) works his field-hands to death, even exposing them to a toxic pesticide. Loomis’s prized crop is under attack from pin-worms, and the workers, who have no rights because of their illegal status, have no voice in the matter.  They can work, and die. Or they can refuse to work, and also die.

As Ben recovers from his injuries, he learns he is at the Henderson Ranch, and that Loomis is just as brutal to the owner of this “hard-scrabble farmland” as he is to the workers: Alpha Henderson (Jacqueline Scott).

After Colley dies, saving Richards’ life a second time, Ben and Alpha work together to stop Loomis from his continued exploitation. They burn down the tomato crop, destroying Loomis’s ability to harm any others so he can make a profit. 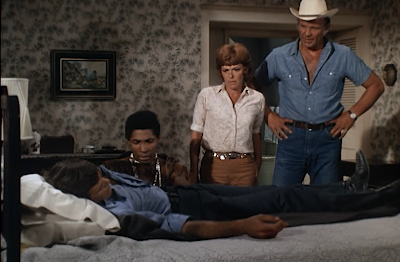 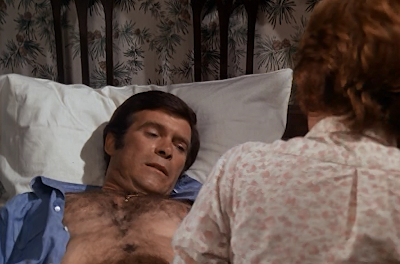 Well, after last week’s compelling episode “The Queen’s Gambit,” it’s back to business as usual on The Immortal (1969-1971) in “By Gift of Chance.”

Once more, the audience finds Ben Richards in an adventure that has absolutely nothing to do with his unique blood, or unusual situation.  Instead, he’s just the generic man on the run, encountering people, this time immigrants, who need his help.

As we have come to expect, there’s also a romance (or pseudo-romance, this week), with the female guest star of the installment, and a touch of social commentary too. In regards to the latter quality, “By Gift of Chance” is certainly timely, since it involves illegal immigration, and exploitation of immigrants, once they have arrived in the United States. Because of their illegal status, they are easily manipulated and mistreated by unscrupulous business interests

“By Gift of Chance” is enlivened, largely, by the presence of a sci-fi cult-TV favorite, Herbert Jefferson Jr., who played Boomer on the original Battlestar Galactica (1978-1979), and is this week’s sacrificial lamb character. 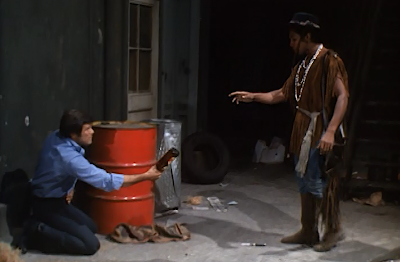 The sacrificial lamb, in case you are wondering, is the character in series such as this one whose decency and friendship -- and then untimely death -- lead the rugged man-on-the-run to act affirmatively for the defense of others.

We had a sacrificial lamb type named Charley a few weeks backed in “The Rainbow Butcher.”

At this point, all the story and character elements: man on the run, hapless pursuer, female love interest, and sacrificial lamb are so firmly ensconced in the formula that episodes of The Immortal seem to write themselves. That’s the greatest disappointment of this series, no doubt: the utter reliance on an old formula.

But here’s the thing that really vexes me when I think about the series: are episodes like “Man on a Punched Card” or “The Queen’s Gambit” only so strong because of the fact that most other episodes are run-of-the-mill man-on-the-run tropes like “By Gift of Chance?” 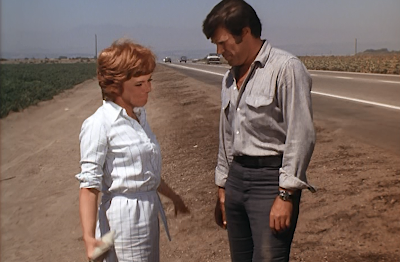 Would the good episodes even register as such without all the formulaic ones?

I don’t know for sure, but this week, while watching, I thought of how imaginative The Immortal could have been. Each episode could have jumped ahead a decade or so since Ben Richards could have been the same age, in each decade, and there would have been no need to use old-age make-up on Christopher George.

It would really be fascinating to catch up with him twenty, or thirty years, into his fugitive run.  Of course, Fletcher would have aged at a much faster rate.