COLLECTIBLE OF THE WEEK: Space:1999 Pinball 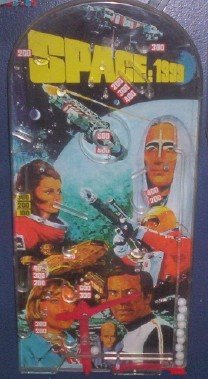 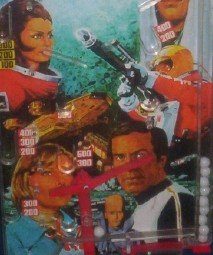 Here's a fun sci-fi collectible I picked up twelve years ago (in 1994) in Charlotte, at a store on Albemarle Road that's long out of business.

Forget Elton John or Roger Daltrey, the real pinball wizard is Commander John Koenig of Moonbase Alpha...
I bought this Space:1999 wall pinball game for $25.00 back in the day, and it has hung proudly on my wall ever since.
I remember some reviews of 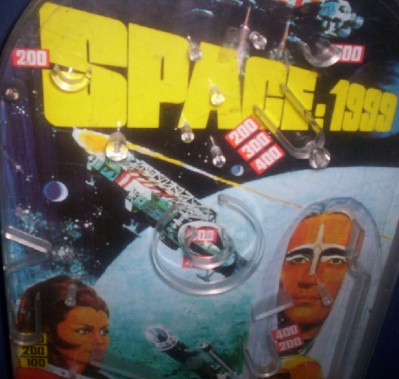 Space:1999 back in the disco decade actually compared the series' traveling, intergalactic moon to a pinball bouncing around the cosmos...and well, now I can make that metaphor literal.

As you can see, Catherine Schell's beautiful creation is included here (on the middle left). Although the rest of the imagery is clearly Year One (including Christopher Lee as Zantor from "Earthbound" and Dione's battleship from "The Last Enemy") Helena is Year Two friendly, wearing one of those colorful Freiberger jackets with the big collars...

I've seen a Land of the Lost pinball unit just like this on sale for E-Bay occasionally. I've really got to get my hands on that one.
at May 30, 2006