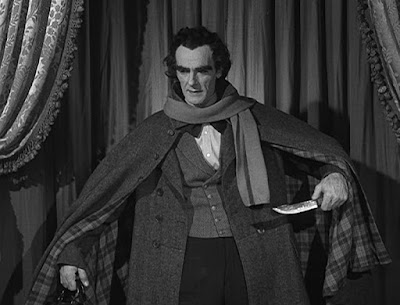 A wax sculpture is a figure resembling the original model, only created in wax, and displayed, usually at a museum or other attraction.

Wax figures have been avatars for horror in film and television going back more than fifty years. In this case, however, I am looking at “cult-TV” wax-figures. 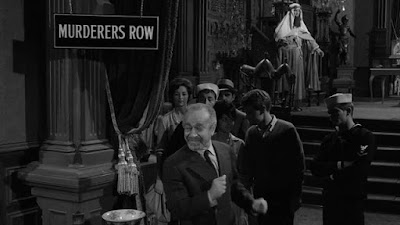 A creepy episode of Rod Serling’s The Twilight Zone (1959-1964), “The New Exhibits” (1963) concerns a man, Senescu (Martin Balsam) who worked the “murderer’s row” exhibit in a wax museum, Ferguson’s, where duplicates of Jack the Ripper and other notorious human monsters were on display.

When the museum was going to be torn down, Senescu decided to bring the figures to his home. This was, as you may guess, a decision he came to regret.

A wax figure turned up in the unlikely place of the final frontier, in Star Trek’s (1966-1969) “Shore Leave.”  There, on an amusement park planet, a black knight killed Dr. McCoy (De Forest Kelley), and when his helmet was lifted, the knight was revealed to be an apparently lifeless wax-figure. 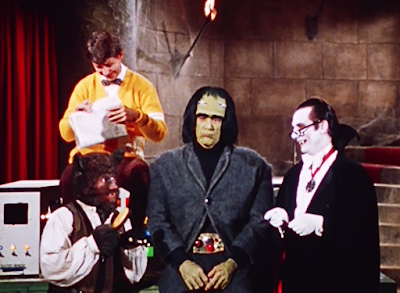 The 1976 Saturday morning TV series, The Monster Squad (not to be confused with the eighties movie) had a premise based on a wax museum and wax figures.

There, in the museum, wax figures of Dracula, the Wolf Man, and the Frankenstein Monster came to life, and solved crimes. Their home base was the wax museum. But intriguingly, the series was not about the classic monsters resurrected in the 1970’s, but about their wax sculptures brought to life.

The wax figure or museum trope survives to this day. 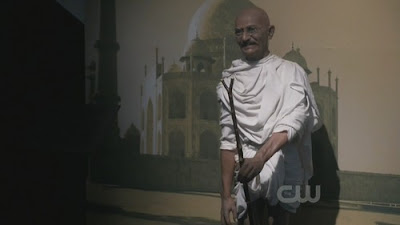 In 2009, “Fallen Idols,” an episode of Supernatural (2005 - ) revisited the cliché, and also connected back to the (not-well-received) remake of House of Wax (2005).  That film starred Supernatural star Jared Palecki and Paris Hilton, and they were reunited in “Fallen Idols.”  Here, the Winchesters encountered figures of Lincoln, Gandhi, and aforementioned Hilton. 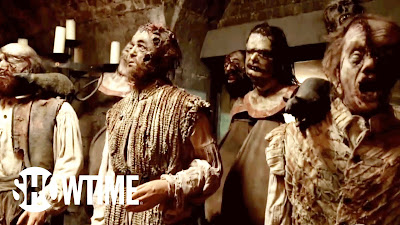 In the second and last season of Penny Dreadful (2015-2016),  Oscar Putney creates a waxworks museum (as competition for Madame Tussaud’s), and is a recurring character. He makes the mistake of hiring the Frankenstein Monster to work at his attraction.
at October 09, 2017