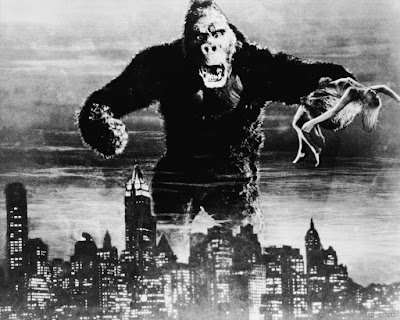 On Friday, March 10,  the great beast, King Kong makes a triumphant, big-budget return to movie screens across America in Kong: Skull Island (2017), and a cinematic story that began in 1933 continues with a new chapter.

I'll be devoting space on the blog this week to the King Kong phenomenon, which consists of films, TV appearances and even vintage merchandise.

It's strange to think about, but the world has seen King Kong films, cartoons, spin-offs, parodies, and, of course, remakes for nearly eighty-five years now.

Intriguingly, King Kong has been a part of movie history through every type of special effects presentation one can imagine. The giant ape has been presented through stop-motion animation, man-in-suit effects, and CGI.  In short, he has endured major changes in the film industry, and blockbuster movie making.

What hasn't changed -- at least much -- is the key idea or theme underlying the King Kong Cinematic Myth: a noble, wild creature brought back from his kingdom in the wild -- where he is dominant -- only to be exploited by avaricious man.

The other conceit of the King Kong myth is the beast's devotion or love for a human woman (Ann Darrow, Dwan, or even, in Japanese film, Lt. Susan Watson), and the way that this devotion leads often him to tragedy.

Some other themes surrounding Kong's story include the journey to find something new and amazing -- and unspoiled -- outside Western civilization (1933), a Depression Era parable of escape and also inspiration.

This idea was later adjusted to concern the rape of the natural environment (for the Energy Crisis, 1976 edition).

"The Eighth Wonder of the World," King Kong has intrigued, terrified, and awed audiences of multiple generations, and is now about to join Godzilla in a shared "monster" universe. Kong has also been a friend to children in his own animated series (1966), and has been imitated often, and poorly (Konga [1961] is a prime example). He has been a plush toy, a model kit, and the subject of TV commercials. 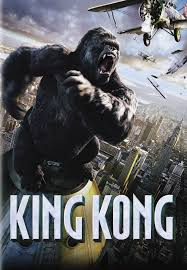 I grew up with King Kong, totally immersed in the character and his story.  I was six or seven when the Dino De Laurentiis film came out, and I loved it through and through (still do), despite critical objections.  I read books about Kong as a kid, as well as a comic book that I wore out.  I built the Aurora kit in regular and glow-in-the-dark editions.

I'm excited to share my love of this character with all of you this week, and also with my ten-year old son, Joel, on Friday. We'll be there opening weekend, to witness King Kong's re-birth.

Welcome to King Kong Week! (And all hail the King.) 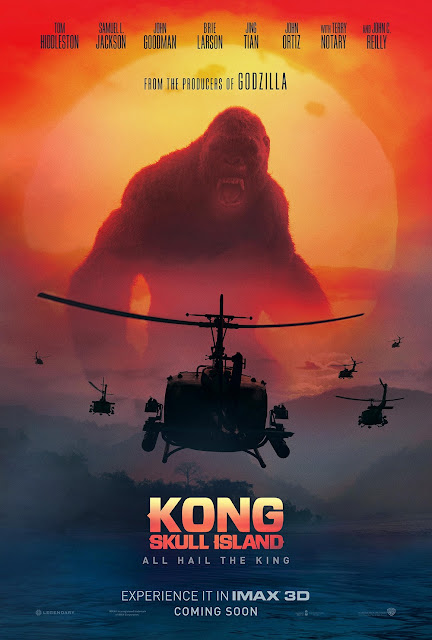