Saturday Morning Cult-TV Blogging: Tarzan, Lord of the Jungle: "Tarzan and the Knights of Nimmr"

In “Tarzan and the Knights of Nimmr,” Tarzan finds a crashed hot air balloon, and follows the trail of the balloonist, perky journalist Anne Talbert, to the lost city of Nimmr, a realm of Medieval Knights.

There, the people are ruled by Queen Grenalda, a kind and compassionate ruler.  Unfortunately, her brother, Sir. Mallad, covets the throne, and has been slowly poisoning her, so he may assume it.  He wishes to marry Anne, and rule the kingdom.

Tarzan attempts to save Queen Grenalda and Nimmr, and accepts Mallad’s challenge to a joust. 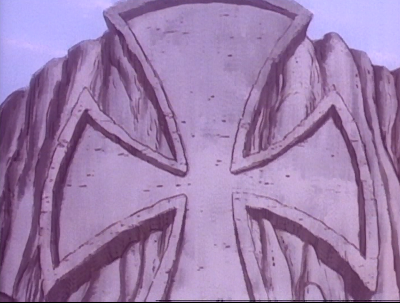 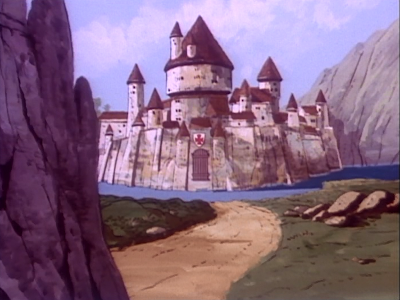 Tarzan, Lord of the Jungle, visits another “lost world of fantasy” in this story. Tarzan finds a journalist (who wants to write a million dollar book), who has been taken to a kingdom of knights and jousting contests.  He once again brings a sense of (Western) morality to this kingdom. We get a little of the history of the kingdom, too.  The people dwelling there are descendants of an English crusade.

Like so many stories, this Tarzan adventure is one that focuses on simple issues of right and wrong.  Tarzan helps the kind Queen, and his example rubs off on Anne Talbert. She realizes she cannot write her book, because to do so would call attention to Nimmr, and result, probably, in its destruction. She gives up her "fortune" for the freedom of others. 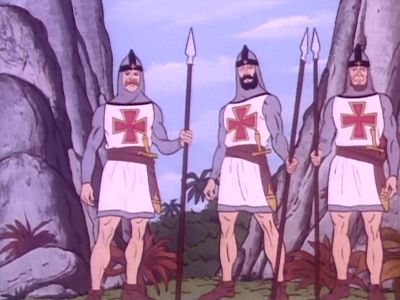 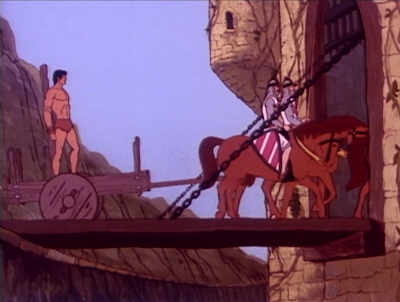 After watching (the generally excellent) Filmation Flash Gordon (1979-1981), I’ve grown a bit tired of stories in which a lovely queen falls for an outsider (a powerful male) who must preserve her kingdom from some internal insurrection.  At least, in this case, Queen Grenalda doesn’t fall in love with Tarzan.