"If there's one thing I don't pretend to understand, it's the human mind," declares our friendly neighborhood android, REM (Donald Moffat) in this, the fourth episode of the short-lived CBS Logan's Run TV series from 1977.

It's a fun line from an interesting character, and our Metallic Mr. Spock has fast become the series' most valuable player. Logan and Jessica remain rather un-charismatic and bland -- but REM? He's cool, and certainly one of Lt. Commander Data's inspirations/antecedents. 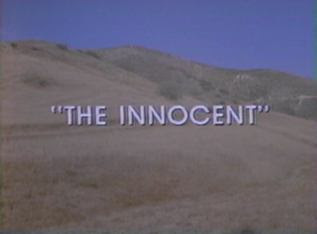 "The Innocent" finds our intrepid heroes seeking to escape Francis (Randy Powell), who is pursuing Logan and Jessica's solar craft with a Sandman ground car. Why the City of Domes -- a hermetically-sealed metropolis shunning outsiders and steadfastly ignoring the existence of "outside" all together -- would need to produce ground cars in the first place is a question we probably shouldn't ask. 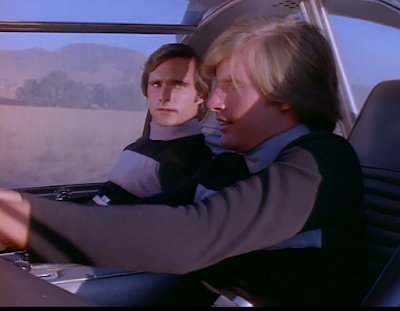 Anyway, Logan drives the solar craft into an "energy mine" field and discovers a heavily guarded bunker behind a force field. Upon investigation, Logan, Jessica and REM find the facility (a pre-nuclear war test center for people with psychokinetic powers...) run by two servile robots, Nanny and Friend (Gene Tyburn).

These two machines care for a lonely adolescent girl named Lisa (Lisa Eilbacher). She's lived there in that underground bunker all her life, and following the death of her father, has been all alone. But now she's an adolescent and suffering from pangs of love for the handsome Logan.

She quickly determines that Jessica is an impediment and -- like Anthony in The Twilight Zone's "It's a Good Life" -- wishes Jessica away to a kind of limbo.

Logan must convince Lisa that learning to love others is something that takes time, and can't be rushed. She is not persuaded at first, and delivers Logan to Francis, before having second thoughts... 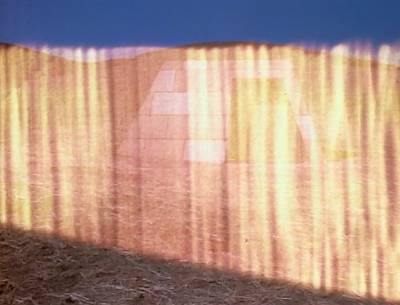 Besides featuring two of the goofiest robot designs you've ever seen, "The Innocents" is also a none-too-subtle re-do of the Star Trek episode "Charlie X," in which a lonely teenager has trouble adjusting to life on the Enterprise, forms a "crush" on Yeoman Rand, and is ultimately lectured to by Captain Kirk.

Looking across the 1960s and 1970s, it is fair to state that this story recurs quite a bit. There is an element, indeed, of "It's a Good Life," but Lisa is not a sociopath like Anthony is.


And, similarly, this was the era of Carrie (1976), the Brian De Palma film about a lonely, shy girl gifted with rare and terrifying psychokinetic abilities. 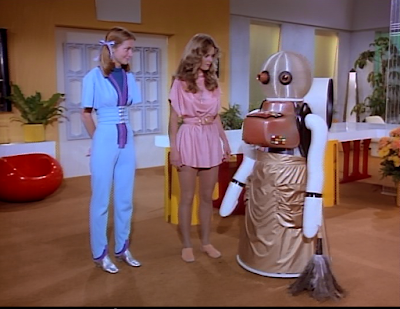 This isn't a terrible Logan's Run episode, but nor is it a high point, either.  he story appears contrived in a lot of ways.  For instance, there is no convincing reason why Lisa would not go with Logan and Jessica, if just for a while, once peace has been made.

She could hitch a ride until she reaches the next settlement, civilization, or outpost, certainly. It's going to be hard for Lisa to make new friends and reach out to others, as Logan suggests, considering that she and her robot friends don't appear to own a vehicle. I guess they'll go on foot (which gives new meaning to the term "pedestrian" sci-fi.)

Also, another problem is this odd counsel of Logan and Jessica. They encourage Lisa in "The Innocent" to get out there in the world, and meet new people, so she will no longer be alone.  At this point, it seems that the writers believe they are working on Star Trek, or in some other universe of multi-cultural understanding and utopian civilizations.

On the contrary, this is Logan's Run, a dystopic, post-apocalyptic series. The world is in ruin. Warlords and tyrants and failed states abound (judging just from what we have seen so far). So is it really wise for Logan and Jessica to tell Lisa to leave her own personal sanctuary and go out and meet people? 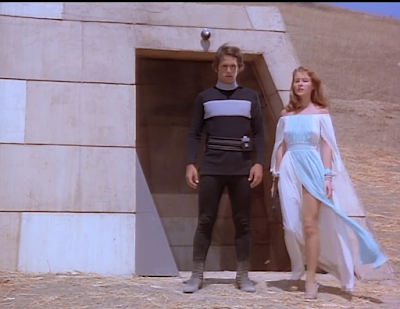 It doesn't make much sense. Sure it seems heartwarming to us, here, in this time.  It is not advice, however, that I would take for me or my family after the fall of civilization.  It seems to me Logan and Jessica are just endangering Lisa, even considering her psychic abilities.

Another problem I have with Logan's Run (the TV series) is simply that it is accomplished so cheaply...and that this cheapness seems to limit the imagination of the series writers. Obviously, the creators of this TV program couldn't afford to create believable societies for Logan, Jessica and REM to encounter each week, so instead, the plan seemed to involve having them accidentally happen upon laboratories, hospitals ("Fear Factor"), dream clinics ("Futurepast") and other unlikely mini-settlements.

This keeps costs down, but also raises questions.  For instance, how do post-apocalyptic hunters have a fully-powered house ("Capture?") Where do they get power? How do they sustain it? After the fall of civilization you just can't assume the electrical grid is up and running.

Fortunately, "The Innocent" provides a nice easy answer to these questions: Lisa powers the whole facility with her psionic abilities.

To look at a positive aspect of "The Innocent," the scenes with the sandman Jeremy and the others cast into limbo are effective, and a little disturbing.  Also, it's nice that Lisa -- well-played by Lisa Eilbacher -- is not a traditional villain, but someone who can be reasoned with. 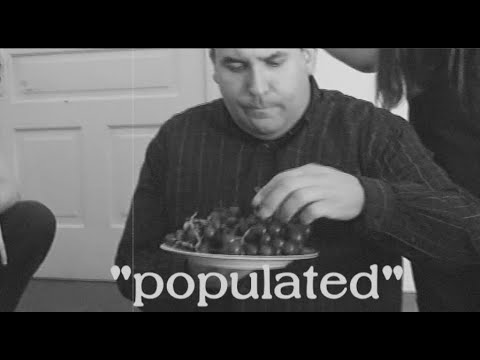