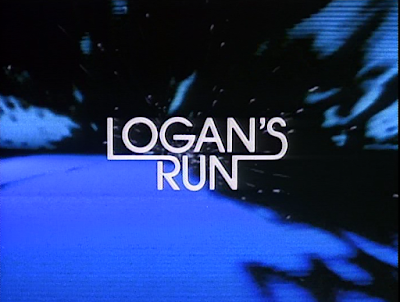 The second Logan's Run episode, "The Collectors" aired on September 23, 1977, and was written by James Schmerer and directed by Alexander Singer.

Bluntly stated, it's an episode that doesn't live up to the potential of the series. The episode is well-directed by Singer, a veteran director of many programs, including Star Trek: The Next Generation, but the story is hopelessly cliched, and just doesn't fit well in the Logan's Run universe.

After their solar-powered hovercraft breaks down in the desert, Jessica (Heather Menzies) and Logan (Gregory Harrison) leave REM behind to repair it while they explore. 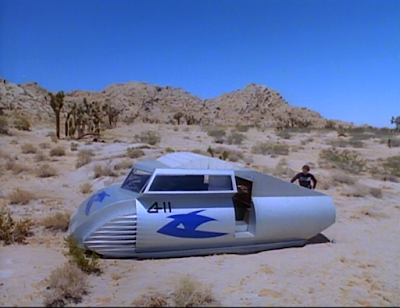 Two aliens, Joanna (Leslie Parrish) and John (Linden Chiles) are secretly monitoring the humans, and decide to test them by granting their every wish.

They create the illusion of "Sanctuary" for Logan and Jessica in order to determine if these two humans are worth taking back to their home world, Kasorla. Their ship is wandering the galaxy collecting two specimens from each planet's dominant species and probing them for fatal defects as a prelude to conquering them. 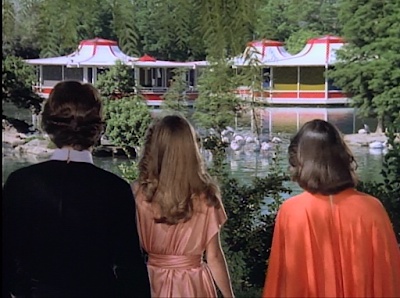 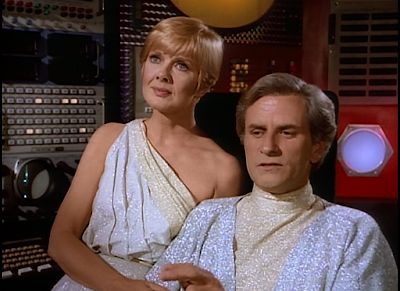 Jessica doesn't seethrough the illusion, but Logan does, and with REM's assistance, plans to pull a fast one on the aliens, releasing all of their specimens and staging an insurrection.

After a careful watching, I have to say that "The Collectors" would have been much more successful if, as viewers, we believed that the alien spaceship really were that grand destination, Sanctuary, along with Jessica and Logan. 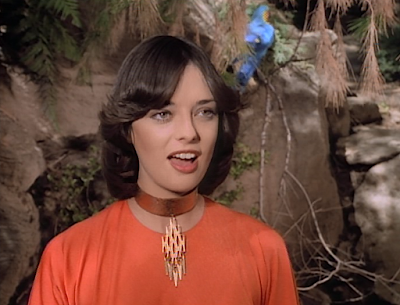 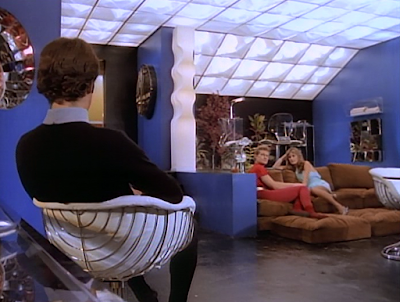 Instead, the episode undercuts the tension it should generate by revealing instantly that "evil" aliens are behind the illusion. This is bad TV plotting.  Had the aliens not been revealed so early, we still would have had doubts about whether this place was really Sanctuary, but we would have been sharing that doubt with the characters, and therefore grown closer to them.

But this way -- with the aliens revealed from nearly the beginning of the show -- that just doesn't happen.

Secondly, the episode really treats Jessica really poorly. I thought she was slightly insipid in the pilot episode, but here this character - a revolutionary from an oppressive society, we should remember - throws caution to the wind and immediately believes that they have located Sanctuary.  She shows no cynicism, no skepticism.

Instead, she falls for the deception hook, line and sinker. She doesn't think it odd that she imagines Sanctuary, and the next moment it appears. She doesn't think it strange that she imagines a runner friend named Martin, and the next minute, he materializes. Jessica is simply not served well by a willing and blind acceptance of what seems far-fetched at best; impossible at worst.

Because Logan is our hero, he's the suspicious one, which fits in with his character, I suppose. After all, he is the only Sandman to have an introspective, questioning side. But I do think there is some "premise" drift here.

Logan is basically an innocent: under 30; never been outside the City of Domes; raised to believe the propaganda of the State. And now, suddenly, in "The Collectors" he comes on all Captain Kirk-like, fitting the pieces of the puzzle together flawlessly.

Yes, he should be suspicious, like Jessica, but would he be able to say flat out, lines like: "If I'm right, our minds our being manipulated. Our thoughts are being made real?" I'm not certain that his education and training would provide him that much information.

Again, it's good that he would be suspicious (unlike Jessica, alas...) but I think he would be baffled and confused and questioning, not aggressively solving the problem. He just doesn't have that kind of experience. 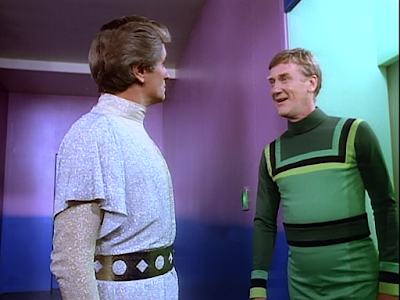 That task should have been left entirely to REM, a machine that can't be cowed by illusions. Logan should have just "felt" that things were off, but not have been able to verbalize it and plot against the enemy so rapidly, confidently, and aggressively. He didn't attend Starfleet Academy. He's not the Commander of a Moonbase. He's the lone questioner from a "we don't question" totalitarian society.

That gives him a leg up, but he's not a genius.

Even beyond these issues of character and plotting, the story line of "The Collectors" is trite. How many times over the years have we met aliens who want to collect Earth specimens in a kind of zoo and bring them back to their planet, only to be dissuaded by the wiles of humankind? Too many, I'd say. It feels a little too Star Trekkish, which -- of course -- was the yardstick for sci-fi programs in the 1970s. The final act is also a plug for Star Wars fans, with the myriad aliens fleeing from their cells, looking in all their glory like the denizens of the Tatooine cantina. 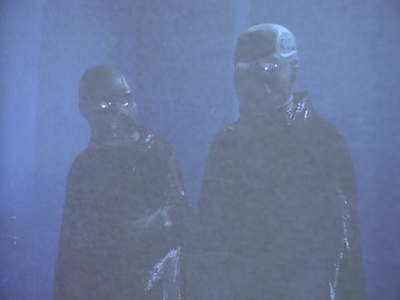 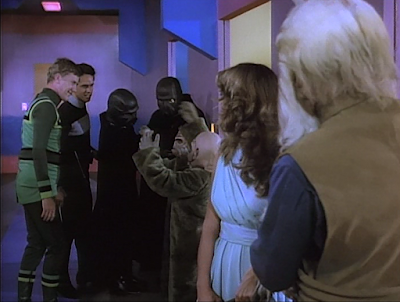 But sadly, "The Collectors" doesn't address the themes and ideas that should be at the heart of a series like Logan's Run.

What do I mean by that?  Well, this is a series about the mess man has made of his own planet. It's a post-apocalyptic world, set in a dystopian future. It's about the growing pains of starting over. About trying to build a world right, this time. Invading aliens shouldn't even enter the picture. And certainly not so early in the program's run. Not in the second tale.

There is a wealth of post-apocalyptic stories and villains worth telling here without ever resorting to an otherworldly invasion or similar menace, and frankly I was disappointed to see this installment drift away from the core concept so quickly.

But then again, early episodes of a series often have difficulty finding their footing. The pilot is usually strong (it must be, to sell the series), and then the first few episodes dip in quality while everybody gets their legs, and then the show -- if it is lucky -- comes back strong.

We'll see in the weeks ahead of Logan's Run recovers from this sophomore stumble.