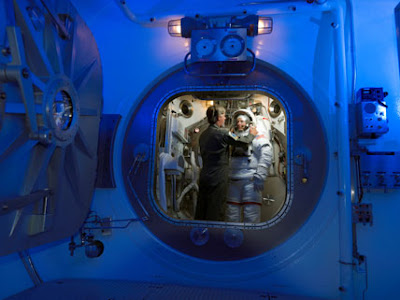 An airlock is a chamber which allows people and cargo to pass between environments of differing pressure.

In cult-TV history, the airlock is famous as a way of getting rid of undesirable characters, at least in theory.  Although airlocks are actually rarely featured in Lost in Space (1965-1968), the famous joke about the series is that Dr. Smith (Jonathan Harris) deserves to be kicked out the airlock. 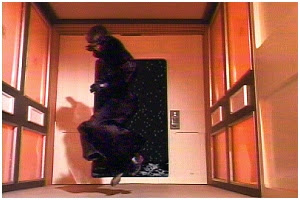 In Space: 1999’s (1975-1977) Year One episode, "End of Eternity, Commander Koenig (Martin Landau) must rid Moonbase of Alpha of a psychotic maniac named Balor (Peter Bowles), and blows him out the airlock. 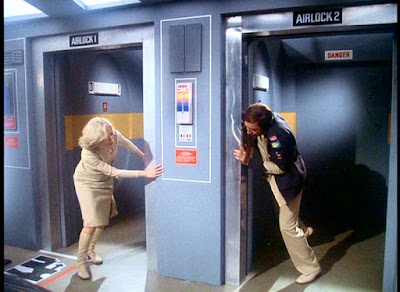 In the Year Two episode, “Brian the Brain,” a diabolical robot, Brian, traps Dr. Helena Russell (Barbara Bain) and Commander John Koenig (Martin Landau) in adjacent airlocks. He makes them endure a love test, where air is limited, and only one of them can survive. 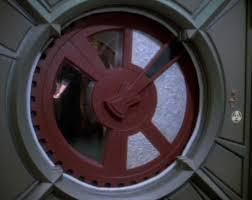 In Star Trek: Deep Space Nine (1993 – 1999), the episode “The Nagus” reveals Rom (Max Grodenchik) attempting to assassinate his brother Quark, the new high Nagus of Ferenginar (at least temporarily…) by trapping him in the station’s airlock. 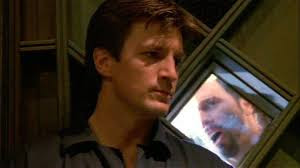 In “Ariel,” an episode of Joss Whedon’s Firefly (2002), Captain Mal Reynolds (Nathan Fillion) learns that Jayne (Adam Baldwin) has betrayed him, personally, as well as other members of the crew, and knocks him out.  When Jayne awakens, he finds himself in the airlock, about to be jettisoned.  He begs for his life, and Reynolds spares him, but the message is plain: one more betrayal and it is adios.

In the aforementioned Battlestar Galactica (2003-2008) re-imagination, in the episode “Flesh and Bone,’ President Laura Roslin (Mary McDonnell) has Cylon enemies, including Leoben (Callum Keith Rennie) pitched out the airlock.